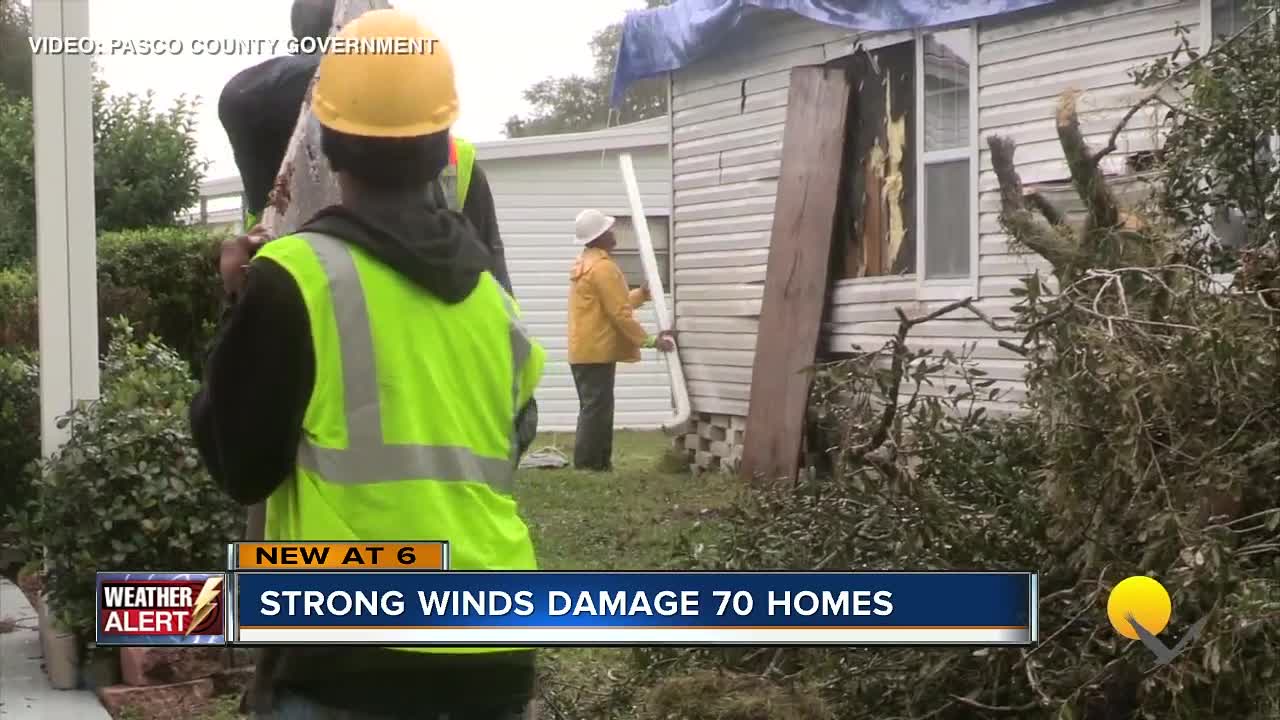 Strong winds caused some bad damage at a mobile home community Thursday morning in Zephyrhills leaving 80 homeowners with a lot to clean up. 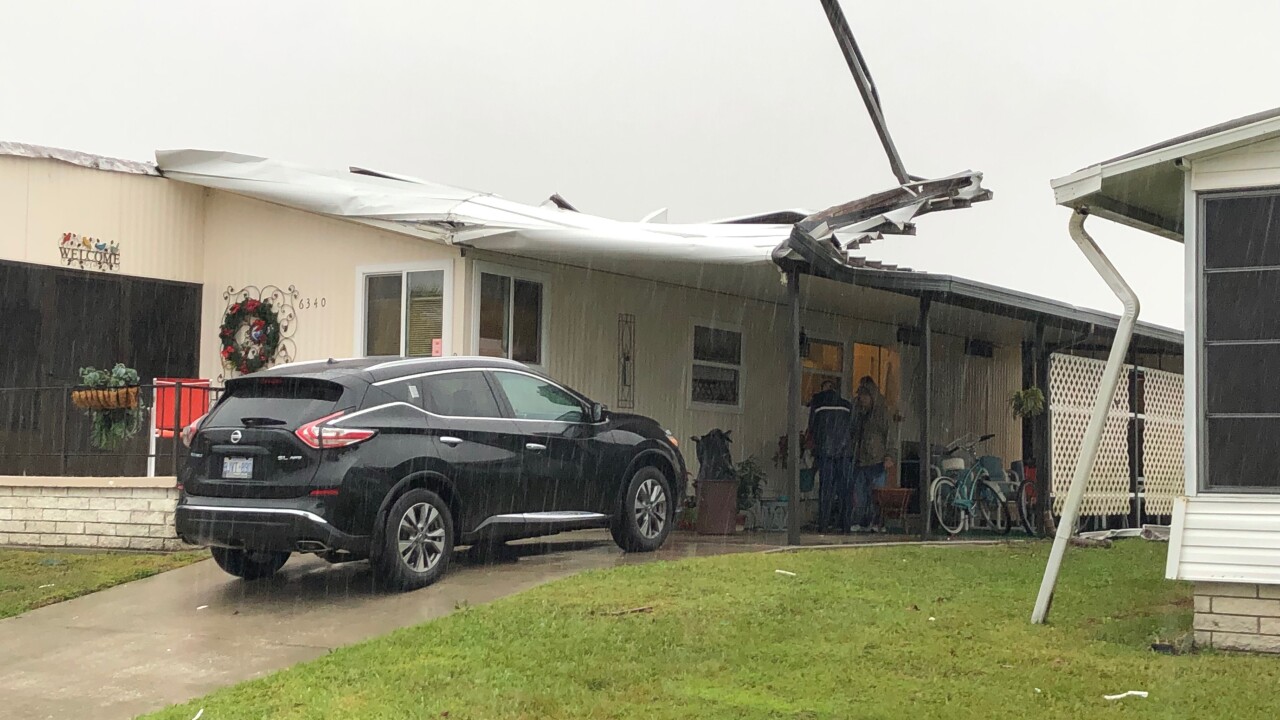 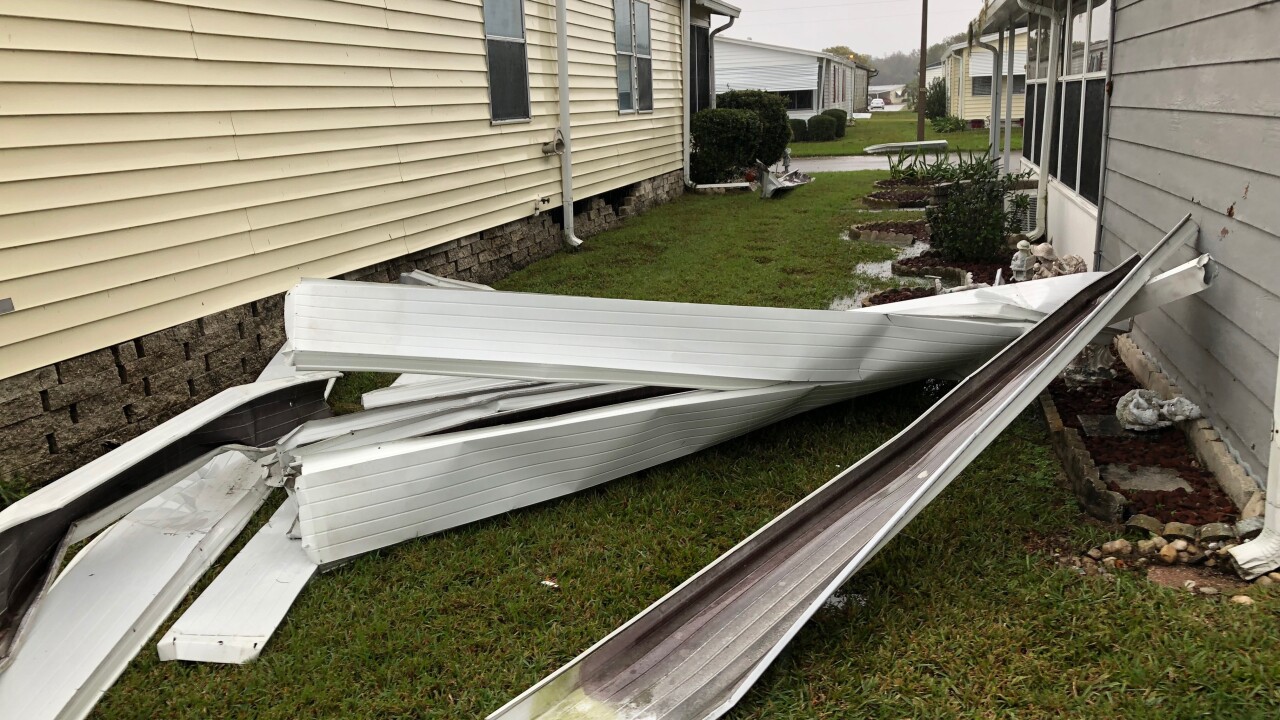 ZEPHYRHILLS, Fla. — Strong winds caused some bad damage at a mobile home community Thursday morning in Zephyrhills, leaving 80 homeowners with a lot to clean up.

"It was just like they say, a train going through. But it didn’t last more than 10 or 20 seconds," said Gilbert Depaepe, a resident of the Forest Lake Estates Community.

But that short time was enough to do some significant damage to DePaepe’s home.

"All of a sudden there was a gust of wind and all we could see was our carport, front awning, and everything gone," he said.

80 homes were in the same shape. Carports and metal sheeting were draped across homes and yards. Roofs were peeled back. The National Weather Services says straight-line winds of up to 60 mph are to blame.

"It almost sounded like a generator running, and then all of a sudden the shutters in my bedroom were going like crazy. I could see out the window, and parts of someone else's house were going past the windows," said Mike Snell, a resident of the Forest Lake Estates Community, who also had damage to his home.

Thankfully no one was hurt. But five of the homes had damage so severe that they are deemed unsafe to live in.