A local family is reunited with their 7-year-old son's therapy dog after the dog went missing over the weekend. 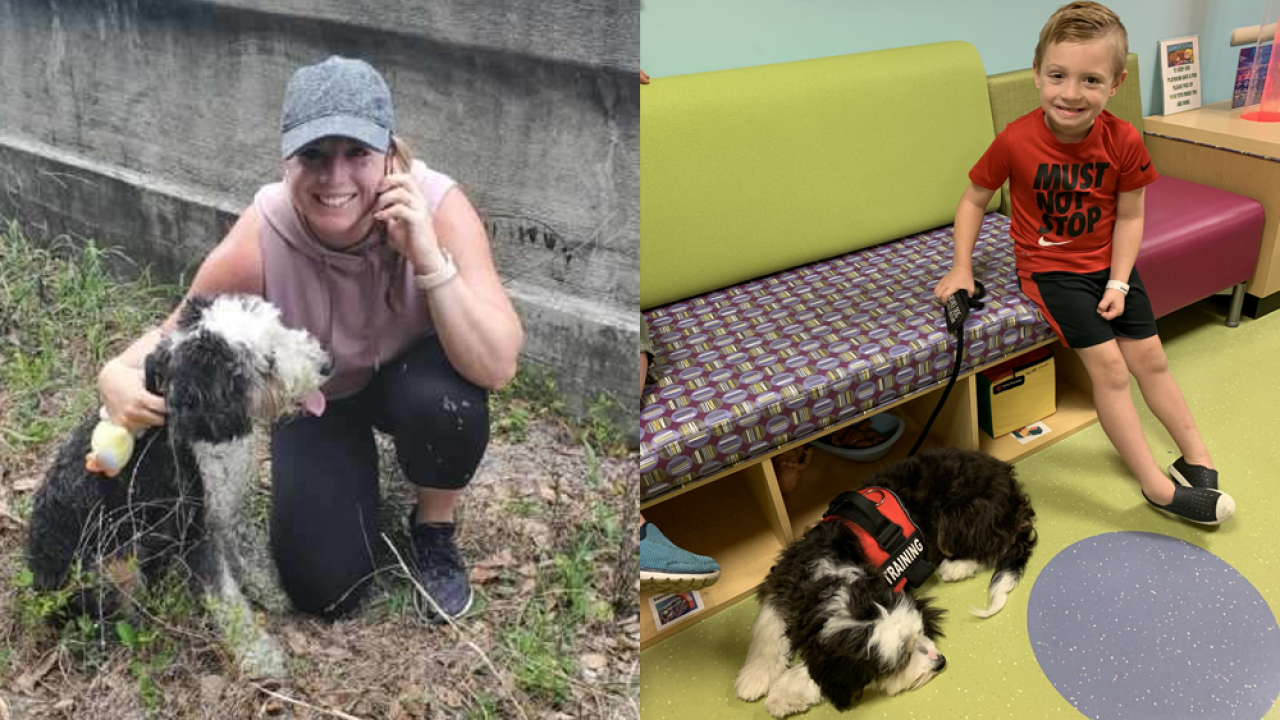 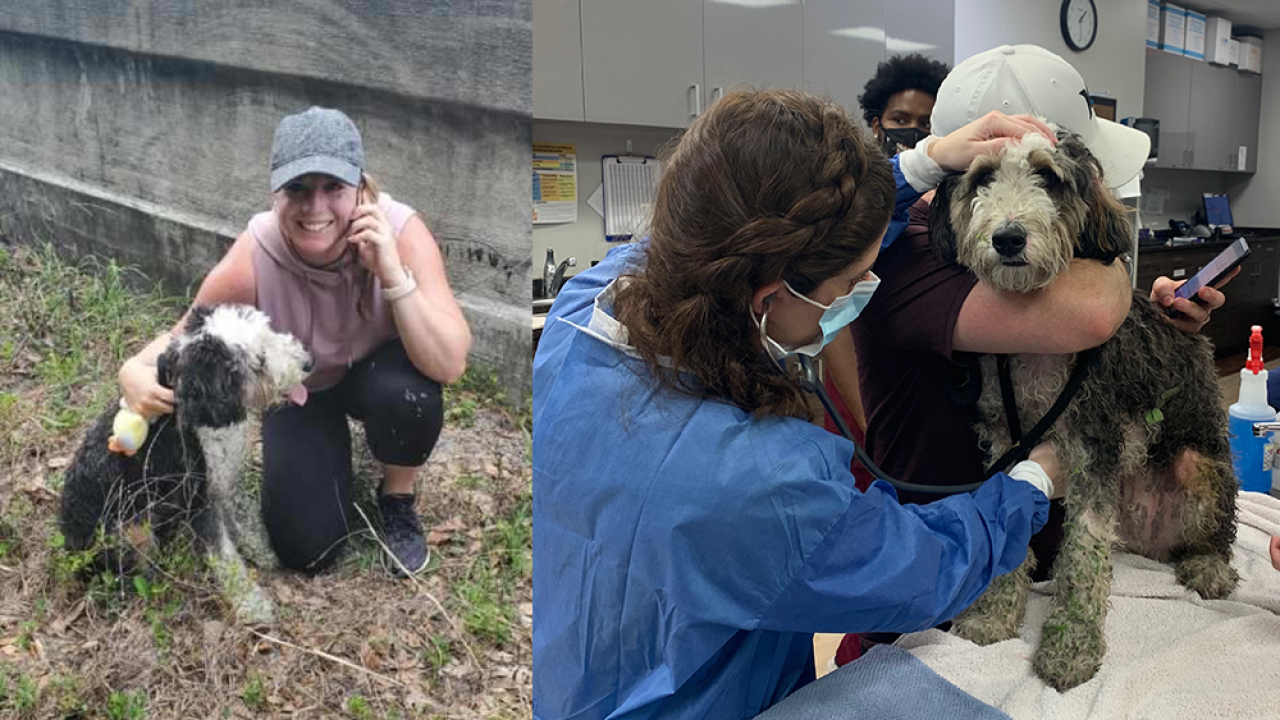 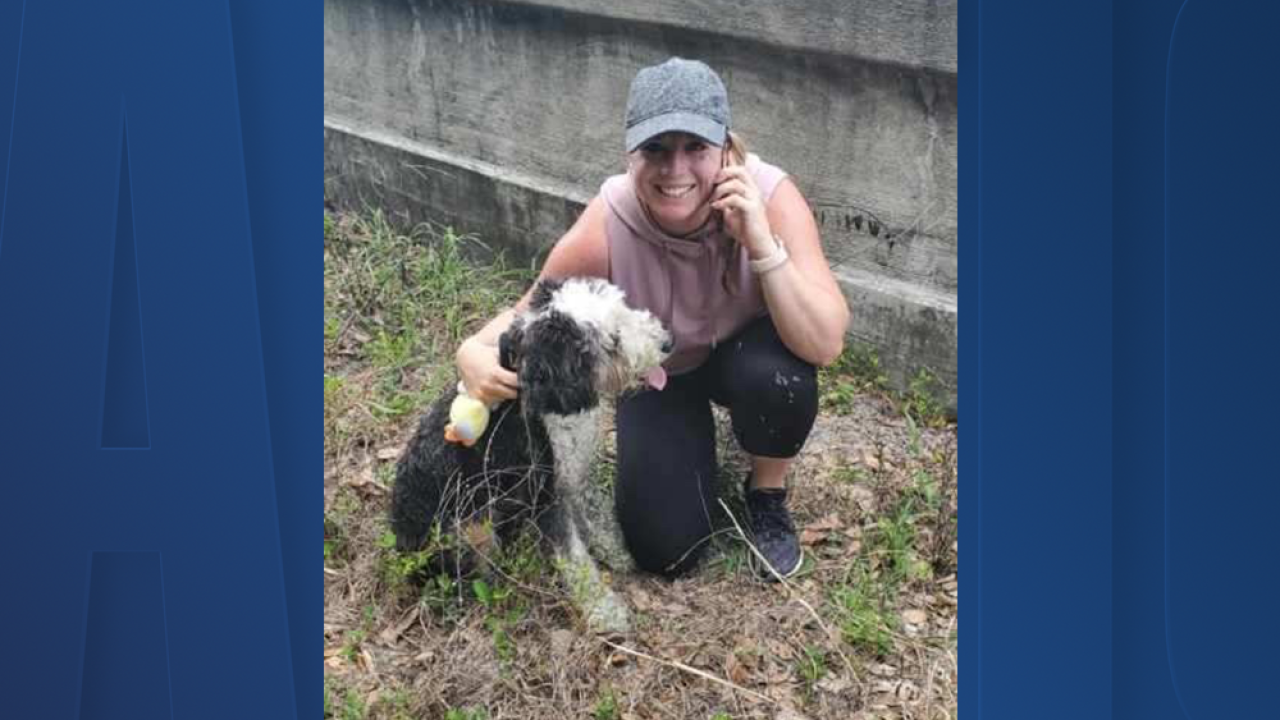 WESLEY CHAPEL, Fla. — A Tampa Bay area family reunited with their 7-year-old son's therapy dog after the dog went missing over the weekend.

According to Laura Holland, her 7-year-old son's therapy dog, Sully, accidentally got away around 9 a.m. on Saturday, June 27. Sully was being dropped off at a groomer in Wesley Chapel, in the area of Route 56 and County Line Road.

Holland's son, Liam, is a pediatric brain tumor patient. According to John's Hopkins All Children's, Liam was diagnosed with a brain tumor at just four years old.

"We’re trying to keep our hope up, but as the days go on it’s getting more and more difficult to stay positive," Holland told us early Monday as they continued to search with a trapper.

Just hours after ABC Action News first published the story on Monday morning, someone spotted Sully in the same area he'd gone missing. Holland says a group of people chased the dog near I-75 before Sully was finally caught. The dog was reunited with the family and was taken to a local veterinarian to get checked up.

Y'ALL!! SULLY THE SUPPORT DOG IS SAFE! He got away from a groomer over the weekend, and is the support animal for a New Tampa child with a brain tumor. He's dehydrated and dirty, but home! More tonight at 6pm. @abcactionnews https://t.co/gNbsv7KJsV pic.twitter.com/CreOVTQCjo

"He was so happy and whimpering and just loving on us, it was amazing," said Holland. "He’s filthy, and he’s going to have to be shaved down, but other than dehydration, he’s fine.”

Holland thanked the group who helped find Sully and the community who wrapped its arms around the family over the past few days.

This isn't the first time Sully made headlines in Tampa Bay. Back in October, Johns Hopkins All Children's Hospital shared a story about the family meeting Sully for the first time.

"This wonderful dog has pulled Liam out of his shell and turned him around completely," Holland said at the time. "We can’t believe it.”

Editor's note: This story has been updated to reflect Liam's age as seven, not six as previously published.