Police are investigating an attempted strong armed robbery after a 16-year-old employee was stabbed outside of a crossfit gym in Tarpon Springs.

TARPON SPRINGS, Fla. — Tarpon Springs Police arrested a 17-year-old for the stabbing and attempted armed robbery of a 16-year-old outside of a crossfit gym.

Police responded to a 911 call at 3:23 p.m. Friday stating that an employee had been stabbed outside of CrossFit Tarpon Springs located at 41522 US 19 N.

According to police, the 16-year-old crossfit employee was out by the business's truck in the parking lot when the 17-year-old Hispanic male exited a newer style beige SUV and came up behind the victim. Police say that the suspect grabbed the victim by his shorts and began searching for items while making a comment about giving him what he had.

Police say that the suspect began to swing a knife at the victim, stabbing him in the upper right chest area. The victim fell to the ground but was able to get up and run away back into the crossfit gym.

The suspect jumped back into the driver's seat of the vehicle and fled towards US 19, police say.

The victim was taken to a local hospital via ambulance for what appeared to be a non-life threatening stab wound.

Police say the suspect was located following leads from a witness who wrote down his license plate number. When they found him they recovered a knife. 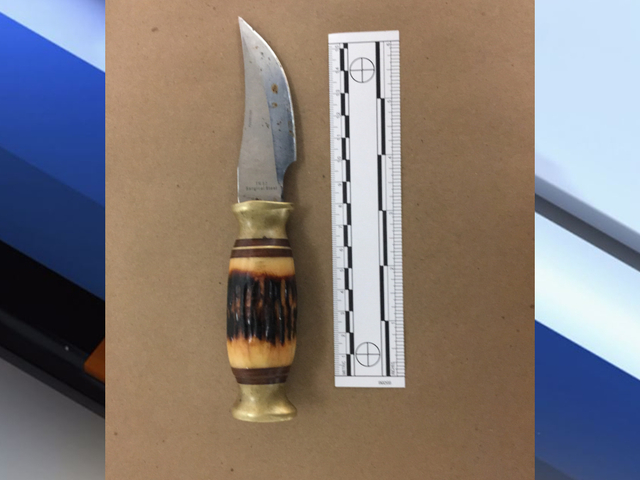 The suspect is facing charges for attempted armed robbery and aggravated battery.