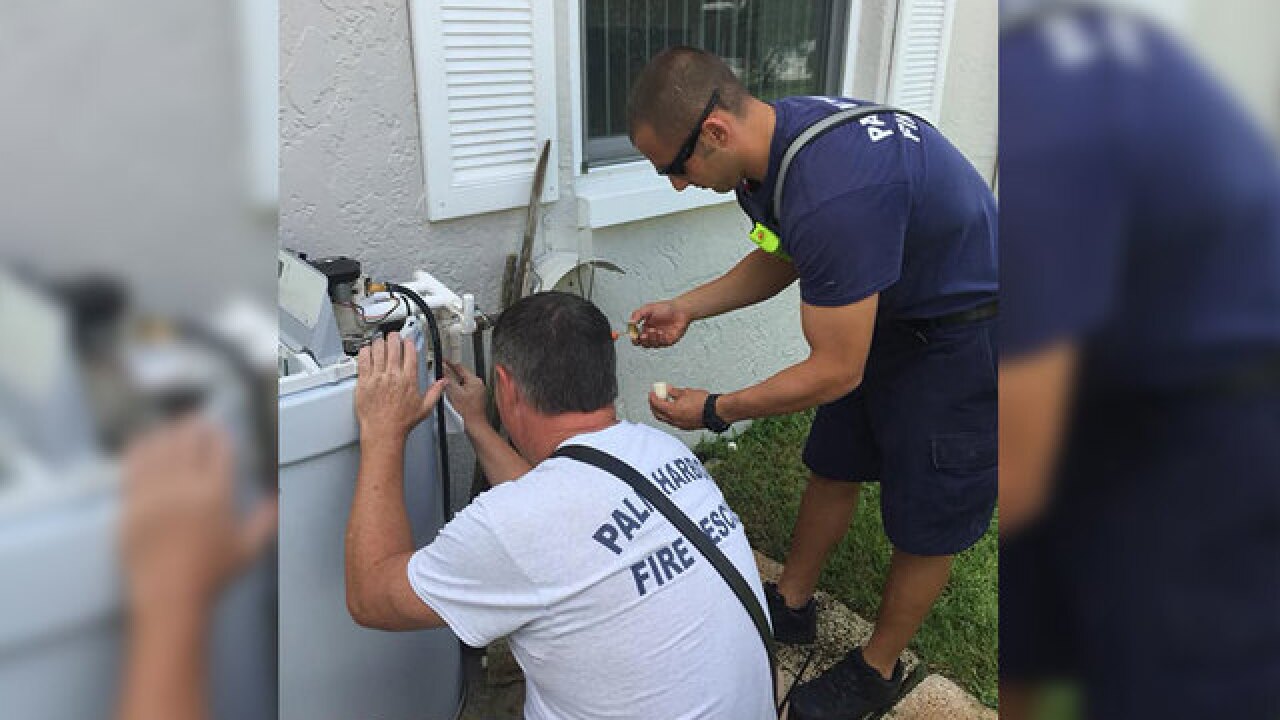 PALM HARBOR, Fla. — After an elderly man fell while fixing his water softener system, Palm Harbor firefighters returned to his home to finish the job he couldn't.

Palm Harbor Fire Rescue says crews responded to a home on Friday morning after an elderly man fell while he was working on his water softener system. The man had shut the water off to the house and began to cut the pipes when he slipped and fell, officials say.

Firefighters and Sunstar paramedics responded and transported the elderly gentleman to a local hospital for treatment.

The man was reportedly worried about not having water to the house while his wife was home.

Firefighters were able to get replacement pipe and returned to fix the broken system. Now, the water is back on and working.