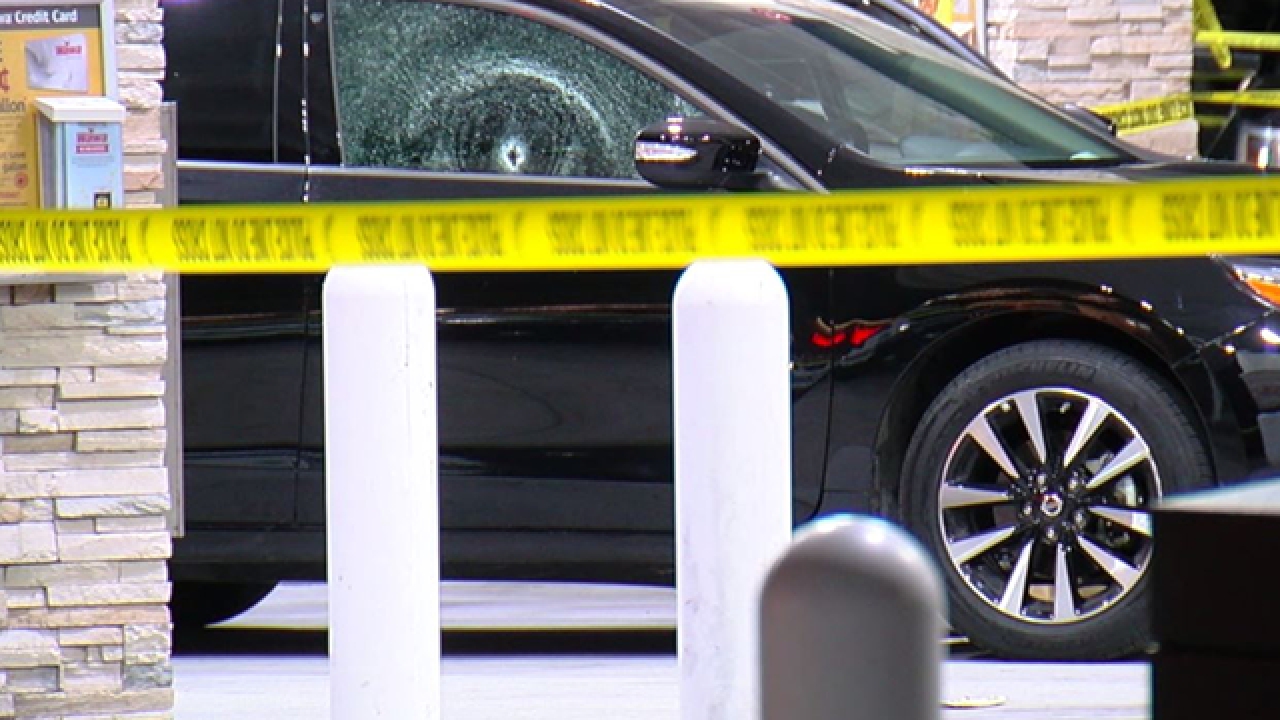 According to police, at 5:55 p.m., an officer from the Largo Police Department was involved in a shooting during a traffic stop at the Wawa Store at 1215 N. Missouri Ave.

"I heard three shots, maybe four," said a witness, who did not want to be identified. "I ran underneath those gas pumps there."

Police say that the suspect driver attempted to pin the officer between his vehicle and the gas pumps and barriers in the store parking lot.

"The vehicle was speeding forward, it hit several concrete bollards, there was significant damage to the vehicle during this encounter," said Lt. Randall Chaney, Largo Police Department.

"The officer felt he was in peril for his own life and took action," said Lt. Chaney. "It stopped the actions of the suspect at the time and it may very have prevented people from being injured or possibly killed in that parking lot tonight."

Steiner was transported to Morton Plant Hospital with non-life-threatening injuries.

The suspect, whose identity is not confirmed at this time, was taken to Largo Medical Center, where he was pronounced deceased.

Police have not released what caused them to initiate the traffic stop.