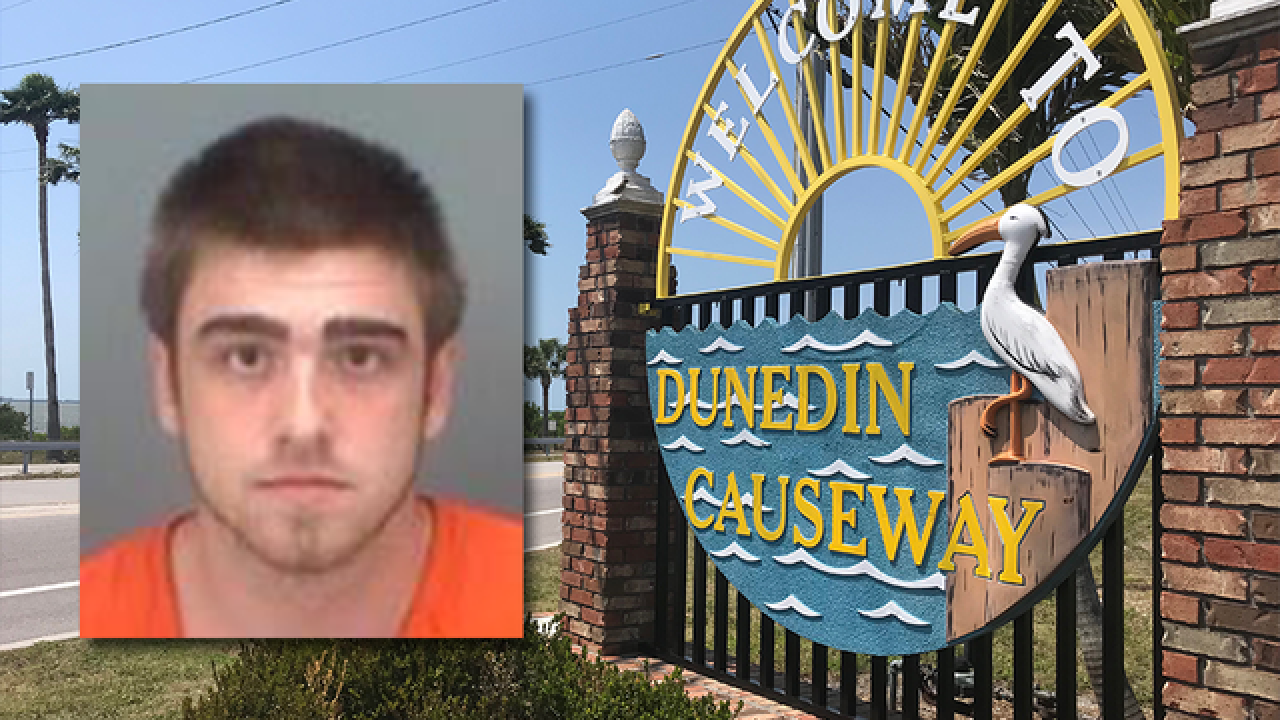 The arresting deputy says when he approached Morris he had his green shorts pulled below his knees and was pleasuring himself while sitting in the driver's seat of his truck.

When the deputy made contact with Morris, he tried to speed off westbound on the beach in a reckless manner. Morris was later arrested for charges of marijuana possession, exposure of a sex organ and trying to flee from the deputy.

Morris was also caught in similar crimes in 2014 near the Safety Harbor Resort and Spa. In those cases, Morris who was then 19-years-old, was charged with jumping out of his vehicle and exposing himself to women, including one minor, in broad daylight near the resort. In at least one case, Morris reportedly performed a sex act on himself in front of the victims.

In 2014, Morris admitted to the crimes saying his condition was “progressing and getting worse” and telling deputies he gets “a rush” from committing the crimes.

Morris was released on Friday for the Dunedin Causeway incident after posting $450 bail.

Detectives in Treasure Island are working to make penalties stronger across the state of Florida for people caught doing lewd acts like exposing themselves or publicly fondling themselves. "Reasonable people expect something to be done," said lieutenant Rich Nestor of the Treasure Island Police Department, "This is not an accepted norm for society and when someone is doing that, you would think it would immediately be an arrestable offense."

Lewd and lascivious acts in front of someone 17 or older is not an arrestable crime. Instead, Lt. Nestor says it's a misdemeanor that never turns into a felony regardless of how many times someone does it.

You can spend more days in jail for repeated shoplifting than you ever could for repeated lewd and lascivious exhibition. For the latter, the number of possible days in jail is zero, the way the Florida statute is written currently.

"The behavior is just not acceptable and to watch them walk away is disheartening," said Lt. Nestor.

The Treasure Island Police Department wants to change that by speaking with state legislators to harshen penalties to a felony conviction for repeat offenders and require them to register as sex offenders.