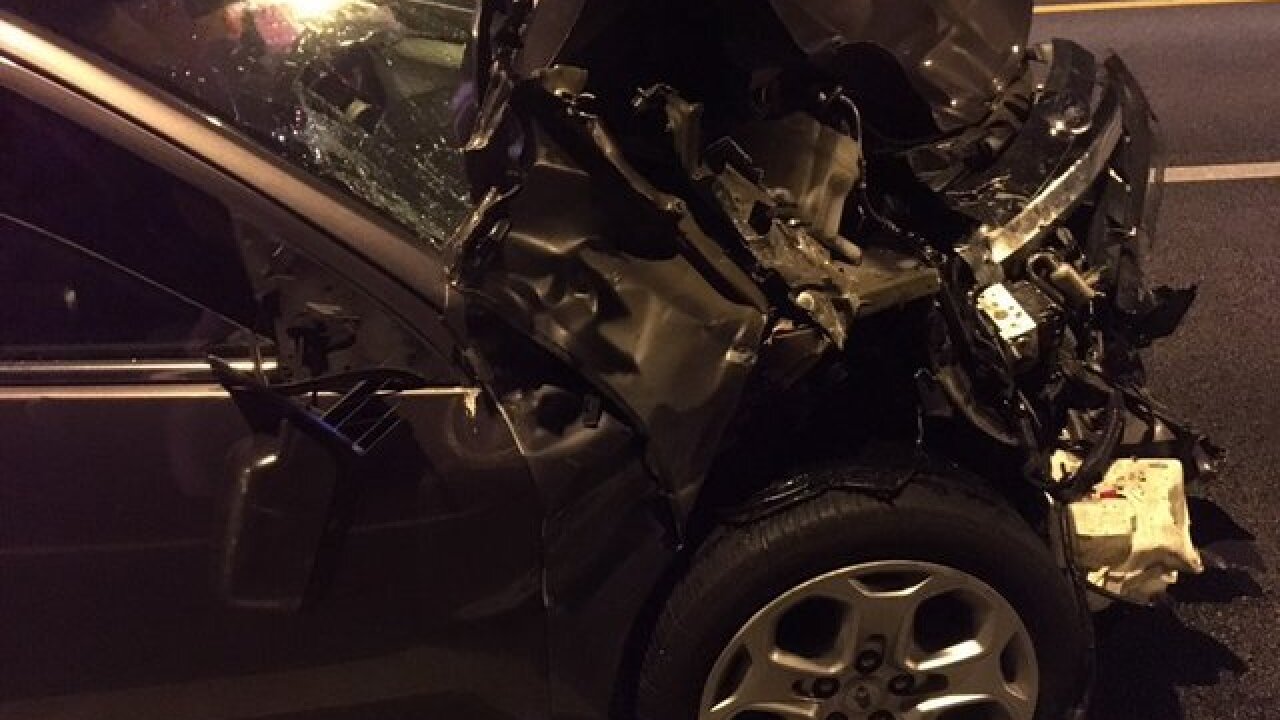 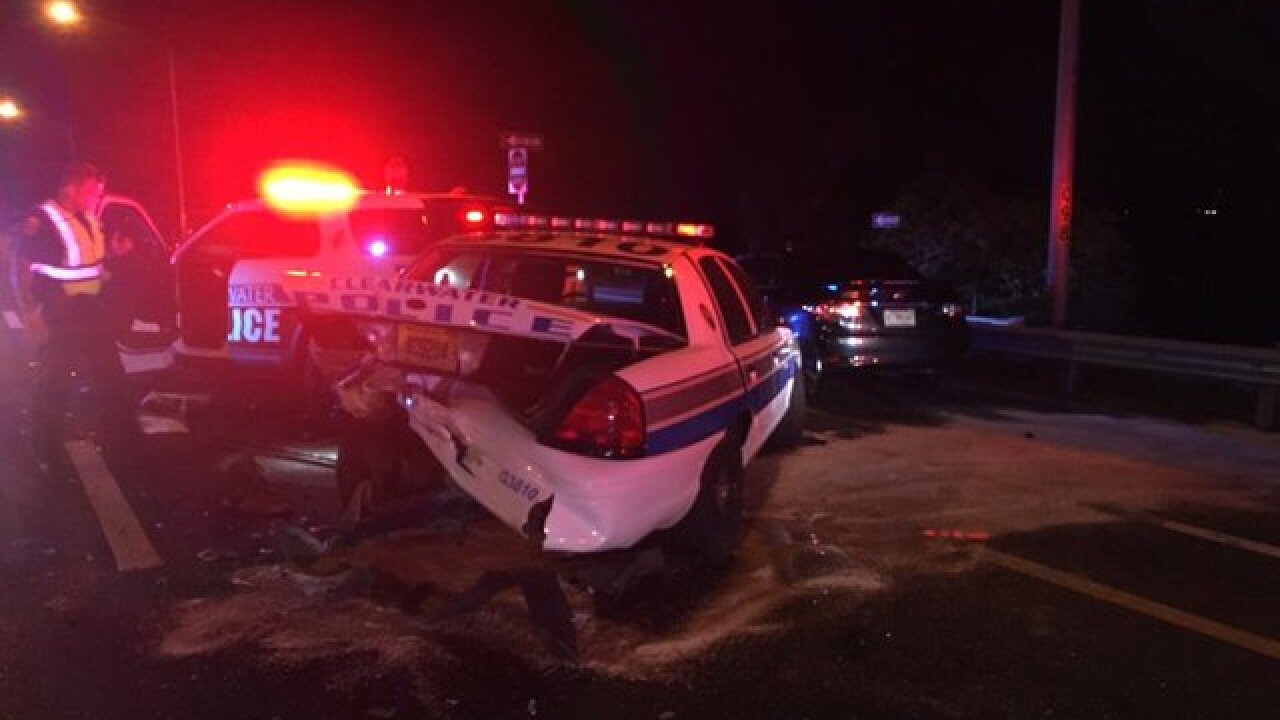 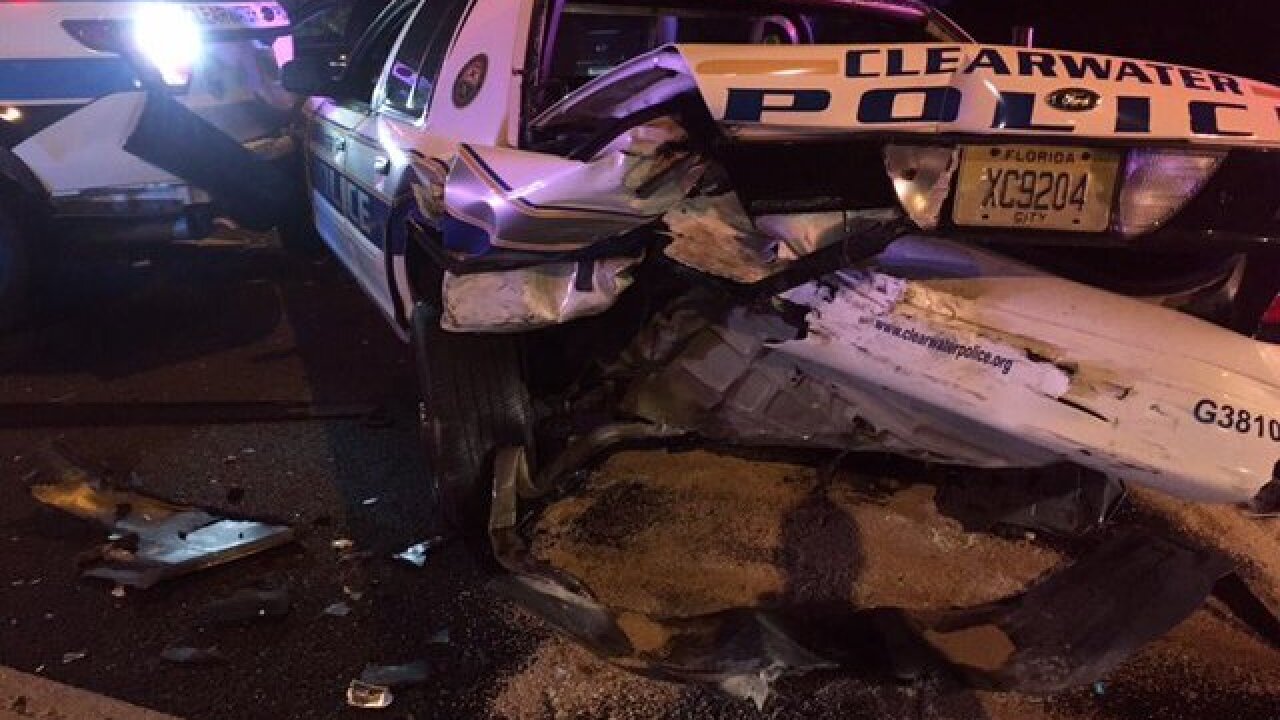 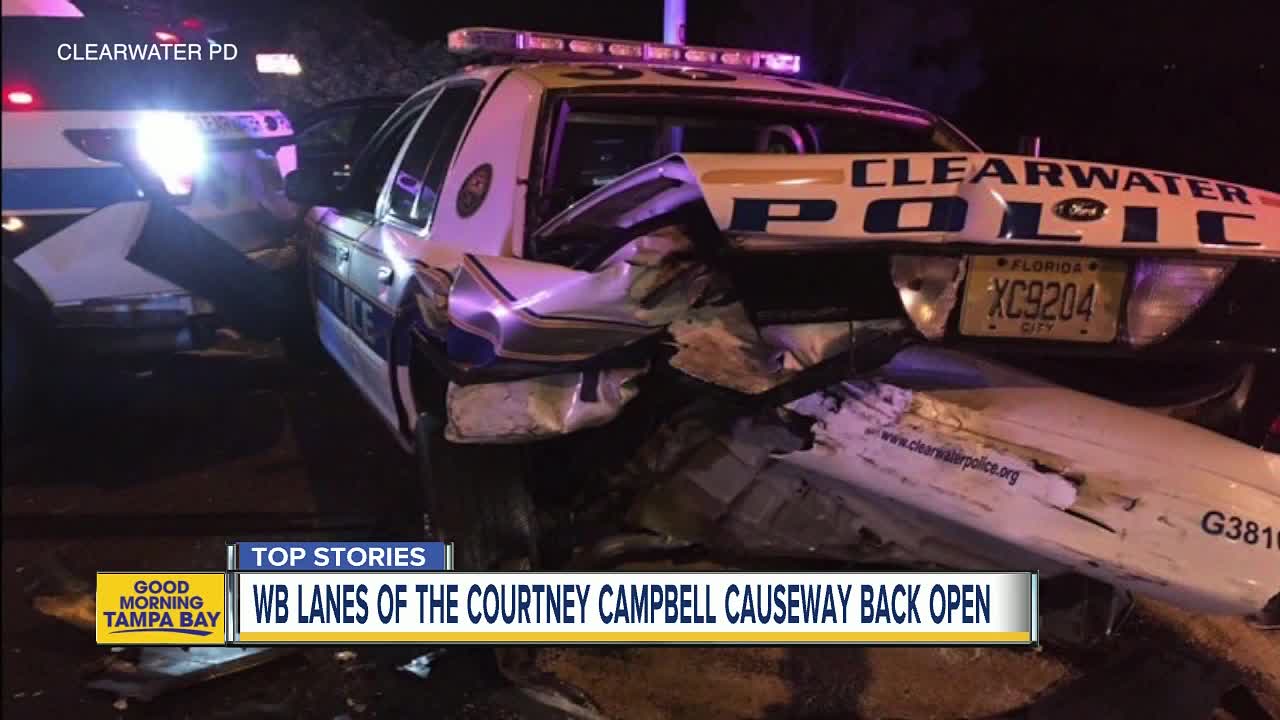 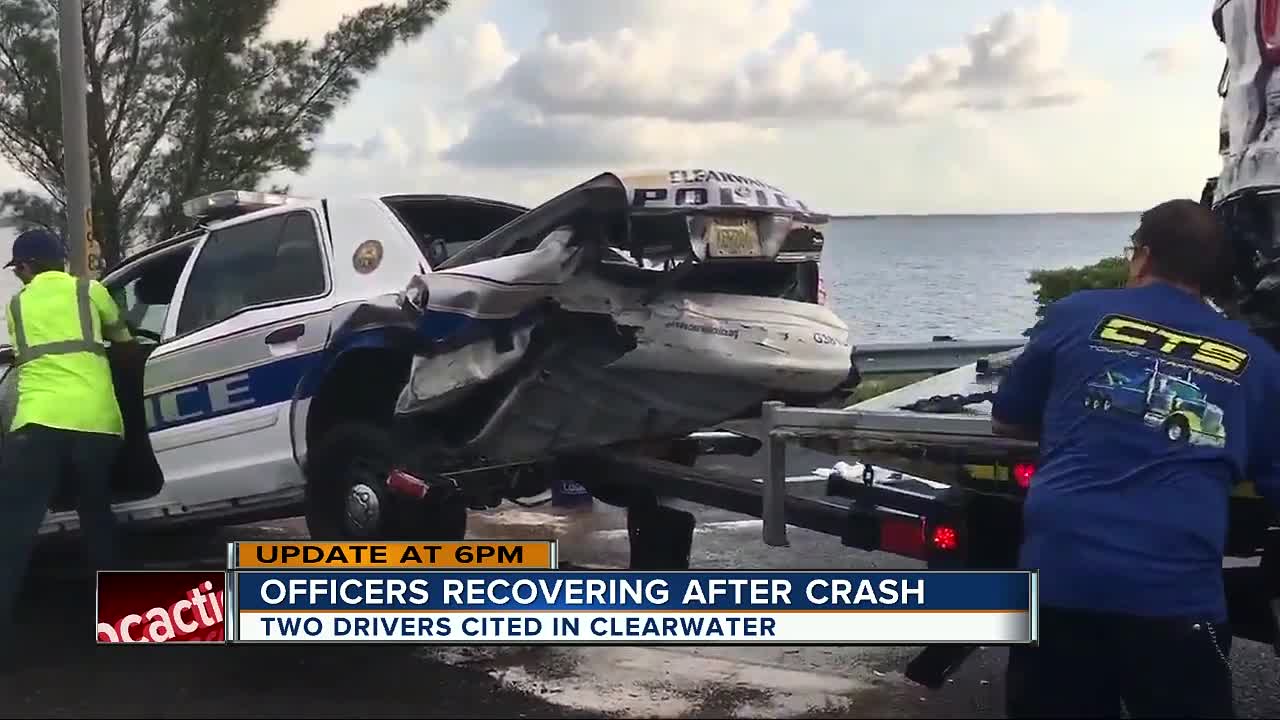 The incident began shortly after 3:00 a.m. Saturday when a disabled vehicle was reported in the westbound lanes of the causeway.

Less than 30 minutes later a Clearwater police officer was on scene waiting for a tow truck to arrive. A westbound vehicle collided into the police car, a Clearwater Police Department release said. No injuries were reported at that accident.

Authorities say the driver, 33-year-old Joshua Mayer, admitted to officers to losing control of his vehicle after looking down at his phone.

When two other officers arrived 12 minutes later to investigate the first accident, another westbound car hit a second police cruiser on scene.

All three police officers were struck by vehicles or flying debris.

Neither driver was injured. They were both cited for careless driving, and authorities say there could be further charges pending an additional investigation.

All three officers involved were treated at Mease Countryside Hospital and released.

Five vehicles, including three police cruisers, were damaged in the crashes.