Police search for man accused of taking photos up women's dresses at T.J. Maxx in Clearwater

Investigators with the Clearwater Police Department are looking for a man they say snapped photos underneath the dresses of unsuspecting women in T.J. Maxx last month.

CLEARWATER, Fla. — Investigators with the Clearwater Police Department are looking for a man they say snapped photos underneath the dresses of unsuspecting women in T.J. Maxx last month.

Anastasia Barnes is the women who allegedly saw him do it. She says he came up behind her while she looked at luggage and diaper bags inside the store.

She says it made her feel uneasy which prompted her to get her husband. They looked for the man and found him down another aisle.

"He was behind a woman that was crouching down with his camera, in between her legs under her dress taking pictures,” she said.

Barnes told the woman to stand up. "It drew a lot of attention. I was not quiet about it at all. I wanted to embarrass him,” she said.

She also demanded his phone and told him to delete the pictures he took of her and the other woman. She said the man denied he even took the photos and when she threatened to call the police, he ran off. 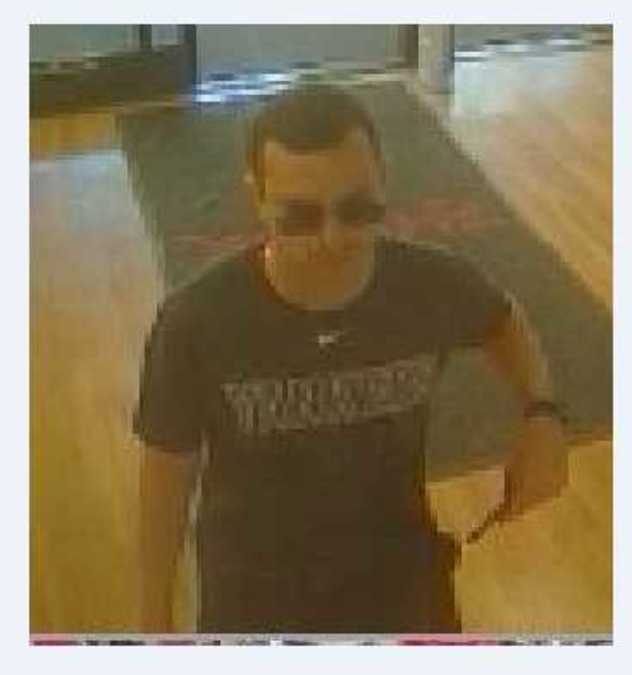 An employee who works at HomeGoods across the parking lot, saw him in their store as well.

Police believe he took off in a black Camry.

Security photos from T.J. Maxx show the man as he walked in. You can see him grab his phone out of his pocket when he first enters the store.

The company that owns T.J. Maxx and HomeGoods sent a statement about the incident, "We are cooperating fully with law enforcement, however, as this is a police matter, it would be inappropriate for us to have anything else to add.”

Barnes says the employees waited with her until police got there.

Barnes is disgusted — she says that day was supposed to be special. She and her husband learned the gender of her baby that morning at the doctor's office. They went to the store right afterward to buy new baby clothes.

“How dare you, it’s my body, who do you think you are to take pictures,” she said. "I want women to know that that happens all the time and to be aware of your surroundings.He’s a guy you would not expect, he’s maybe 30 years old, average looking guy and if he does this in public I may what does he do at home and who is he giving these pictures to, I don’t know.”

The Clearwater Police Department wants to speak to the man — if you know who he is, please contact the non-emergency line 727-562-4242.