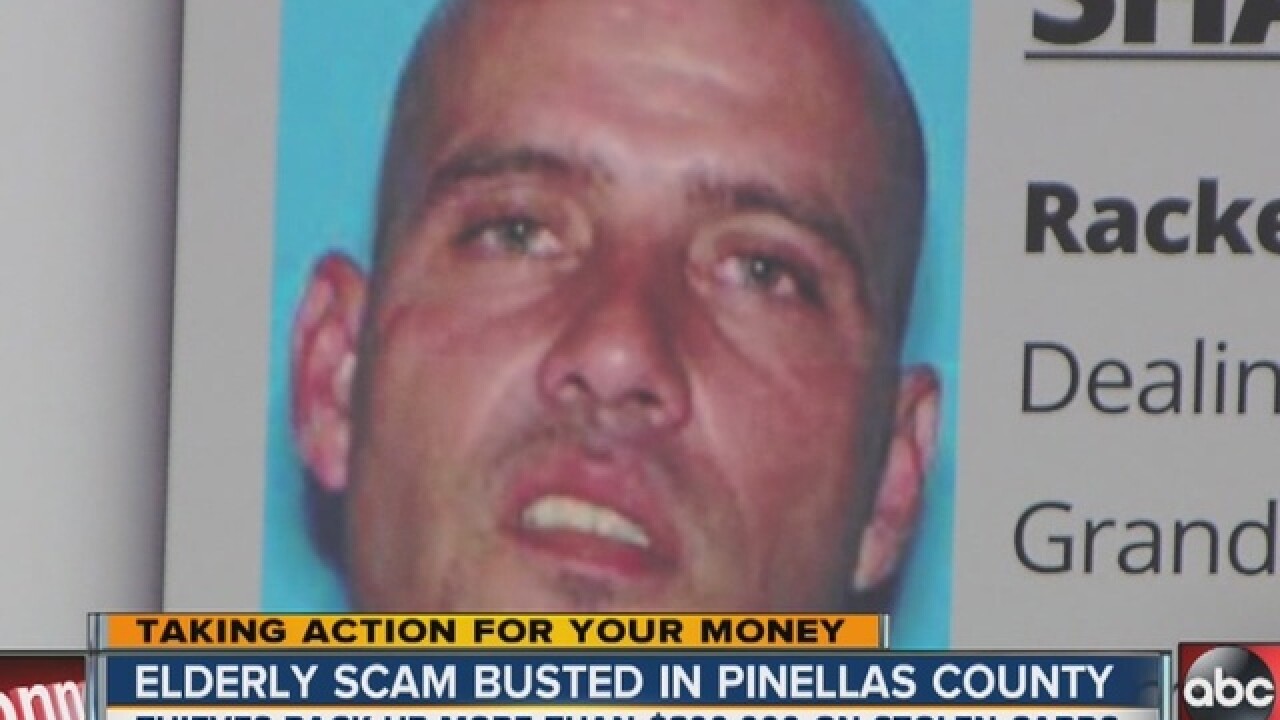 A team of scam artists in Pinellas County, accused of taking advantage the elderly and stealing their credit card numbers, are in jail.

Deputies say they were part of an investigation that began in 2012.

The sheriff told us Friday, the person who started it all is Shane Adams, a known criminal in Pinellas who recruited seven others to help him harass 19 elderly victims through cold calls.

“You’ve got someone here who is nothing but a thug criminal who is willing to exploit the elderly because he doesn’t want to go get a real job,” said Sheriff Bob Gualtieri.

Gualtieri said the victims range in age from 65 to 89.

He says they were terrorized by Adams and the others who forced the victims to give out their credit card numbers for what they thought was a magazine subscription. Instead the suspects were using those cards to buy power tools and appliances from Home Depot and Lowes.

“The suspects were ordering the tools by phone, using the credit card and picking up the items at the store,” Gualtieri said.

Those items were then sold to either contractors or returned for cash to buy drugs. The fake charges added up to more than $800,000 over the three year time frame.

Adams was arrested two weeks ago and charged with 104 counts of racketeering, dealing stolen property and grand theft.  The others involved were arrested within the past week. The sheriff warns if people are pressuring you to give your credit card, call police, “Adams was successful because he’s a bully and he was able to get these credit card numbers from these elderly people.”

The best advice from consumer protection experts is to never give out your personal information to someone you don’t trust.  “Just keep in mind that just because someone is calling you and saying they are so and so from a certain company, it doesn’t make it factual,” said Anna Marie Millett, investigator with Pinellas County Consumer Protection

Home Depot and Lowes each changed their return policies since this investigation.

For more information about how you can protect yourself from scams click here.