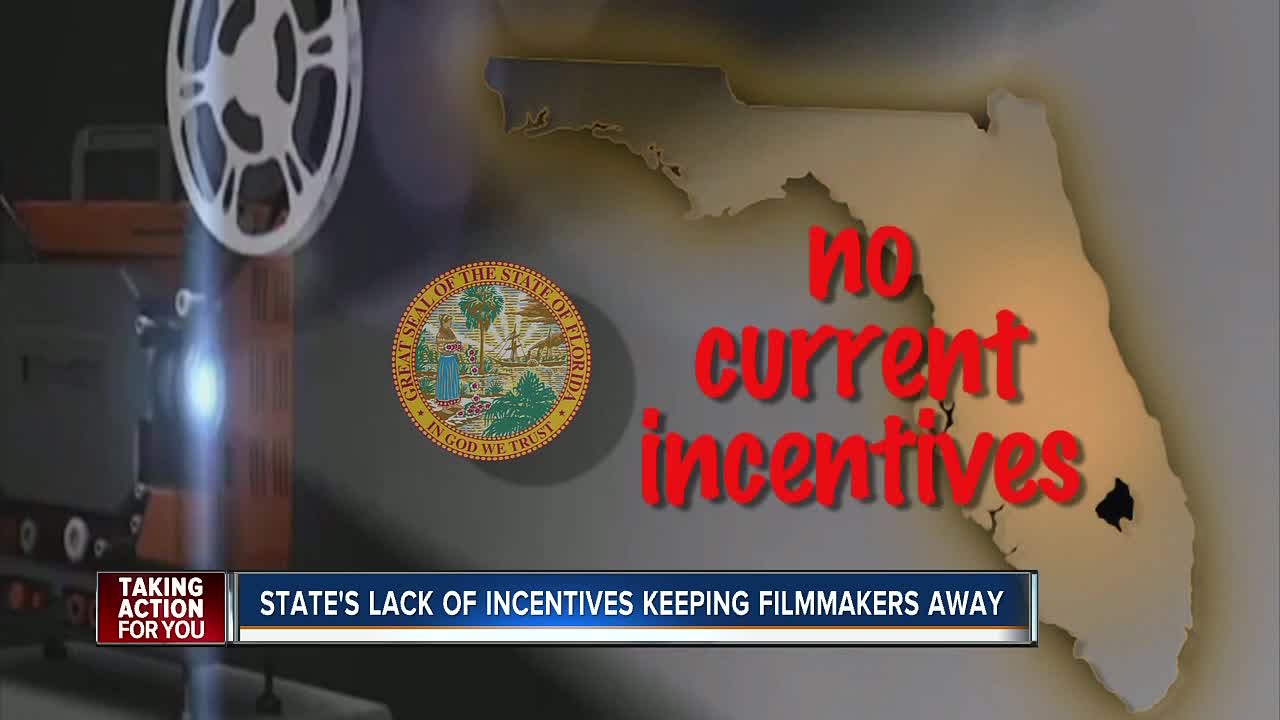 Bringing Hollywood to Tampa Bay! Crews are currently filming a new kids movie in Clearwater starring yet another lovable dolphin. Bernie the Dolphin was just released Friday, but crews are already filming the sequel. 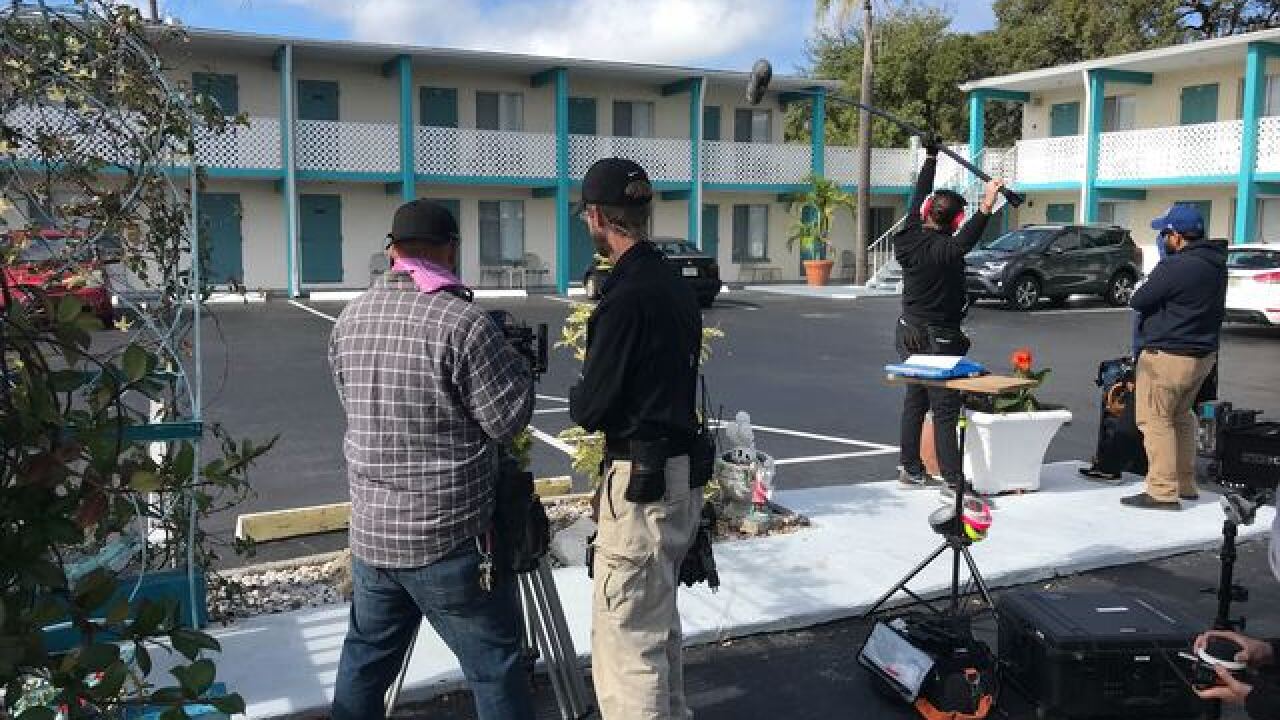 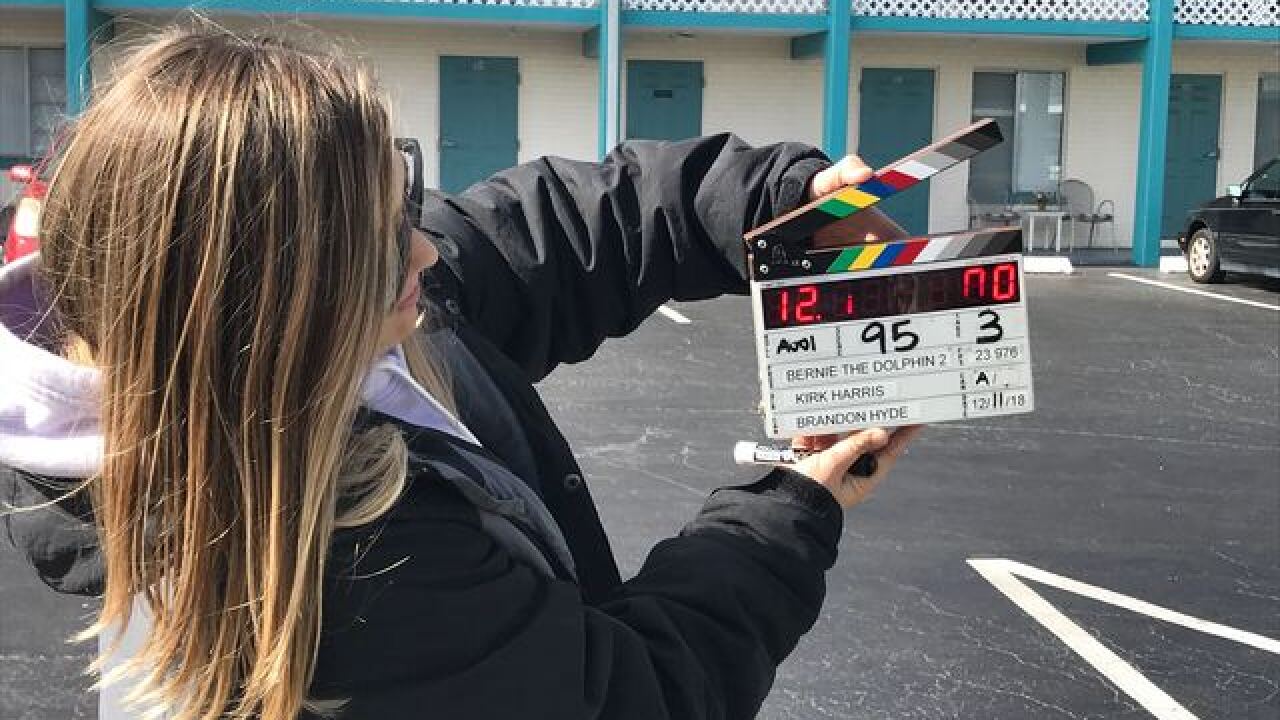 CLEARWATER, Fla. -- Crews are currently filming a new kids movie in Clearwater starring yet another lovable dolphin. Bernie the Dolphin was just released Friday, but crews are already filming the sequel.

Yet, movie directors tell ABC Action News that Florida lags behind when it comes to the silver screen.

Pinellas Film Commissioner Tony Armer says Dolphin's Tale, Bernie the Dolphin and other children's movies are among a few movies being filmed here in Tampa Bay. Many other large-scale productions are set in nearby Georgia and Louisiana where film incentives and tax breaks are much higher.

“Movie producers tell me they really want to shoot in Florida, the story is set in Florida but they can’t shoot here because it doesn’t make financial sense for the production,” Armer explained.

Florida is the only Southeastern state without any film incentives, making it tricky for companies like Digital Caviar, a production company based in Ybor City, to entice Hollywood producers.

“When you’re comparing yourself to a state that offers 35, 40, 45% tax incentives, we have to get creative,” explained Michael Brown.

Florida leaders suspended film incentives a few years ago, after nearly $265 million in film credits was drained almost immediately. Some of that money went to very small scale productions because it was given on a first come-first served basis without much regard for the number of jobs created or the economic impact. Even a few commercials and video game productions were able to qualify for the tax credits.

Armer says the state is missing out on thousands of jobs and billions of dollars. He's now working to convince lawmakers to bring the incentives back…this time with more discretion.

“We’re not getting those billions of dollars here in Florida,” he said.

Film industry leaders hope 2019 is Florida’s year to roll out the red carpet.