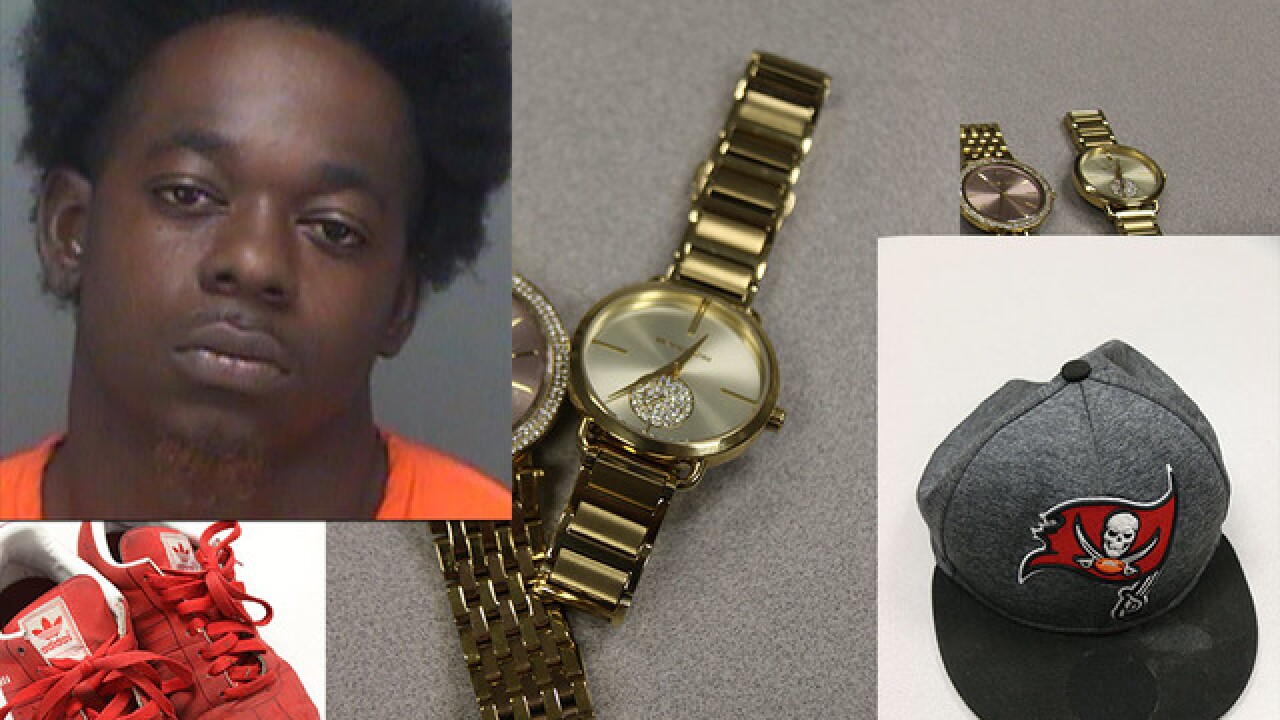 Clearwater Police have charged a suspect in connection with multiple burglaries and attempted burglaries that have happened in the last six weeks.

Carlton Stewart is suspected in at least nine burglaries and attempted burglaries since Dec. 14. His charges include grand theft, dealing in stolen property and burglary, with additional charges expected.

He is accused of breaking into several homes and stealing cash, coins and jewelry.

However, on Feb. 1, after an attempted break-in, he dropped his wallet near the scene. A resident turned it over to police, who then began investigating Stewart for possible involvement.

Surveillance video in one of the burglaries also show a suspect wearing bright red tennis shoes.

Stewart was later located on his porch wearing the same red shoes as seen in the video, as well as a stolen watch, as he held a bag of old coins taken from one of the burglaries.

Stewart is also a suspect in similar crimes in Largo.