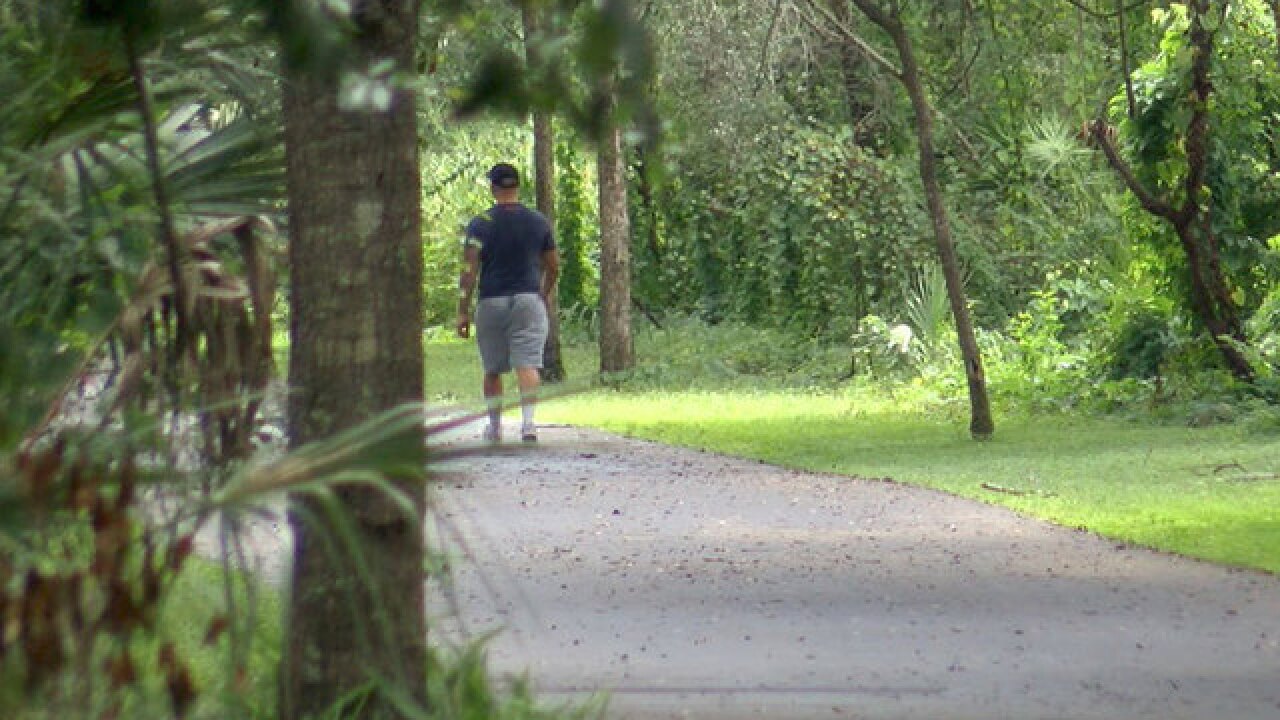 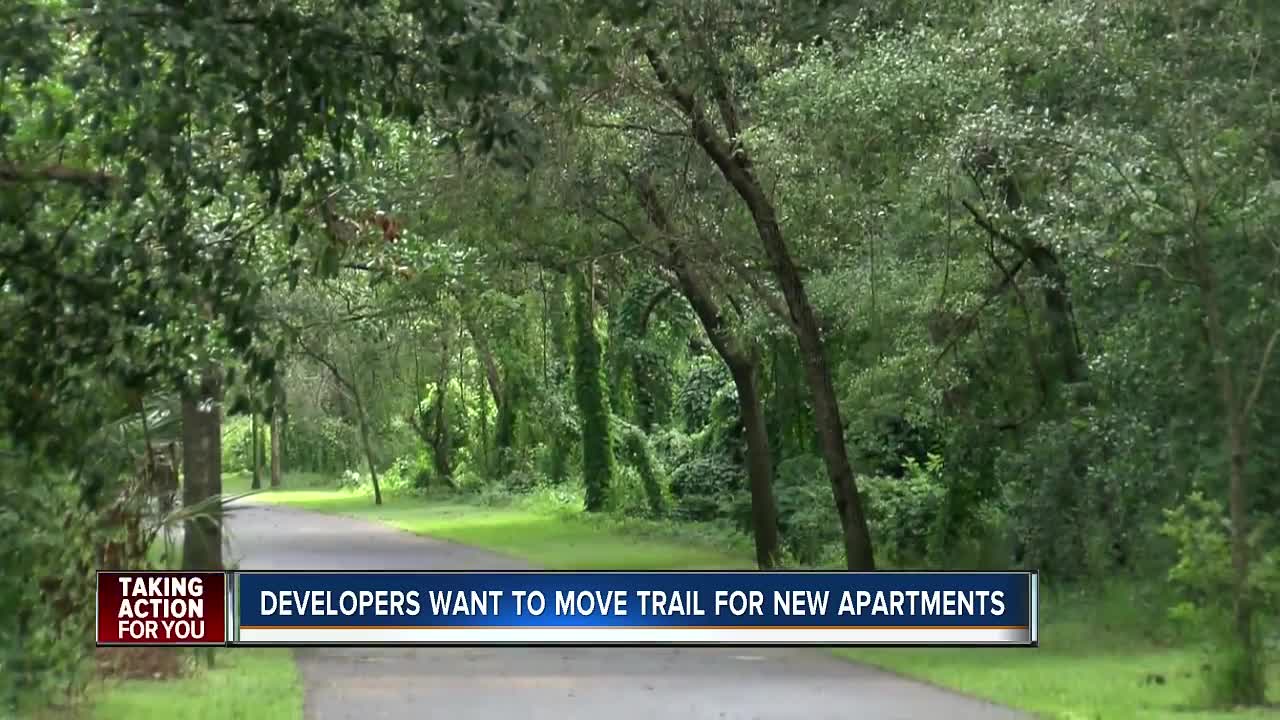 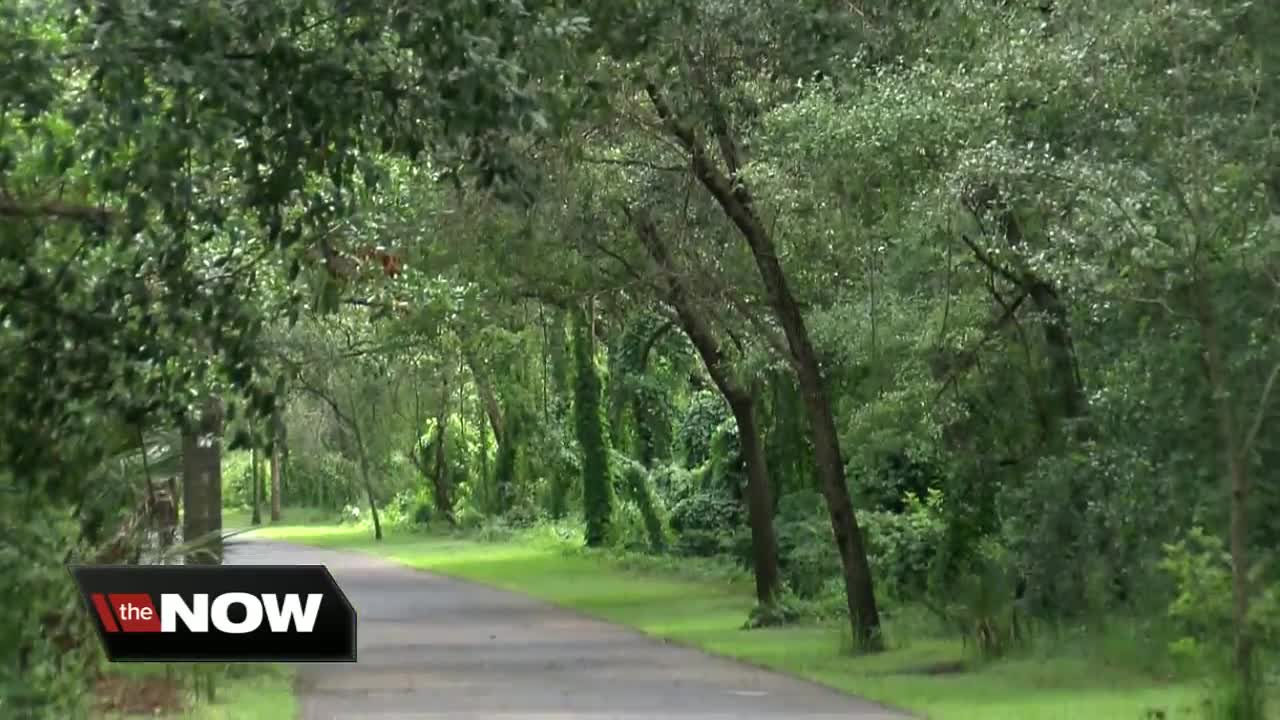 CITRUS PARK, Fla. — Runners and bikers in Citrus Park are worried a trail they love so much is about to physically be moved over to fit a new apartment complex.

The project still needs to be approved by Hillsborough County commissioners - developers want to rezone the parcel of land to accommodate a 300-unit apartment complex. They also want to move the trail closer to Gunn Highway.

The Upper Tampa Bay Trail is padded with giant trees, bushes, and wildlife and people that use it say it's one of the only places for good shade. 300,000 people use the trail per year, and it's the most used trail in the county.

"It’s paradise like right in the middle of town, we love it,” said Debbie Voiles, who found out about the project this week.

She says her running club has about 350 members and all of them say it's their favorite to run and train; especially under a canopy of trees when it’s hot.

"There are hundreds of people out here enjoying it and they would be so shocked to come out here and find out that all of a sudden they’re moving the trail,” she said.

Thursday, the County Commission heard public comment on the issue from supporters and from the developers of the project.

The developers say the original plan only moved the trail slightly, but the planning commission asked them to move it closer to the road.

"We're fine with the condition that takes the trail realignment specifically back to the placement that we submitted it," said Chris Day, the developer for the project. He says it would still be a good 87 feet back from the edge of the property, and 106 feet back from Gunn Highway.

The Greenways Committee had no objections to the first plan, but Voiles wonders why they never looked at the second plan or spoke to folks that use the trail every day.

"We were never brought into the conversation at all," she said.

The Rezoning meeting is scheduled for September 17, 2018.

"I understand it’s probably going to be developed but there’s a big difference between leaving the trail and building single-family homes and moving the trail so that you can put parking there and building 300 apartments,” she said.

Supporters feel they didn't have enough notice Thursday's meeting was going to happen.

The commission agreed there was not enough discussion and punted any decisions until the developers, the community and commissioners can sit down and come to a potential compromise.