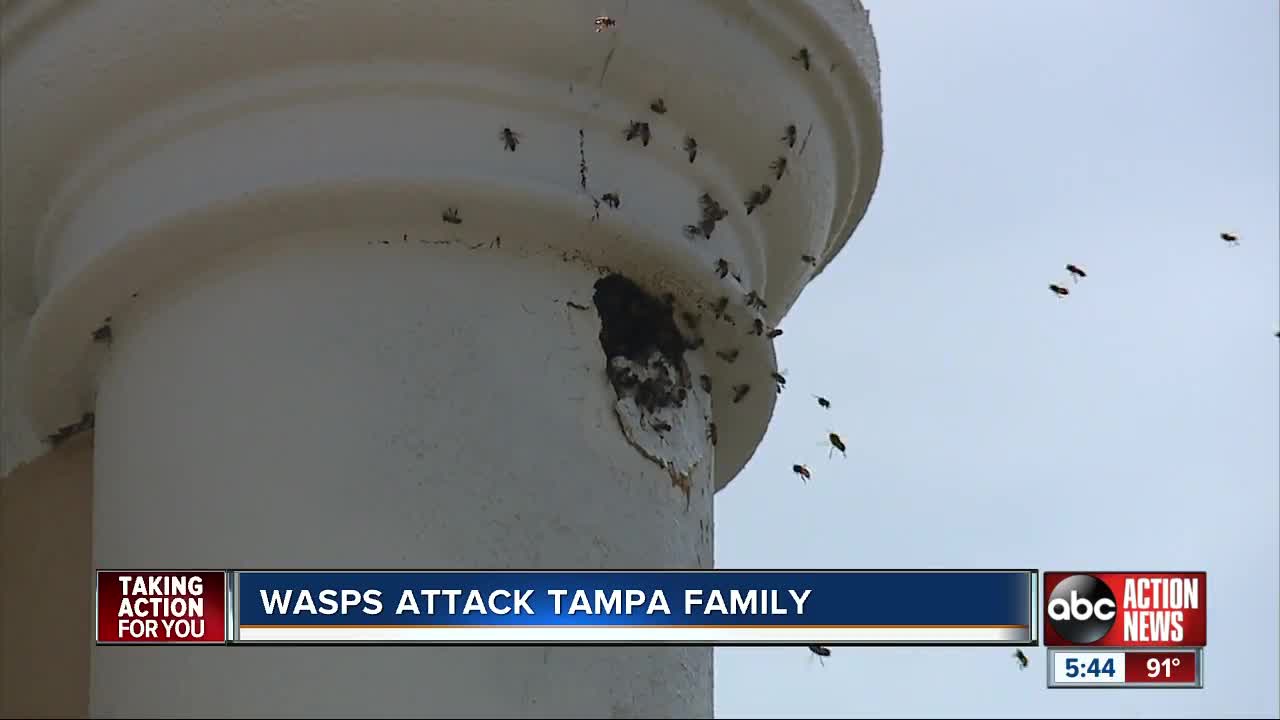 ABC Action News reporter Darren Botelho spoke with the family that got attacked by the yellow jackets. 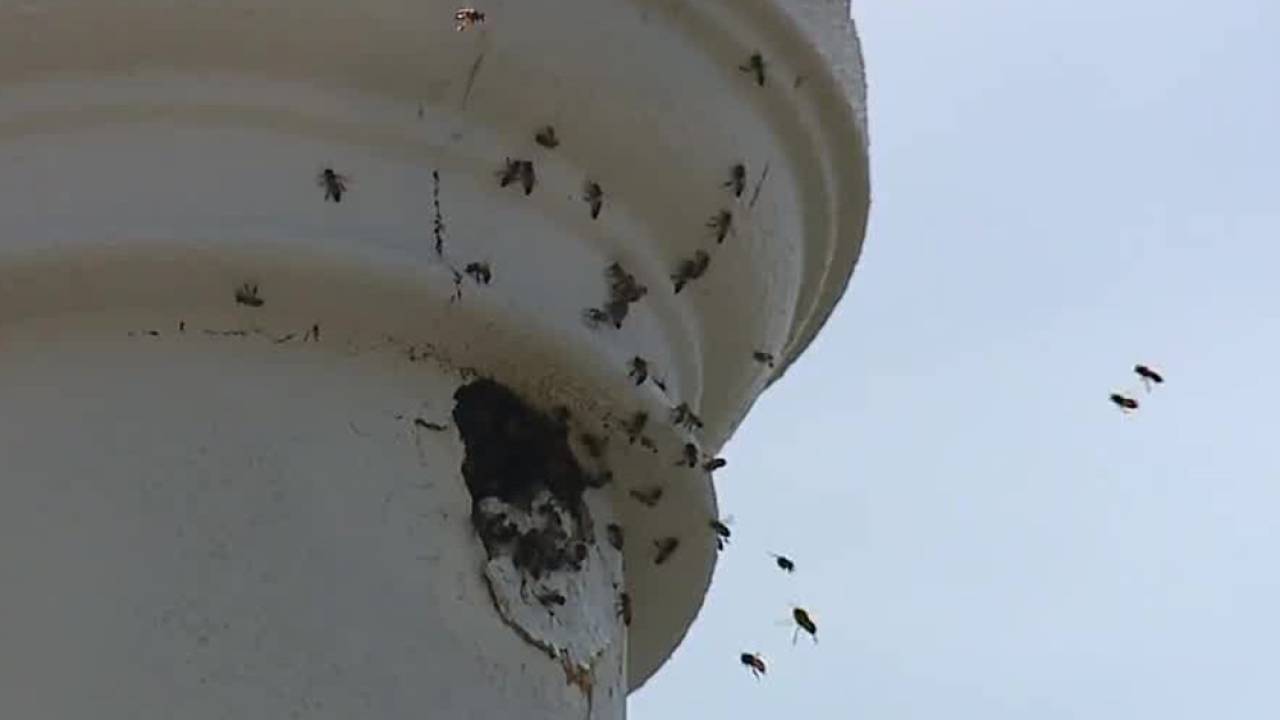 TAMPA, Fla. -- A Tampa family was attacked outside their home by a swarm of yellow jackets over the weekend.

Hundreds of them covered the husband, wife and their 8-year-old son.

“We just ran, and ran and ran until they finally decided to leave us alone," Luis Figueroa said.

The swarm of yellow jackets, disturbed by a falling palm frond, attacked Figueroa and his family on the way to church.

Conner Keller, an exterminator for Insect IQ, said he had a similar experience, when he went out to the scene.

“There were hundreds on my truck two days later when I pulled up. Once they’re disturbed and that nest has opened up, it’s on," Keller said.

When yellow jacket nests open, Keller and Insect IQ respond all year round. They were the ones called since the nest was originally on Hillsborough County property.

"A yellow jacket tornado ensued and there was just a huge tornado of yellow jackets. It’s pretty intense,” Keller said.

Keller neutralized the threat and told others to remember this if they are attacked: get inside and jumping into water will not get them to go away.

"It is a very scary situation; that’s all I can say; something I don’t want to go through again,” Figueroa said.