Woman under the influence of meth shoots boyfriend, tells deputies it was suicide 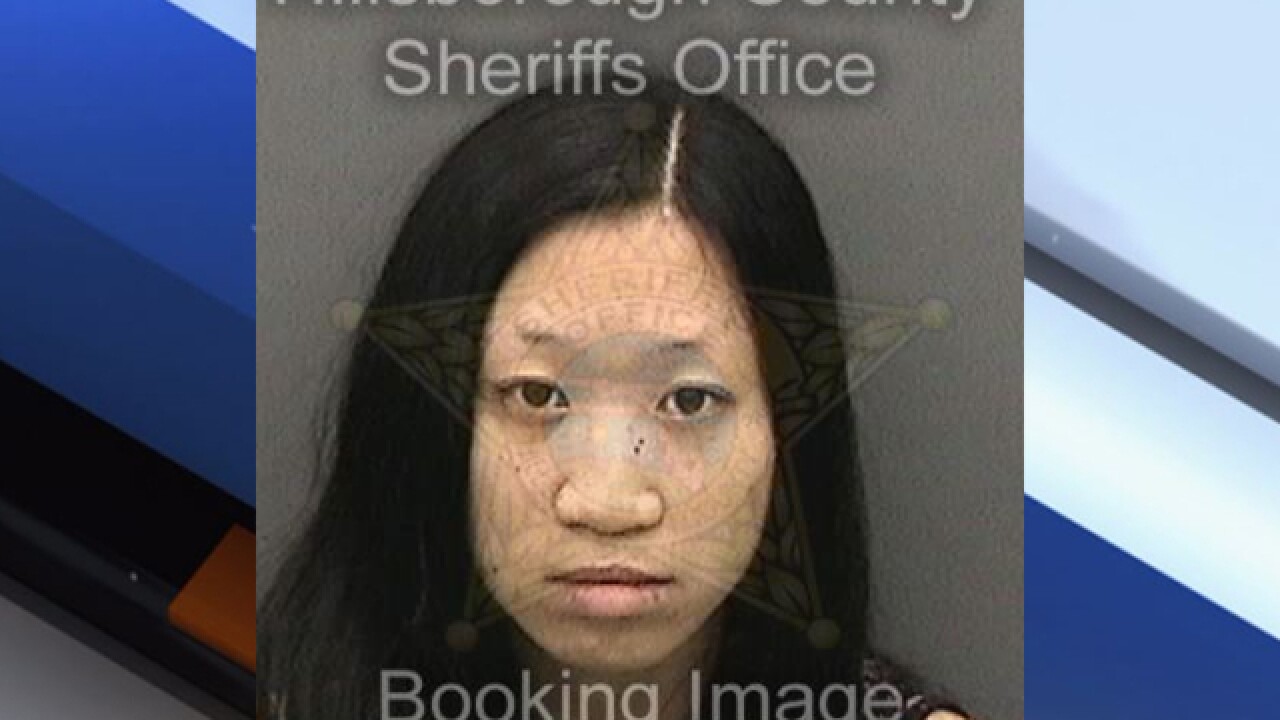 THONOTOSASSA, Fla. — A woman in Thonotosassa is facing a manslaughter charge after deputies say she shot her boyfriend while under the influence of methamphetamine — then said his wounds were self-inflicted.

Deputies say forensics and inconsistencies in her statements led them to charge 25-year-old Rebekah Dean with manslaughter with a weapon.

Around 8 p.m. on August 20 emergency crews responded to a 911 call about a suicide attempt. On scene, Dean told them her boyfriend had gone into their bedroom and shot himself. Thimothy Passmore, 32, was pronounced dead at the scene.

Dean told deputies she and Passmore had been in a relationship for four years, but that she broke up with him in April of 2018 because they were having problems. However, they continued living together.

On the night of the shooting, she told deputies she came home around 6 p.m. and found the victim asleep on the couch. She said she smoked a small amount of methamphetamine before getting ready for a date.

She then said she woke Passmore up and they began to argue. She first said they argued because she was cheating on him, then she told deputies the argument was because she was going on a date.

During the argument, she said Passmore punched her in the face at least two times, according to deputies. Then he left the house.

While the victim was gone, Dean said she armed herself with a black 9mm handgun because she was upset over the fight. When the victim returned to the house Dean said he had a tan 9mm handgun and said he was going to shoot himself — then he walked down the hall to their bedroom.

Originally Dean told deputies she followed him to the room, unarmed. She said he shot himself, then ran out of the room and collapsed near the front door of the home. At this time she told deputies she called 911.

She said she left the black handgun on the couch, but deputies found it in the master bedroom — which they say she couldn't explain. The tan handgun that the victim had was found on the ground next to him.

Deputies say they found a single 9mm shell casing outside of the master bedroom and an apparent bullet hole in the ceiling. The casing was later confirmed to have come from the black handgun.

During follow up interviews, Dean changed her story and told police she followed him to the room armed with the gun but didn't fire it. Then when deputies provided her with the evidence she said she couldn't remember if she had fired it or not.

She then agreed to do a video reenactment, which officials reviewed and determined didn't match any of the evidence.

She was confronted with the evidence and the inconsistencies with her statements and changed her story again. Deputies say Dean told them she followed the victim down the hallway, armed with the handgun in an attempt to keep the victim in the house because of his suicidal statements. Then she told deputies as he walked towards her, she accidentally fired the gun.

An autopsy showed that 32-year-old Thimothy Passmore died from a single gunshot wound to the chest.

Dean was arrested on August 23 and charged with felony manslaughter with a weapon.