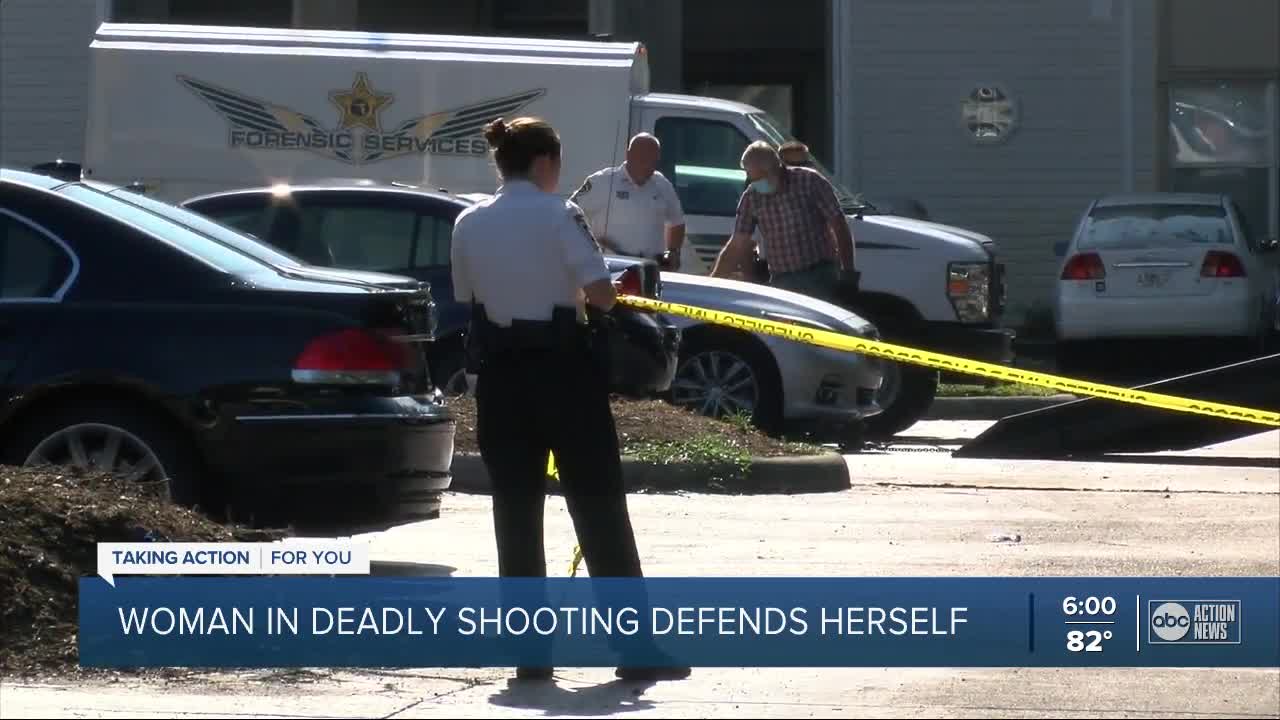 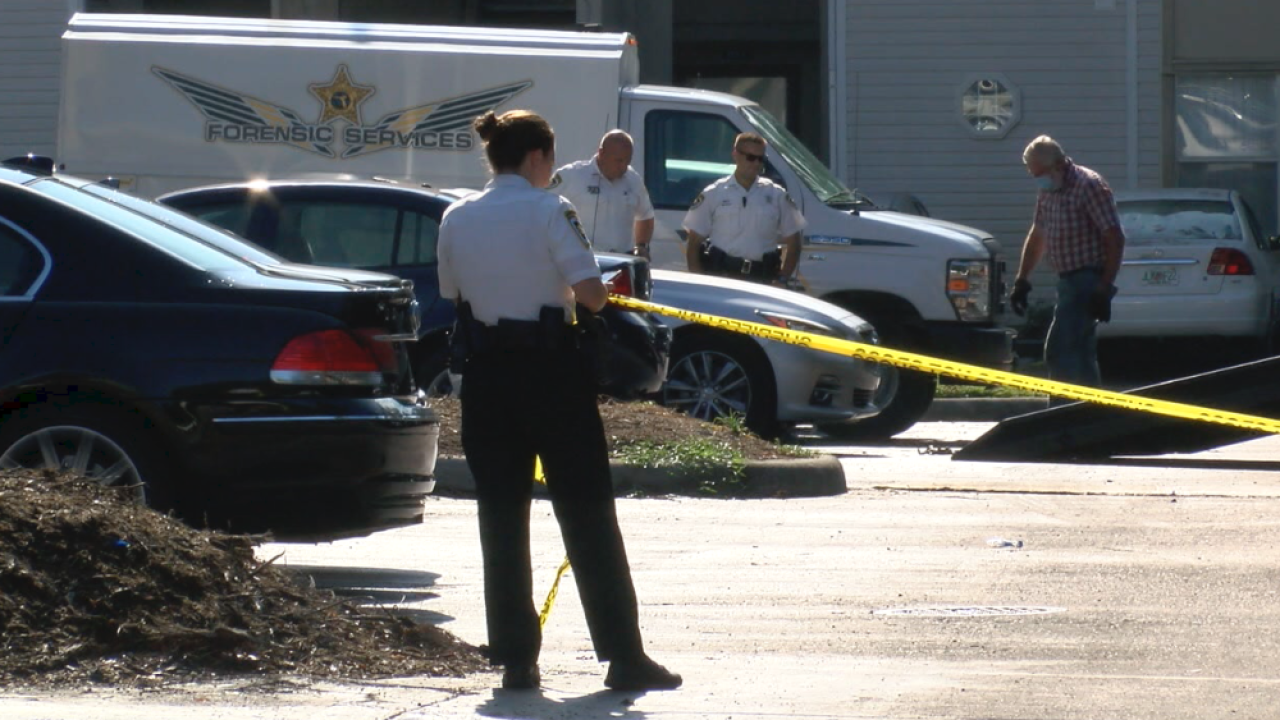 Officials said around 4:30 a.m. on Sunday, deputies received a call in reference to shots fired at Woodberry Woods Apartment on Tealwood Drive.

When deputies arrived, they found a dead man in the doorway of the unit.

Detectives learned that the man began knocking on the door just before 4:30 a.m. The woman resident could not see who it was but cracked the door open.

The man pushed the door open and a verbal argument began between the two. The man then confronted another man inside the apartment, officials said.

The man then shot and struck the other man inside the apartment at least one time, which caused not life-threatening injuries.

Officials said in fear for the woman's life, she went to the bedroom and got a firearm. She then returned to the living room where another verbal confrontation took place and there was an exchange of gunfire between the man and the woman.

The woman shot the man who was later found dead in the doorway of the apartment unit by deputies.

Officials said the woman was not injured in the incident.

"We believe the decedent and woman involved in this shooting knew each other," said Sheriff Chad Chronister. "We are still investigating the events that led up to this incident, however, it does appear domestic in nature."