Woman reunites with first responders, thanks them for rescuing her from SUV in water-filled ditch 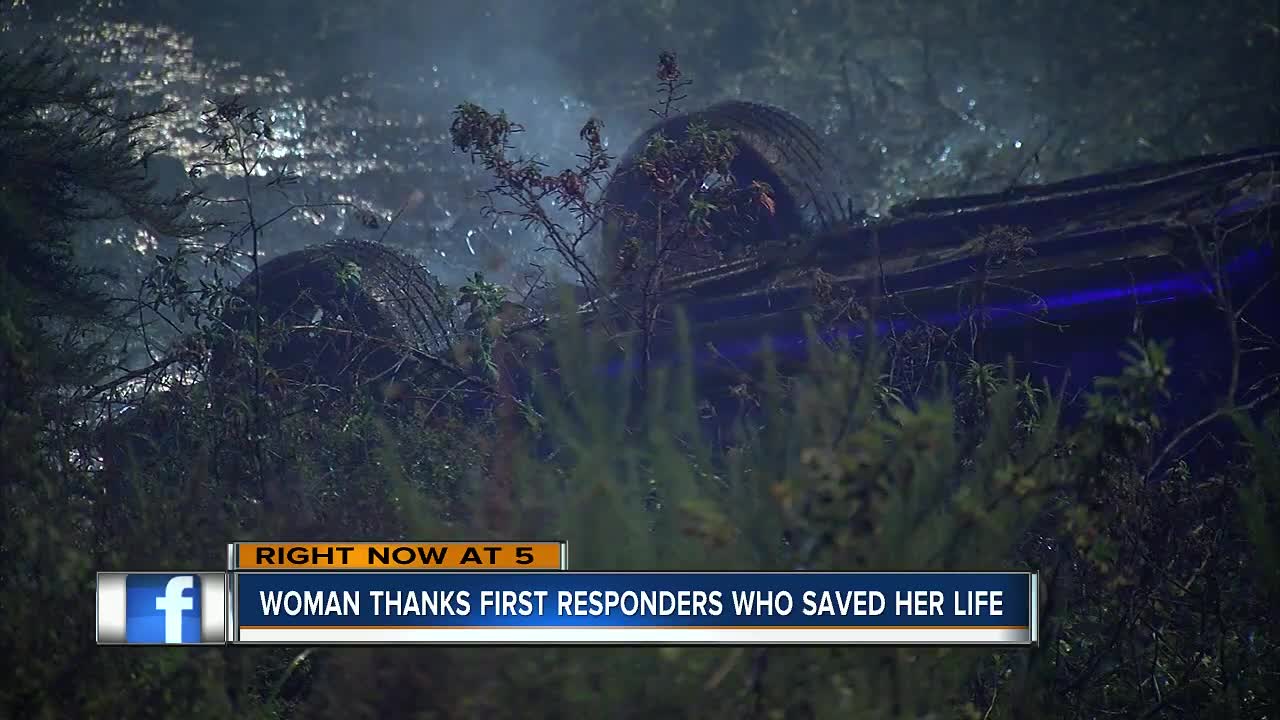 When 20-year-old Amanda Antonio's car flipped into a watery ditch off Interstate 4, deputies say it was so bogged down in the mud, she was nearly impossible to spot. 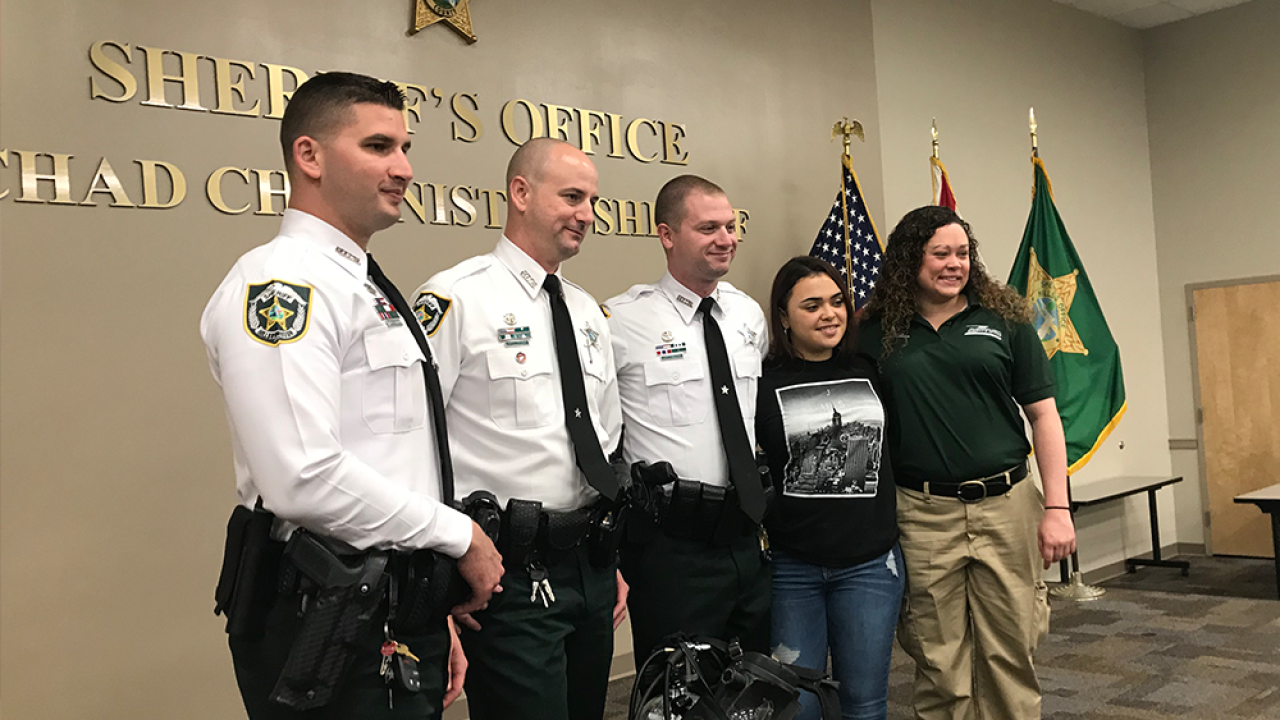 TAMPA, Fla. — When 20-year-old Amanda Antonio's car flipped into a watery ditch off Interstate 4, deputies say it was so bogged down in the mud, she was nearly impossible to spot.

"She said the water was up to her waist. Then it kept going up to her chest,” said 911 dispatcher Cheyanne Allen.

Heavy breathing on the other line meant the water was up to her mouth.

"It was very stressful but I had to stay calm to keep her calm,” said Allen.

Sinking quickly, trapped in her 2-door car, near the Ampitheater, Antonio knew she didn't have long.

“Ok, just keep talking to me so that I know you’re okay. Alright?” Cheyanne responded over the phone.

"It's not a good feeling to be coming on scene and seeing something like that, knowing somebody is inside,” said Hillsborough County Deputy Ryan Cooper.

Deputy Cooper and his partner Deputy Jeremy Pollack pried open her passenger door to get her out.

"The second you step in, you're going waist deep in mud. That mud was all holding the door shut,” said Deputy Pollack.

"It's a great feeling. For divers, we don't get that feeling a lot,” said Deputy Sullivan.

This was a rescue not a recovery, and now it is a thankful reunion.

"The first thing I told her, you're truly an angel. One of the very first angels that I met that night. She brought everyone else to me,” said Amanda Antonio.