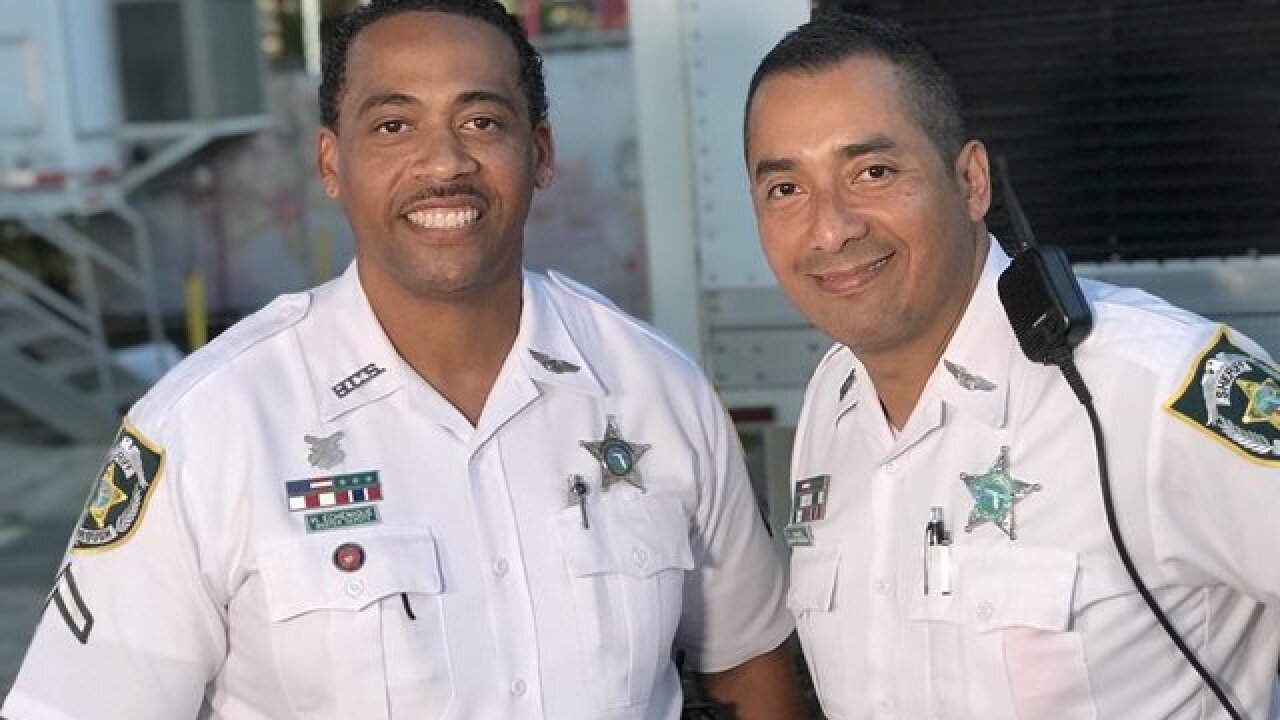 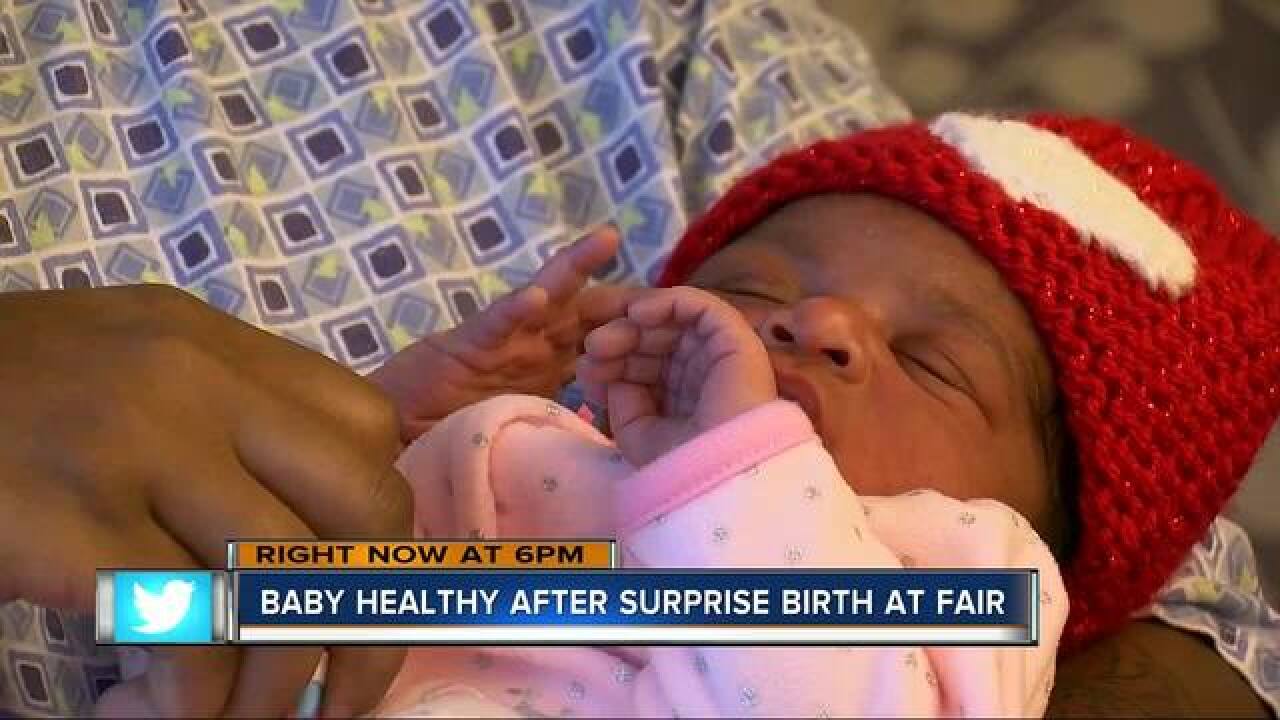 TAMPA, Fla. — A woman gave birth to a baby girl while at the Florida State Fair Friday evening with the help of deputies.

BREAKING: These two @HCSOSheriff deputies delivered a baby girl! Only at the #FloridaStateFair baby’s head was in mom’s pants. He told the father, “that’s your wife, you take those pants off bro!” @abcactionnews pic.twitter.com/D4XjbBwR9g

Deputies Roberto and Henry Echenique heard a woman asking for help as her water broke at about 4:00 p.m.

Your go-to guide for the 2018 Florida State Fair

They jumped into action and within minutes, helped the woman's husband deliver a healthy baby girl near the expo hall in the main fairway.

"We tried to keep her calm," Echenique said. "She kept saying, 'it’s coming, it’s coming' at that point her water broke in the chair she was sitting down in  She still had her pants on we seen a bulk in her pants we knew that was the baby."

Deputies found a soft piece of ground and layed mom down. Other deputies and vendors held up a tarp to give her privacy from the public. She delivered in the middle of hundreds of people behind a wine tent and extremely popular BBQ stand selling jumbo turkey legs.

Baby was born between the giant turkey legs and the tropical frozen wine tent! @abcactionnews @HCSOSheriff held up a tarp as mom delivered a baby girl in the grassy area. Only #florida #floridastatefair pic.twitter.com/FBuvbU1tZj

"With the assistance of her husband, I pointed to him and I said 'do me a favor, please. Those are her pants — can you do me a favor and take them off. I am not going to do that that’s your wife, take off those pants right now that is your baby let’s try to get that baby out right now.'"

After safely removing her pants deputies noticed the baby was already half way out. It didn't take long for the baby girl to make her way into the world.

"I put on some gloves and baby came right on out," Echenique said.

He caught the baby and held her until EMS arrived.

In total, 10 deputies helped with the delivery.

Ramirez has three young children at home. He admitted, seeing a baby born at the fair was a new experience for him.

"My wife is going to kill me for this. I’ve never never been in the delivery room myself. I’ve chose not to. I’ve actually told my wife have your mom go in there. When she finds out that I actually helped deliver a young woman’s baby she is going to be very upset with me," Ramirez said with a laugh.

The mother was taken to St. Joseph's Women's Hospital and she and the baby are in stable condition.