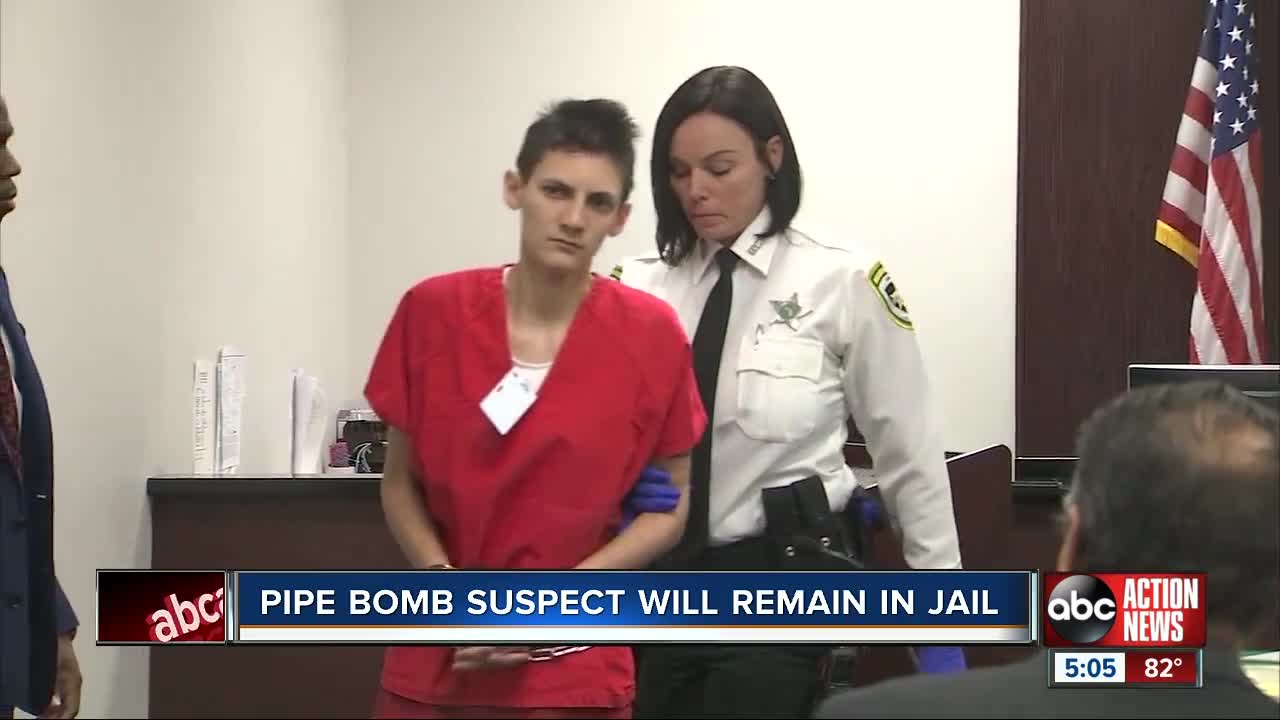 Michelle Kolts' defense team tried to get her into a mental health facility but the judge ultimately decided Kolts is a threat to the community and will stay in pre-trial custody. 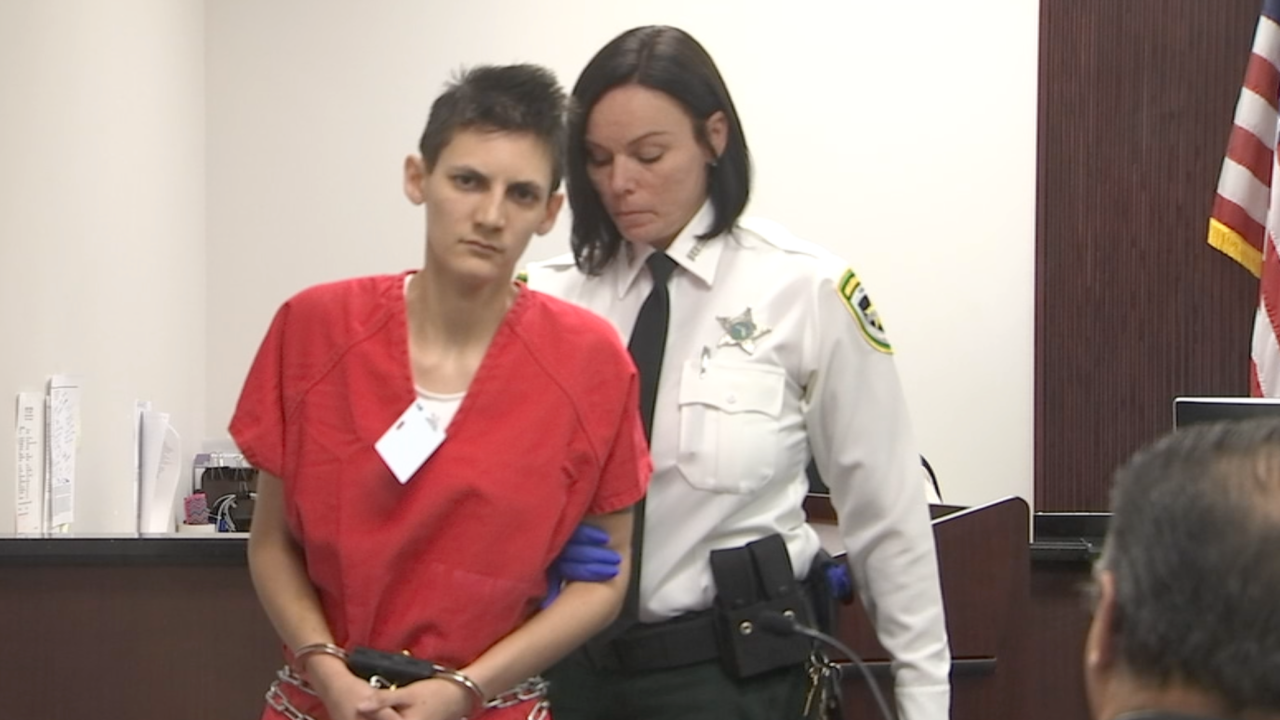 HILLSBOROUGH, Fla. -- A woman who is accused of having supplies to make more than two dozen pipe bombs will remain in jail until her trial.

Michelle Kolts' defense team tried to get her into a mental health facility but ultimately Judge Wes Tibbals decided Kolts is a threat to the community and will stay in pre-trial custody.

Deputy Michael Wright, the bomb squad leader who testified said there were nails and screws taped to the outside of the pipes, and also found inside the pipes.

"There was a tool box sitting there with the lid exposed and inside we saw several pipes. On top of the pipes, we saw a canister of smokeless powder and fuse material,” he said. “Inside the pipes were what appeared to be nails, screws and pellets.”

He said if one of these bombs were thrown into a large crowd, it could kill 5 to 10 people and injure numerous more. Deputies also found fake guns, knives, bow and arrows, DVDs, and books that related to mass shootings and bombings.

And while Wright said the pipe bombs weren’t “fully assembled,” the process is quick.

“All they would have had to have done is remove one of the end caps, poured the powder in, put the wick on there, closed it and lit it,” he said.

They also talked about a time back in 2018, when deputies came to the house after being contacted by an online company about a purchase Kolts made that consisted of replica clothing, photographs and items relating to the columbine shooting. They say at the time the family said they were getting her help for mental health issues.

Her trial date has not been set.