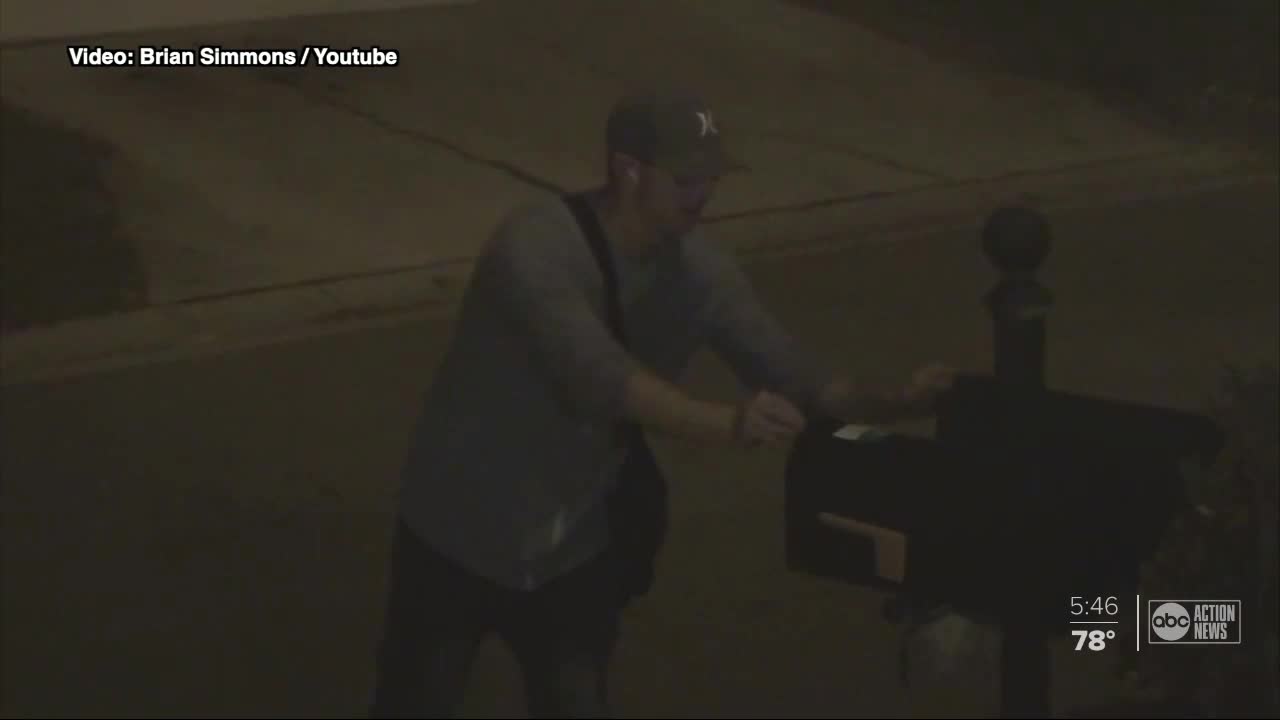 A couple decided to set up a bait package in order to catch the thief on camera. 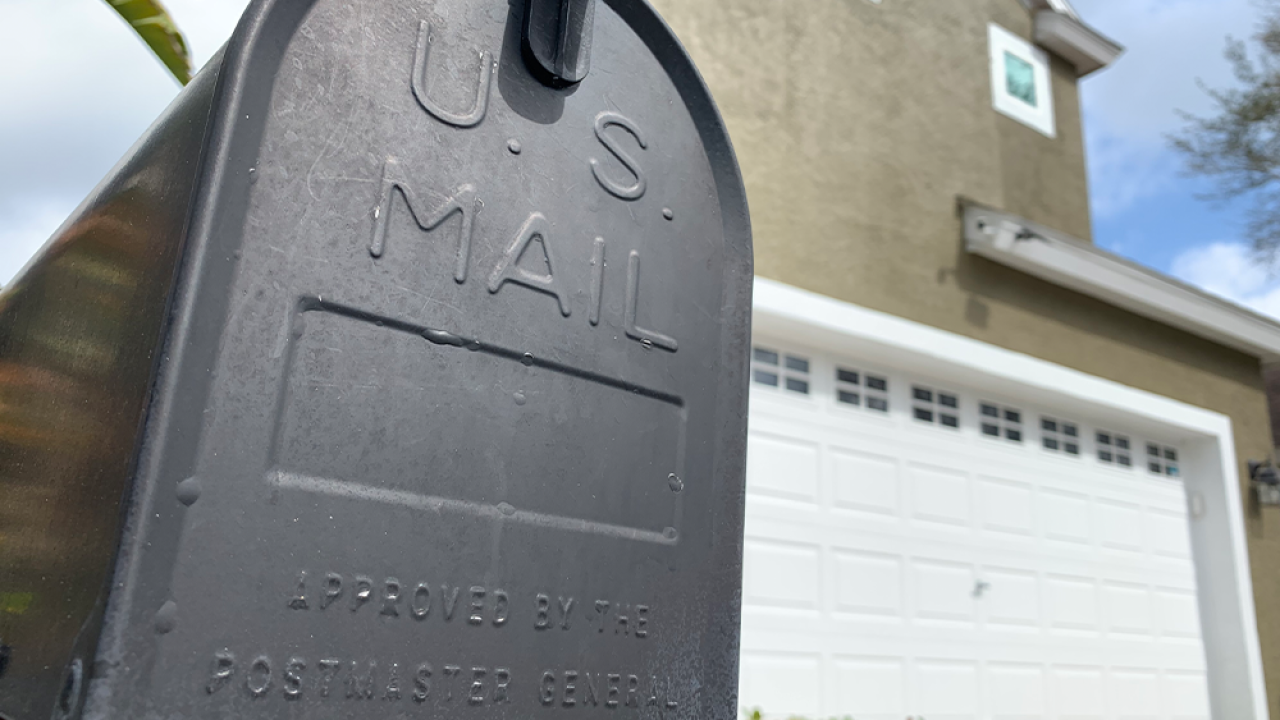 HILLSBOROUGH COUNTY, Fla. — A Westchase neighborhood is fed up with what they say is a serial mail thief. A couple decided to set up a bait package in order to catch the thief on camera.

Suzie and Brian Simmons know the thief by one moniker, the mailbox creeper.

The Simmons believes he's hit their neighborhood at least five times since January. Three of those times they caught the guy wandering the streets but never caught him in the act until they pointed their camera toward the mailbox.

It first happened on Jan. 5, and then again three days later. But most recently, it happened Thursday morning around 3 a.m. The only difference from past times is the Simmons caught the thief on camera.

“It’s a little upsetting to see that person taking what belongs to you with no regard to anyone else," said Suzie Simmons.

The Westchase area has been the target of mail theft since the start of the holidays. Victims told ABC Action News that gift cards, checks and cash were stolen. They later found leftover mail dumped in a nearby parking lot.

Brian Simmons says one neighbor even had their passport stolen.

“How can we catch this person in the act? They are so brazen," he said.

He decided to create a bait package.

He took an Apple Watch box and stamped a fake eBay sticker on it, but inside was no watch.

Instead, he placed a note to scare off the thief and threw in some old computer parts inside to pose as a tracker.

The note read - "Time to start running [expletive]! This package is being tracked. :) Have a nice day [expletive]."

Damien Kraebel, a federal postal inspector for the U.S Postal Inspection Service, told ABC Action News the agency is aware of the thefts and they are investigating.

Kraebel suggests you don't leave any mail in your box overnight. He compares it to leaving your wallet just sitting on your driveway.

USPS advises homeowners to drop off important letters and packages directly to the post office rather than leaving them in the mailbox.

You can also sign up for Informed Delivery for free. The service sends you scanned images, in the morning, of the mail you can expect to be delivered later in the day.

Meanwhile, the Simmons are especially concerned this thief could be after sensitive tax documents. Your name, employer, social security number are all included in one letter.

The Simmons hope the video could be the key to bringing this alleged mail thief to justice.