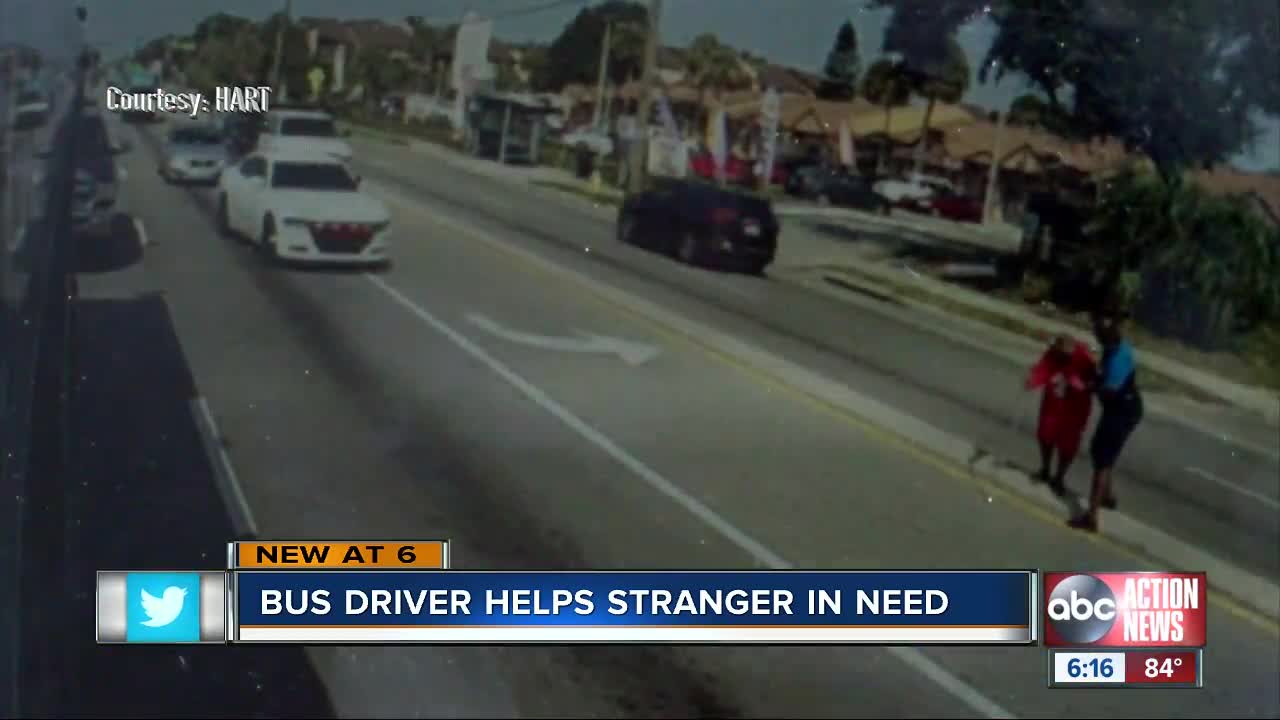 A HART bus driver is being praised on Friday after she was caught on video stopping to help an elderly woman cross the street. 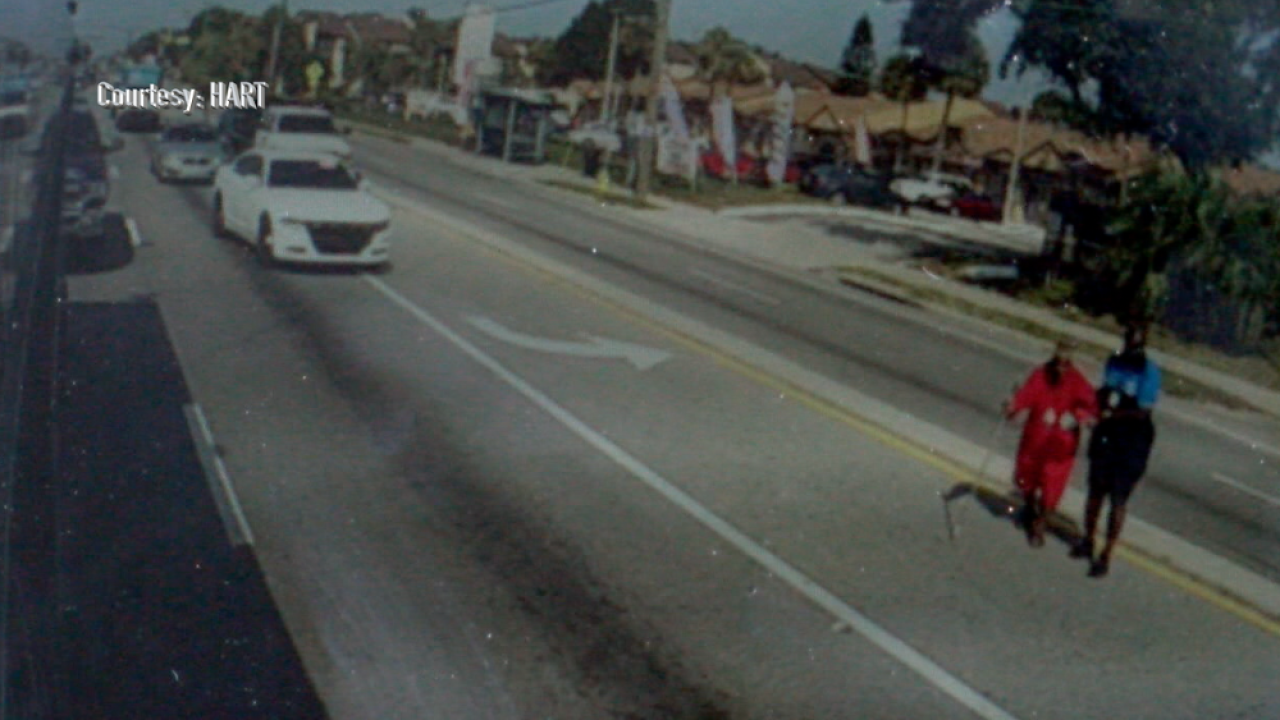 TAMPA, Fla. — A HART bus driver is being praised on Friday after she was caught on video stopping to help an elderly woman cross the street.

“It touched me. It really did,” passenger Melissa Colleran said.

Colleran was riding the bus on Tuesday when the driver, Elaine Caraballo, made an unexpected stop.

“I noticed as I was approaching 15th [and] Fletcher, this lady was standing in the middle of the median. She had one foot up, one foot down, like she was leaning over,” Caraballo said.

The elderly woman can be seen on video standing in the middle of the road, struggling to get over the median.

Bus security cameras show Caraballo asking the woman if she's okay before getting off the bus, crossing the street and helping her to the other side.

“As I was walking across, she started talking to me, she said ‘don’t get too close.’ She said, ‘because I’m kind of funky.’ I said, ‘ma’am I’m not worried about that. I’m just trying to get you safe across the street,’” Caraballo said.

Caraballo got back on the bus only to receive praise from her passengers.

“Everyone was saying ‘thank you,’” Caraballo said.

At the end of the route, Caraballo received recognition from her family as well.