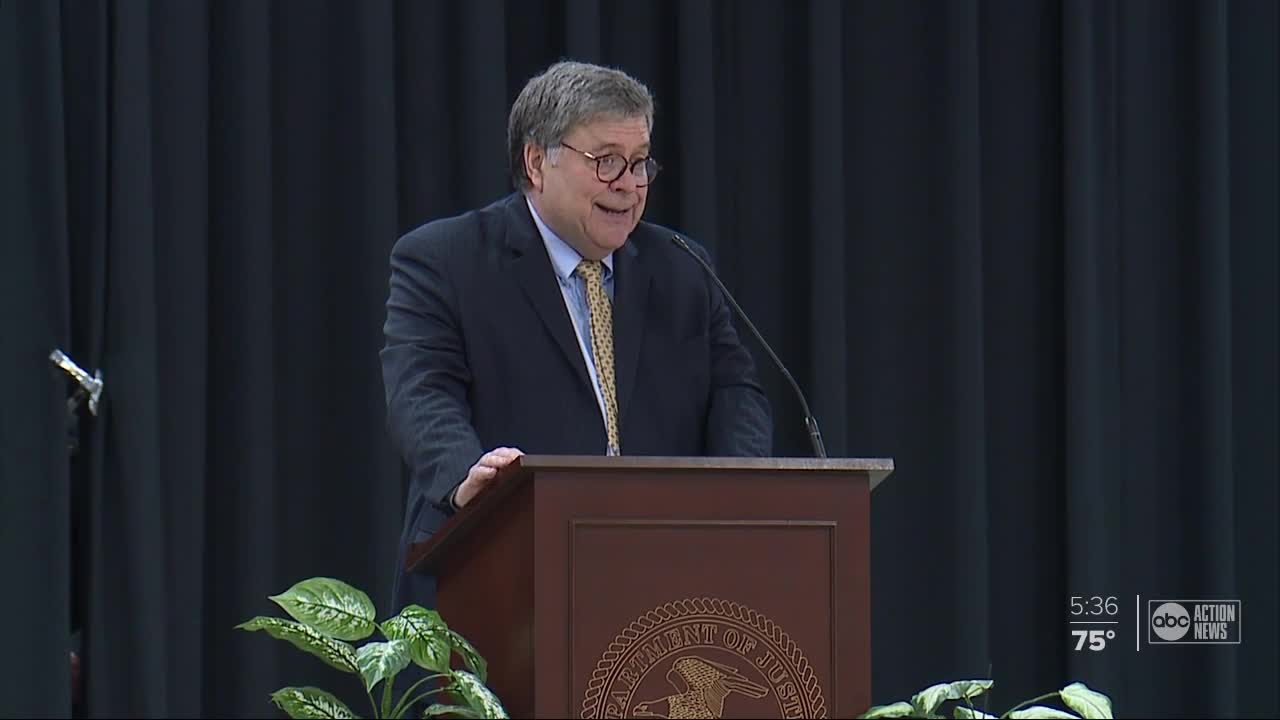 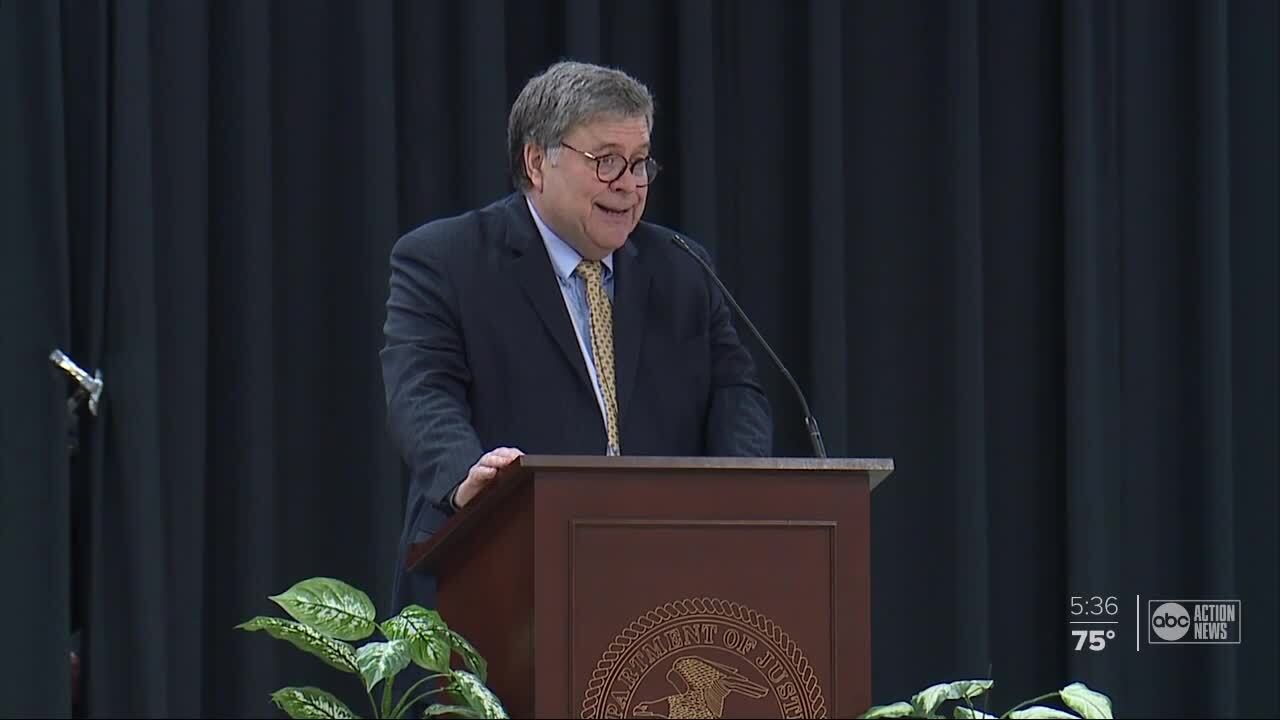 During the event, the Department of Justice announced what it called the largest coordinated sweep of elder fraud cases in history. They charged more than 400 people this year accused of engaging in financial schemes largely impacting seniors.

In total, the DOJ said the schemes caused losses of more than $1 billion. Barr said the Transnational Elder Fraud Strike Force prosecuted more than a quarter of those charged.

"These victims should be in their golden years having worked very hard to save up for retirement, and frequently their life savings are just taken from them by these cold blooded fraudsters," said US Attorney General William Barr. "This is why the administration has made attacking this particular form of fraud, which as I say has been mushrooming, as one of our highest priorities."

In total, the DOJ said the schemes caused losses of more than $1 billion. Barr said the Transnational Elder Fraud Strike Force prosecuted more than a quarter of those charged.

In the Middle District of Florida, five indictments and four civil complaints were filed. The DOJ said the FBI and Postal Inspection Service also took action against more than 600 accused money mules.

Barr said the prevention of transnational elder fraud is an agency priority goal. He said his name was once used in a scam to lure victims.

"It was really heart wrenching. People called with the desperate hope this was real they had already put their money into it," he said.

"Mark my words, this initiative will bring justice to owners and operators who put profits over patients," said Barr.

Barr said there were unsettling examples, with what he called nauseating evidence, describing residents with scabies, bed sores down to residents bones, medications not given to patients and conditions unfit for living.

The DOJ said it has already started investigations into 30 individual nursing facilities in nine states. The initiative is coordinated by the department's Elder Justice Initiative.

"He’s not reacting to polls or the latest fads or what the latest news story is, and he wants us to fight for American seniors because far too often America’s seniors are taken advantage of and nobody’s standing up for them," said Joe Grogran, assistant to the President and the Director of the Domestic Policy Council.

"President Trump and his entire administration is committed to protecting elders from the criminal enterprises that are increasingly on the dark web, the open web and also overseas hiding beneath many layers online and offline," said Kellyanne Conway, assistant to the President and senior counselor.

Conway described the passage of the Senior Safe Act in 2018, which addressed barriers financial institutions may face in reporting senior abuse.

"We realize the original legislation did not adequately address big schemes far reaching schemes like the Jamaican lottery system and impersonation fraud schemes which are often increasingly some of the most lucrative," Conway said, adding that they're working to enhance penalties for telemarketing or email scams targeting seniors.

Some attendees welcomed the announcement.

"It’s excellent, it’s excellent if nothing look at all the turn out we’ve had we’re all interested in the same things," said Richard Hochfelder.

"I was impressed with I think their commitment to elder care and that was really what I was most impressed with which I really liked to hear," said Frances Doyle.

Others wanted to see the announcement tackle more issues.

"It all sounds good and it seems like they’re really working a lot of this, but they’re not addressing the guardianship. Same problems they’re taking about should be easier to tackle because it’s all local," said Alan Sayler.

Outside, more than a dozen protesters lined the street holding up signs.

"I'm really upset that an event that should be about safety for seniors has been kind of taken over as a Trump campaign event and I don't think that's right," said Debbie Anderson.

She joined more than a dozen protesters outside the event who lined the street holding up signs.

"Quite upset with what our attorney general has, how he has performed as attorney general of the United States," said Fran Bodman, president of the South Shore Democratic Club, who also protested.