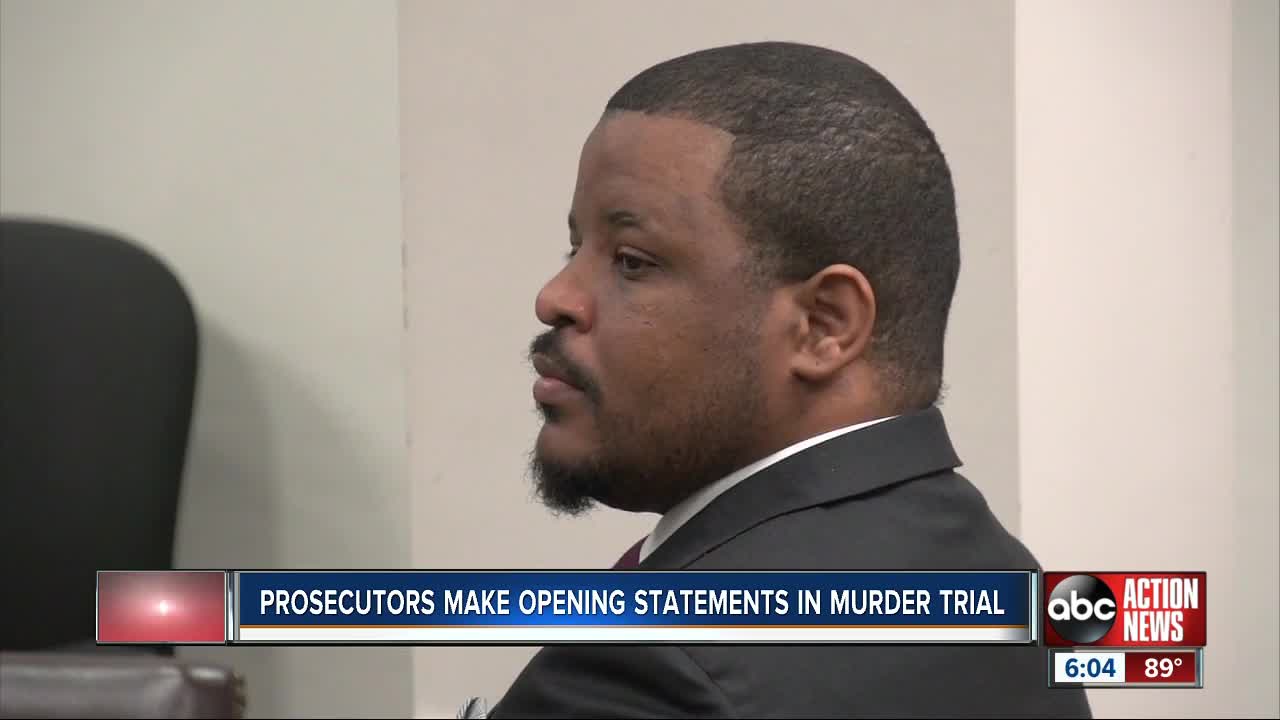 The trial for Granville Ritchie, the man accused of raping and murdering a 9-year-old Tampa girl in May of 2014, began today. TAMPA, Fla — The trial for Granville Ritchie, the man accused of raping and murdering a 9-year-old Tampa girl in May of 2014, began today.

In front of a jury tasked to decide the fate of Ritchie, State prosecutor Scott Harmon spelled out his opening argument.

“This evidence will prove it to you, and it will be crystal clear in your minds that it was this defendant, Granville Ritchie, who took this little girl from her home in Tampa to Temple Terrace and took her into this apartment which became, for this little girl, a place of nightmares,” said Harmon.

He showed the jury pictures and went over details from May of 2014 when 9-year-old Felecia Williams was found dead along the Courtney Campbell Causeway.

It was a Friday, and Felecia was off school that day. According to the state, Felecia called and asked her mom, Felecia Demerson, if she could go with Ebony Wiley, a family friend and former neighbor, to McDonald's.

Demerson described her daughter to the jury in court Friday.

“She loved people, she loved life, she loved animals. And she most definitely loved her family,” said Felecia Demerson.

Demerson told Felecia she could go with Wiley, but didn’t know Ritchie was with them.

Instead of going to get food, the state says he drove them to his apartment in Temple Terrace. When the family friend left to run errands, Harmon says Ritchie raped and killed her.

"Felecia Williams’ life meant less to this man than his sexual desires to violate her,” Harmon said.

The defense didn’t make any opening arguments and said they’d like to use the time at the end during closing arguments.