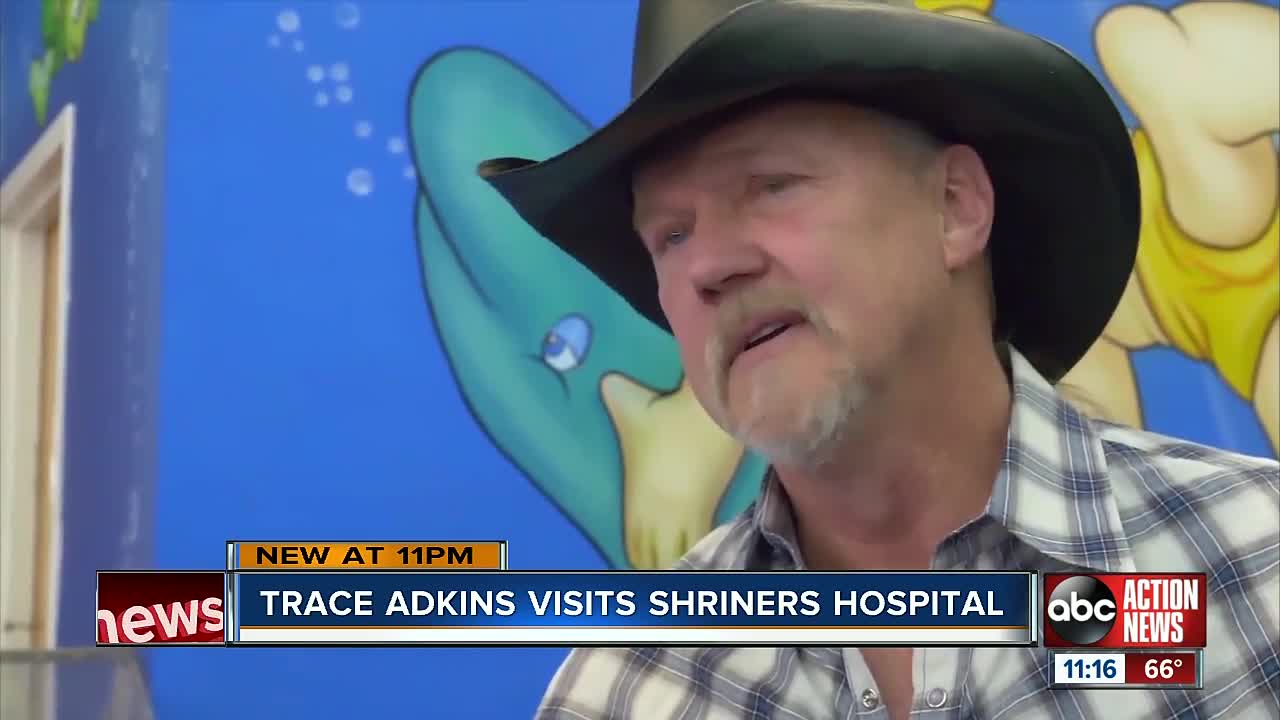 Country music star Trace Adkins paid a visit to Shriners Hospital for Children while in Tampa as part of Blake Shelton's Friends and Heroes Tour. 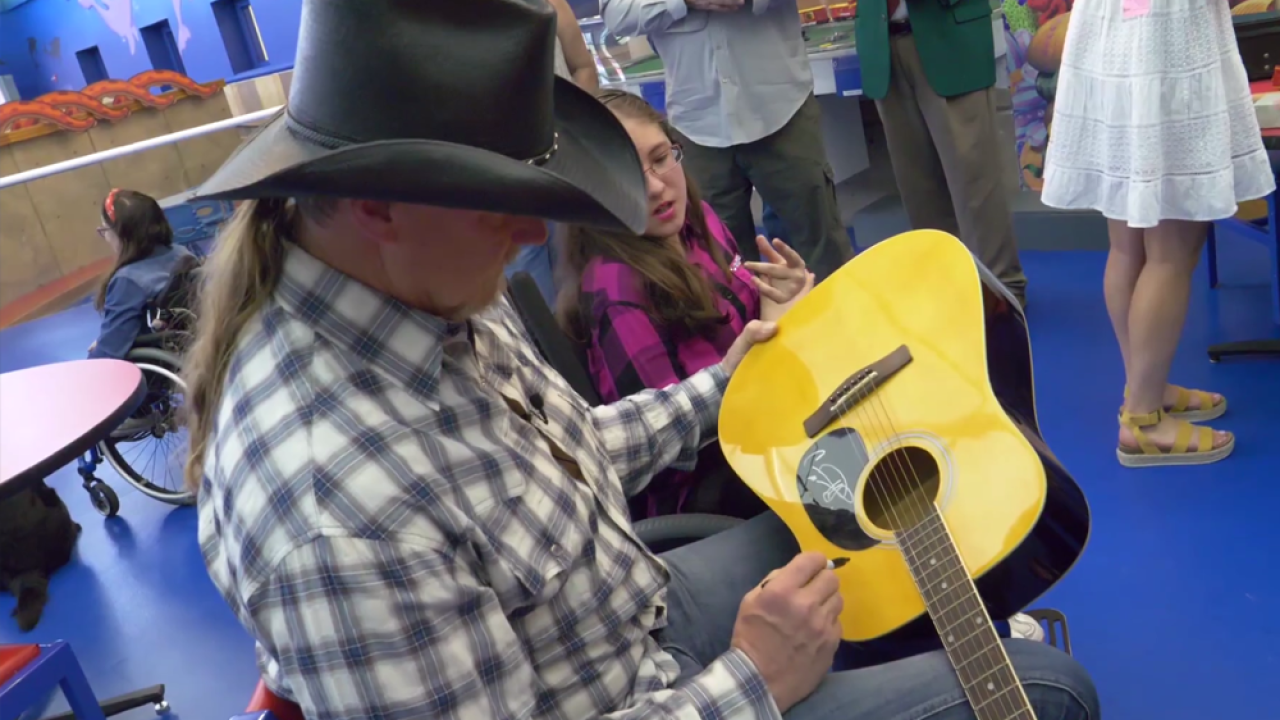 Adkins met with patients just hours before taking the stage on Friday. He toured the facility then visited with children, signing hats and singing songs.

"It's hard for me to put into words right now," Adkins said after becoming emotional while visiting the children. "I've just witnessed something that was so overwhelming...a group of 25 or so beautiful children singing. It's very touching and really hard to put into words."