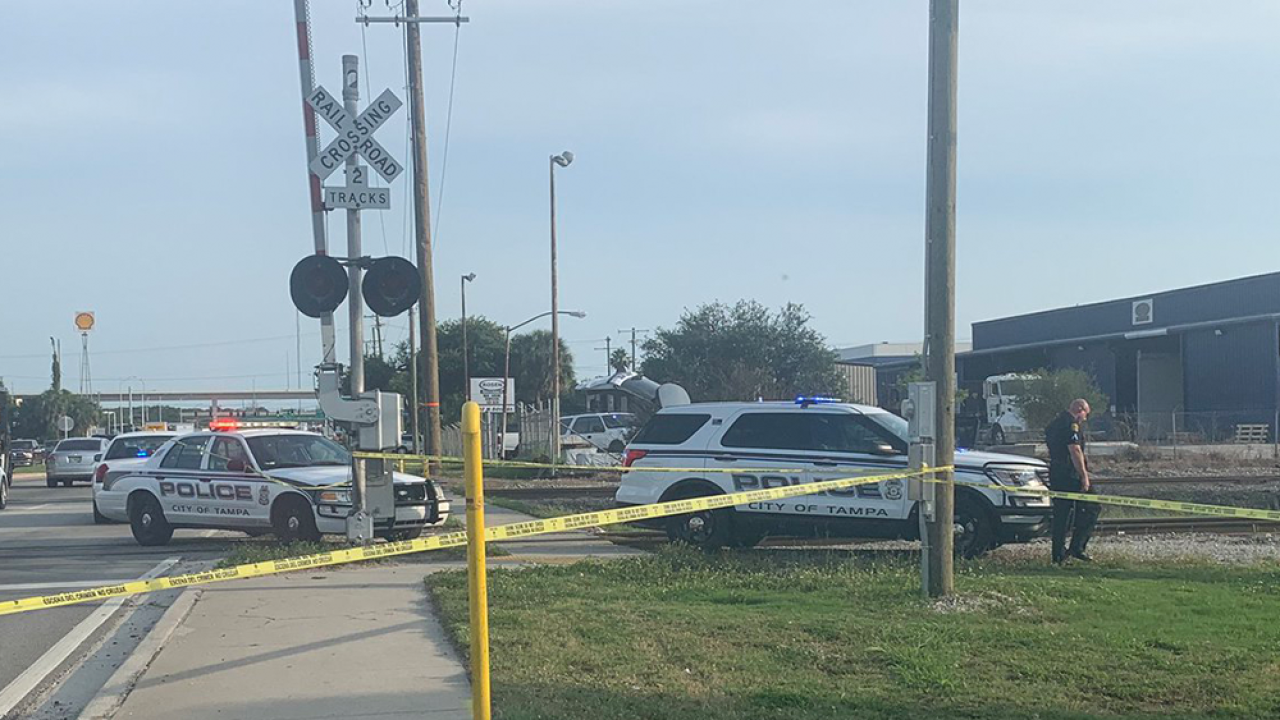 TAMPA, Fla. -- A man was hit and killed by a train in Tampa Wednesday night.

TPD responded to a call on North 50th Street near East Broadway Avenue. ABC Action News' crews on scene were told a male adult was hit and killed by a train in the area.

Officials did not say how the man was hit by the train. The deceased male's identity has not been released.