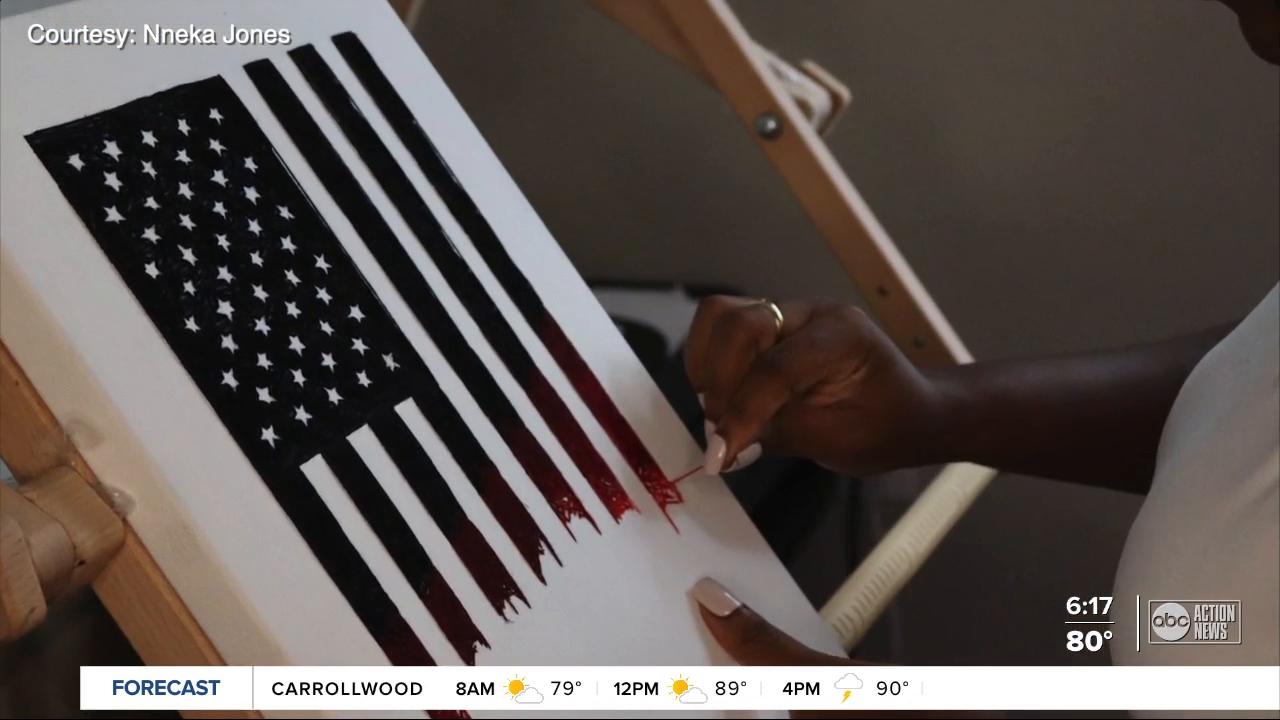 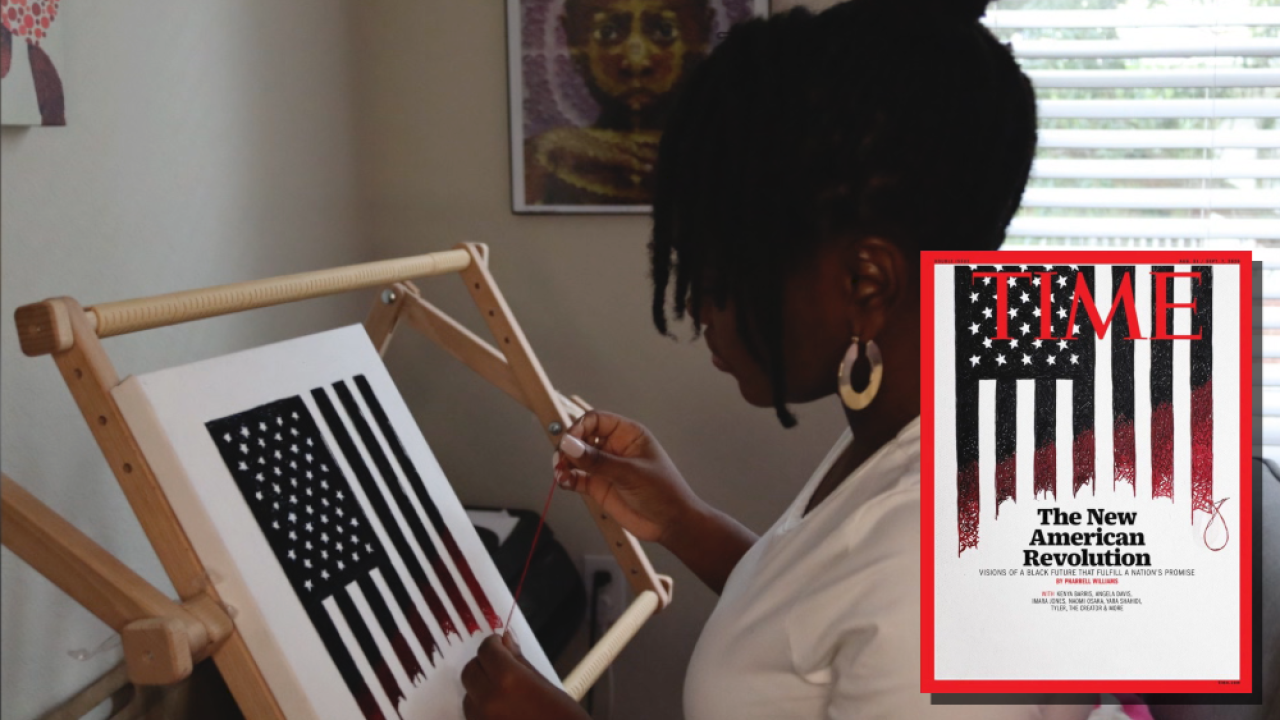 TAMPA, Fla. — University of Tampa graduate Nneka Jones created a powerful piece of art that became a worldwide sensation in a single day.

"It's been crazy and humbling," says Jones, a 23-year-old talent from Trinidad and Tobago.

Her untitled piece graces the cover of the current Time magazine, a call for equality in the shape of an American flag being restitched and reimagined.

"We're reshaping it as a symbol of optimism, of working toward a better future that's more close-knit," says Nneka.

Her original piece can be viewed at the Epicurean Hotel in Tampa this Saturday. For tickets, click here.

When you see her work, look closer.

It's not a painting. It's embroidery. All hand-stitched. The sewing needle is still there.

"I don't want you to just look at the artwork simply for aesthetics," says Jones. "I want you to take a message away from it or have a dialogue with the people around you."

The activist artist credits this unique approach to a UT professor who challenged her to make a painting — without using paint.

Her work on social media, especially a traditional painted portrait of George Floyd, caught the eye of an art director at Time.

For a special issue dedicated to social injustice and a push for true equality, all curated by musician Pharrell Williams no less, Nneka was called on for the cover.

Due to deadlines, she had just 24 hours to stitch the whole thing.

"I was like, 'Nneka, what have you gotten yourself into?'" Jones says, laughing about the frenzy to finish.

Her work is now generating conversation and debate, all of which she welcomes.

"I'm getting a lot of support from America, and all over the world," Jones says. "But also where I'm from, Trinidad and Tobago, because I believe I'm the first Trinidadian to be on the cover of Time magazine."