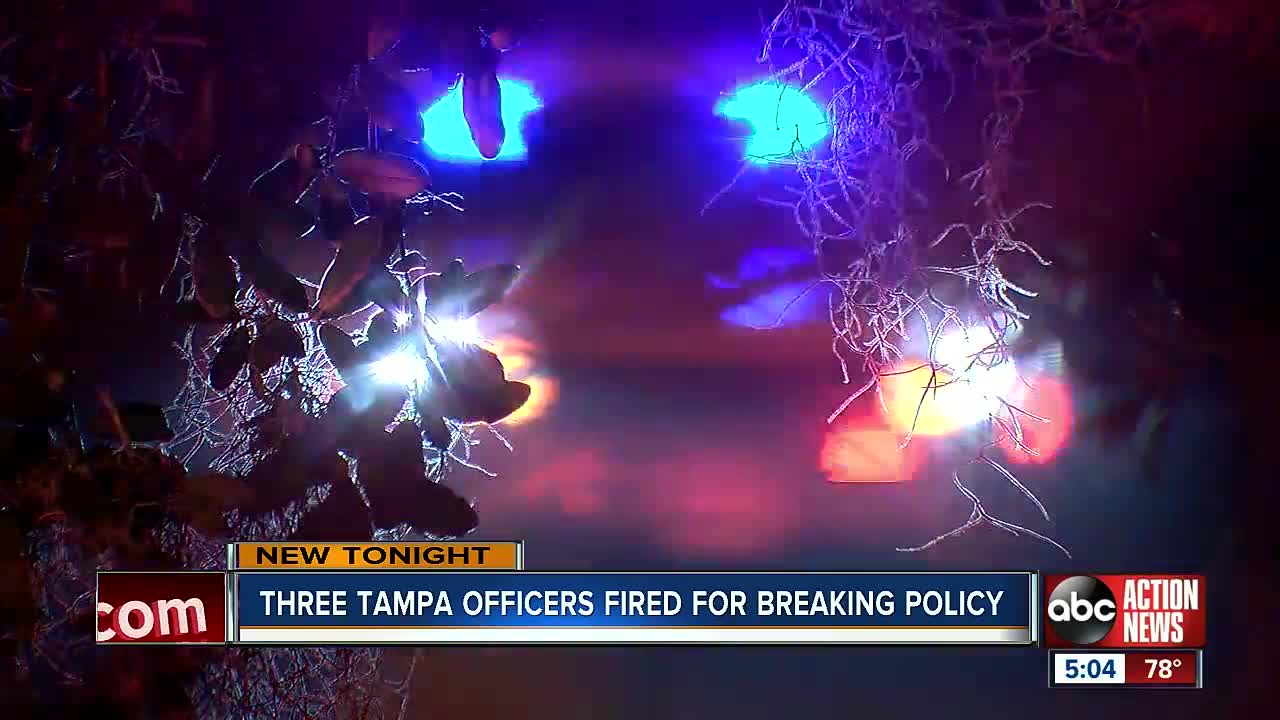 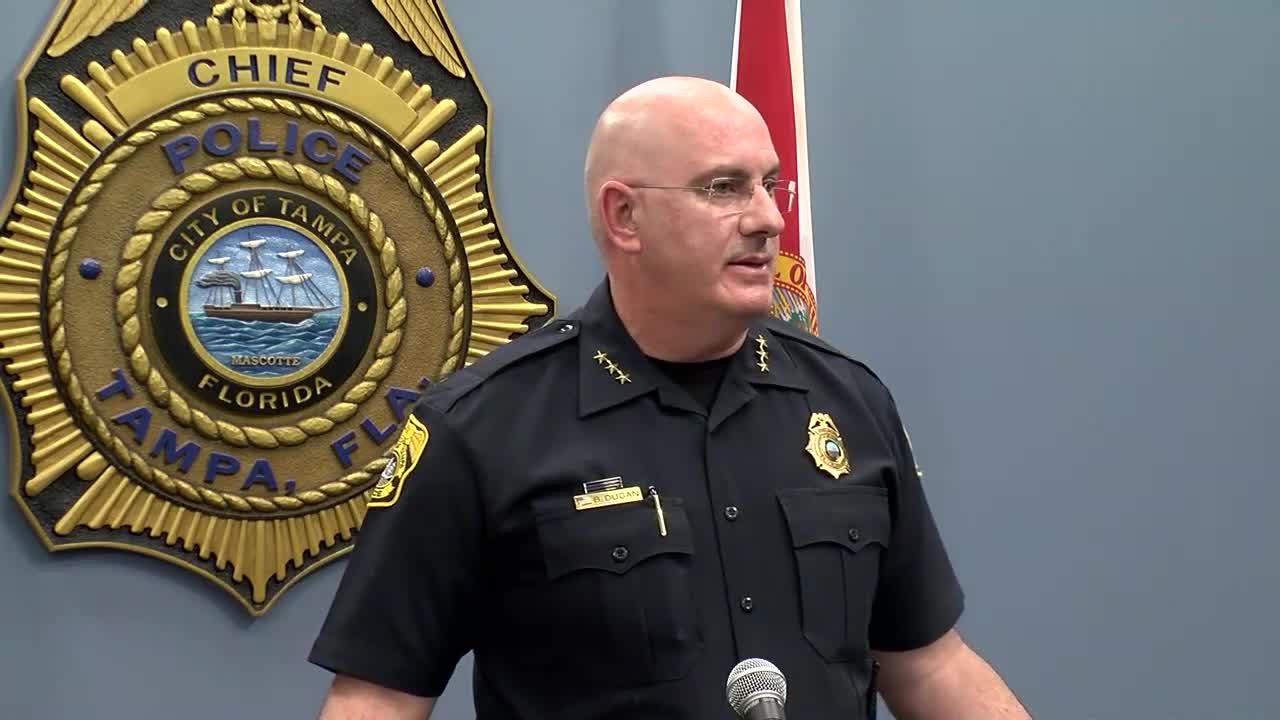 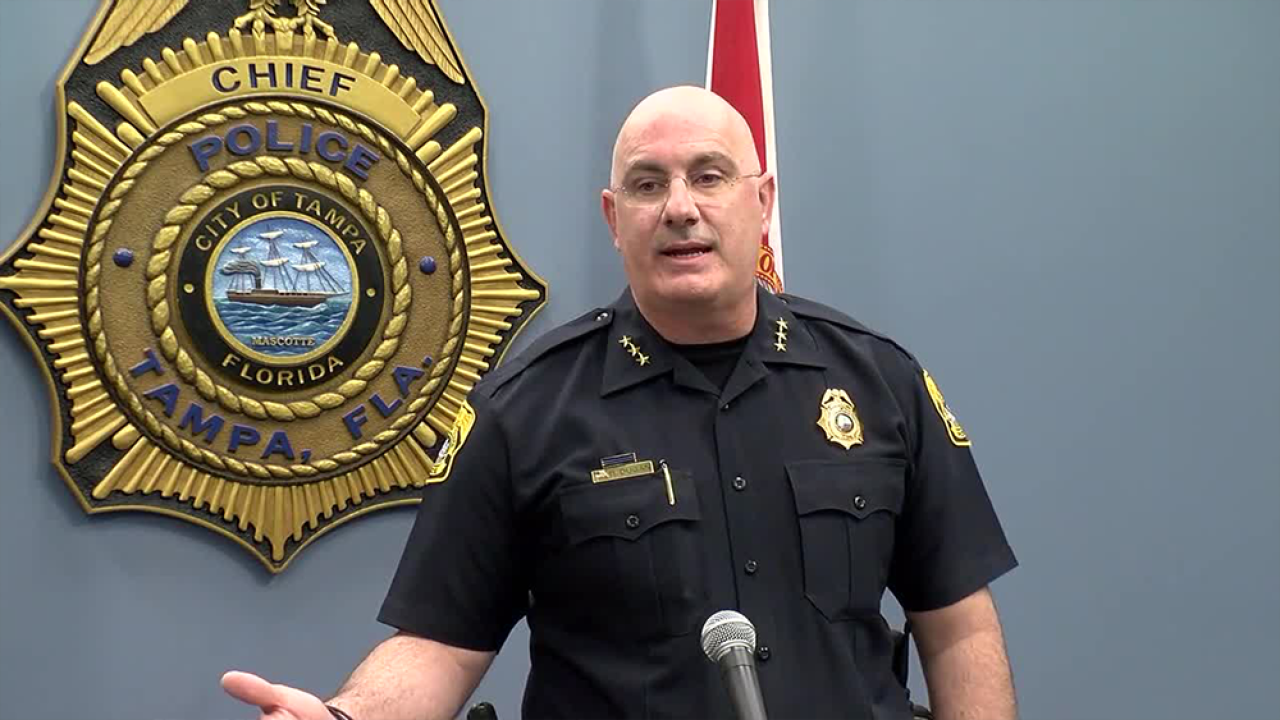 The investigation began in September of 2018 when a citizen complained to the Department about Officers Mark Landry and John Laratta threatening him, according to Tampa Police Department. Investigators with the department attempted to review Officer Laratta's body worn camera and found that the incident was not properly recorded, so investigators started to review Laratta's use of his body worn camera.

"They have embarassed our police department," said Chief Brian Dugan.

A total of 11 officers were investigated for policy violations. 1 officer was completely cleared of all allegations.

"My concern initially was, the fact that if they were taking marijuana from someone, what were they doing with it. Were they using it?
Were they selling it? My biggest concern was whether they planting it on somebody. We have no reason to believe any of that took place," said Chief Dugan.

At the beginning of the investigation, Officers Landry and Laratta were placed on administrative duty and drug tested. Another officer, Officer Algenis Maceo, was also placed on administrative duty as part of the investigation. Three of the officers, Landry, Laratta and Maceo, were found to have violated numerous Tampa Police Department policies and regulations. Seven other officers had at least one policy violation and one officer was ultimately cleared.

TAMPA NEWS | The latest headlines from the City of Tampa

The officers were not involved in criminal acts, according to TPD.

There was no evidence of officers improperly arresting or detaining suspects, nor did they plant evidence or violate the rights of suspects, according to a press release.

Some of the policy violations included not properly recording events with their body worn camera, improperly disposing of evidence, failing to submit required reports, use of tobacco while on duty and being discourteous to the public. Officer Laratta was the only involved officer who had a body worn camera.

Click here to read the official document on the investigation.

In February of this year, Chief Dugan notified the State Attorney's office that at least two of the officers under investigation might have credibility issues that could compromise court cases. The State Attorney's Office ended up dropping charges against four defendants and other cases are under review.

Tampa Police Department is reviewing their policies and making changes where necessary.

Chief Dugan says he plans to attend roll calls to meet with officers to explain what happened in these cases, why the discipline was necessary and to clarify his expectations moving forward.