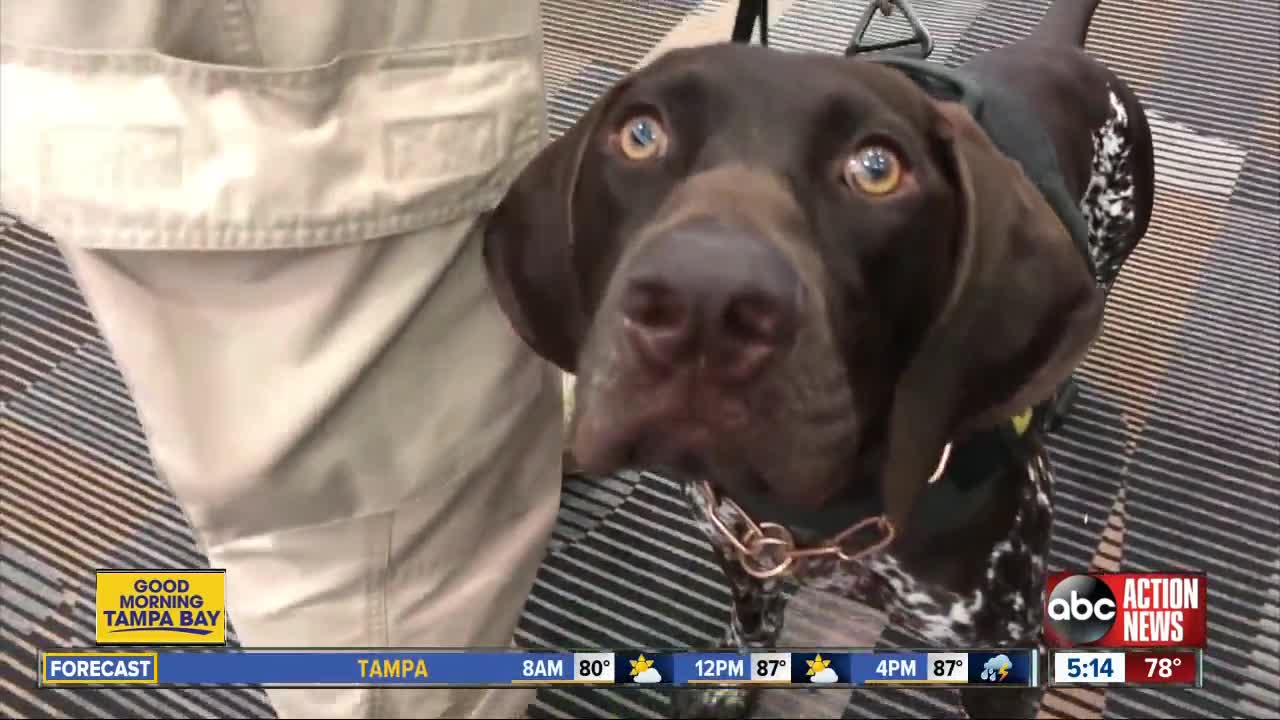 Ten dogs at Tampa International Airport work with police and TSA officers to keep passengers safe from explosives and more. Monday was National Dog Day, so they’re being celebrated this week. Roy-Roy the German Shepherd works for toys, but his job is no game.

Named after an NYPD officer who lost his life on 9/11, Roy-Roy patrols the security line at Tampa International Airport, sniffing passengers and their carry-ons for suspicious materials.

Roy-Roy is one of 10 dogs at the Tampa airport whose job it is to keep us safe.

Monday was National Dog Day, so the police dogs are being celebrated this week.

The dogs live with the officers with whom they’re paired. They have two main functions. Roy-Roy and his crime-fighting canine pals work with TSA at security.

Another team works with airport police, patrolling areas outside the gates, sniffing suspicious bags and vehicles.

“He loves finding bombs,” says John Preyer who’s paired up with Barclay, a dog who works the main areas. “And he loves coming to work. When I get ready in the morning, he’s right there at the door, ready to go.”

All the dogs are trained by the TSA via a reward system. They link suspicious and dangerous smells such as explosives with rewards: in most cases, a toy.

When Barclay finds a package, he stops, noses it, and sits at attention.

Then he gets a ball.

When Roy-Roy sniffs a suspicious passenger, he’ll follow them until he gets a red chewy “kong.”

“He kind of goes crazy,” says Depietro. “He wants that reward!”