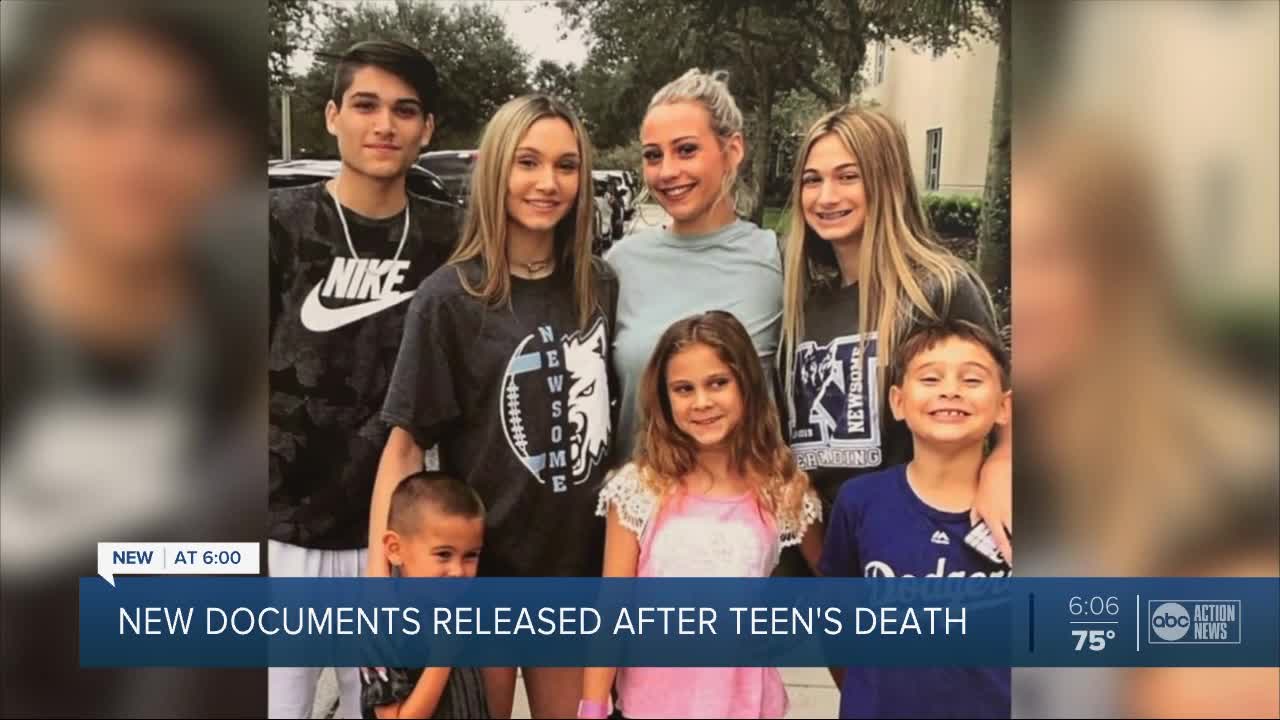 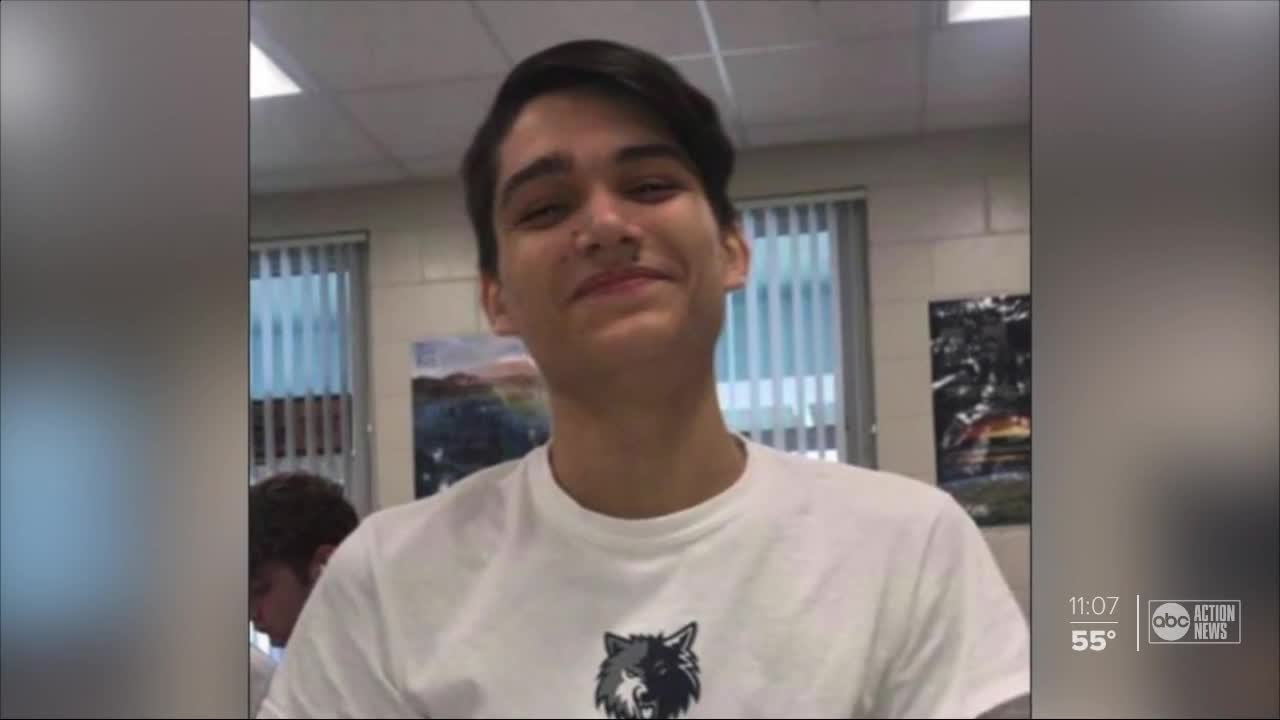 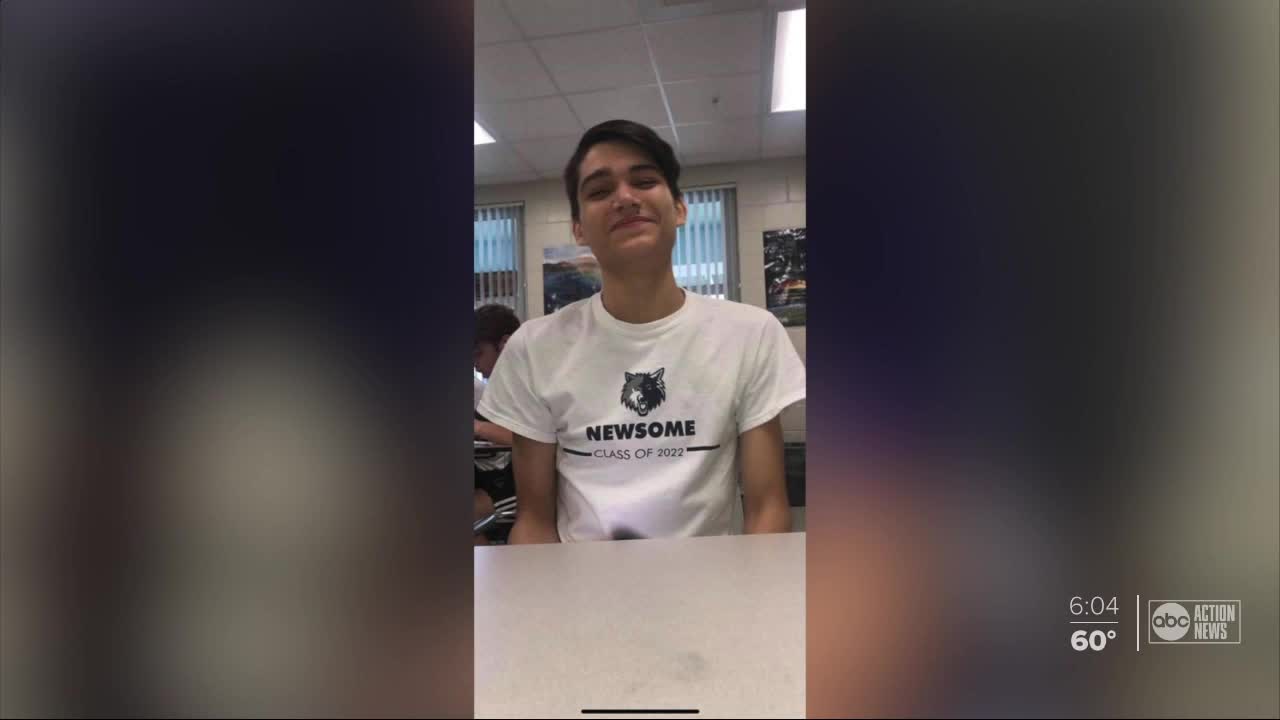 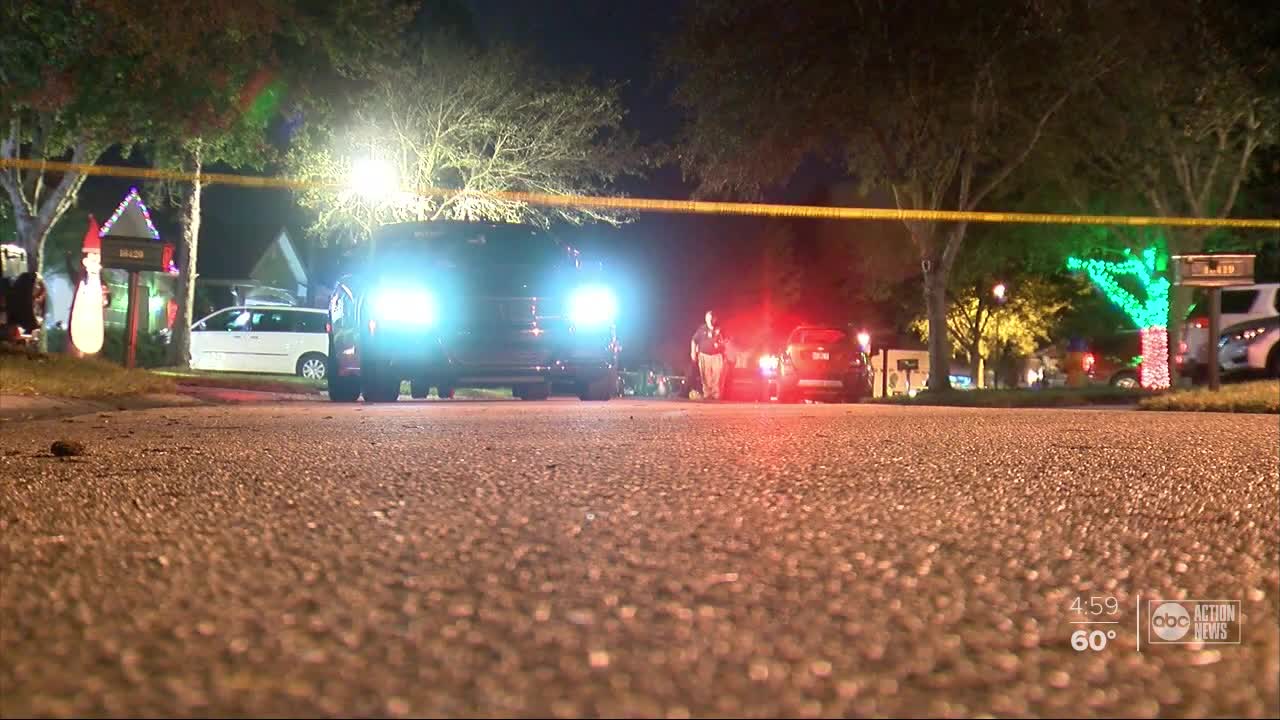 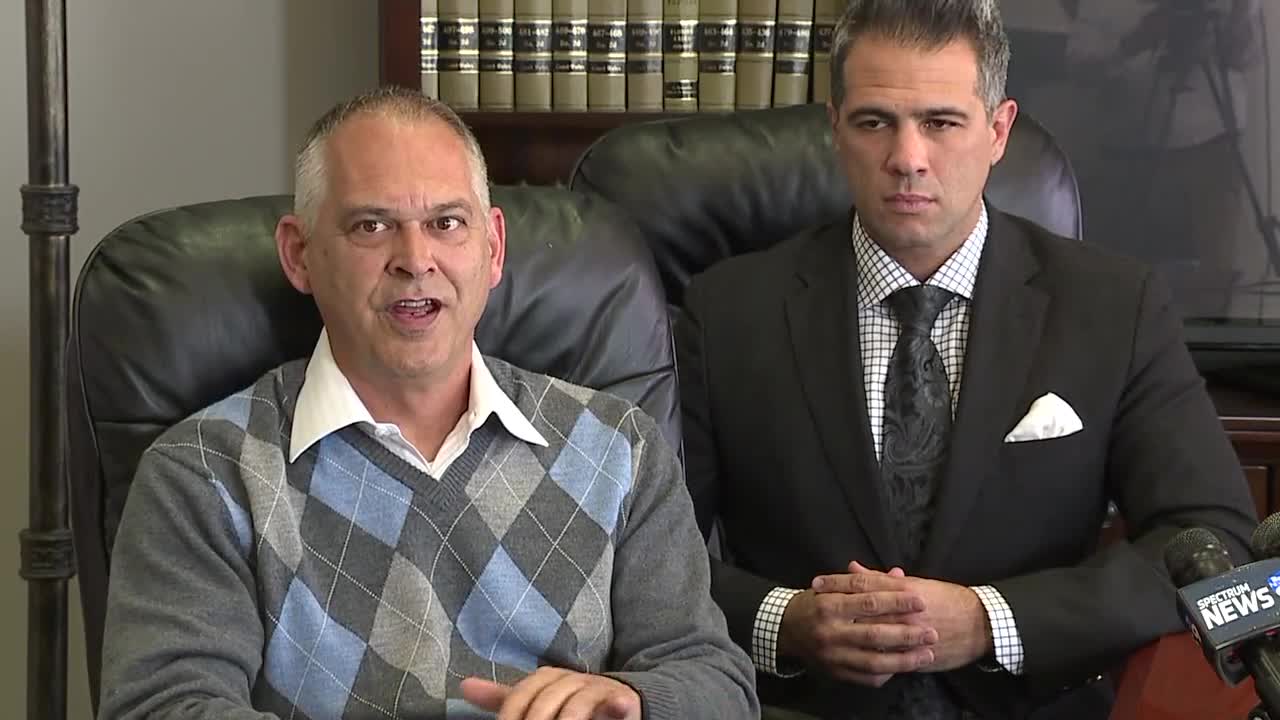 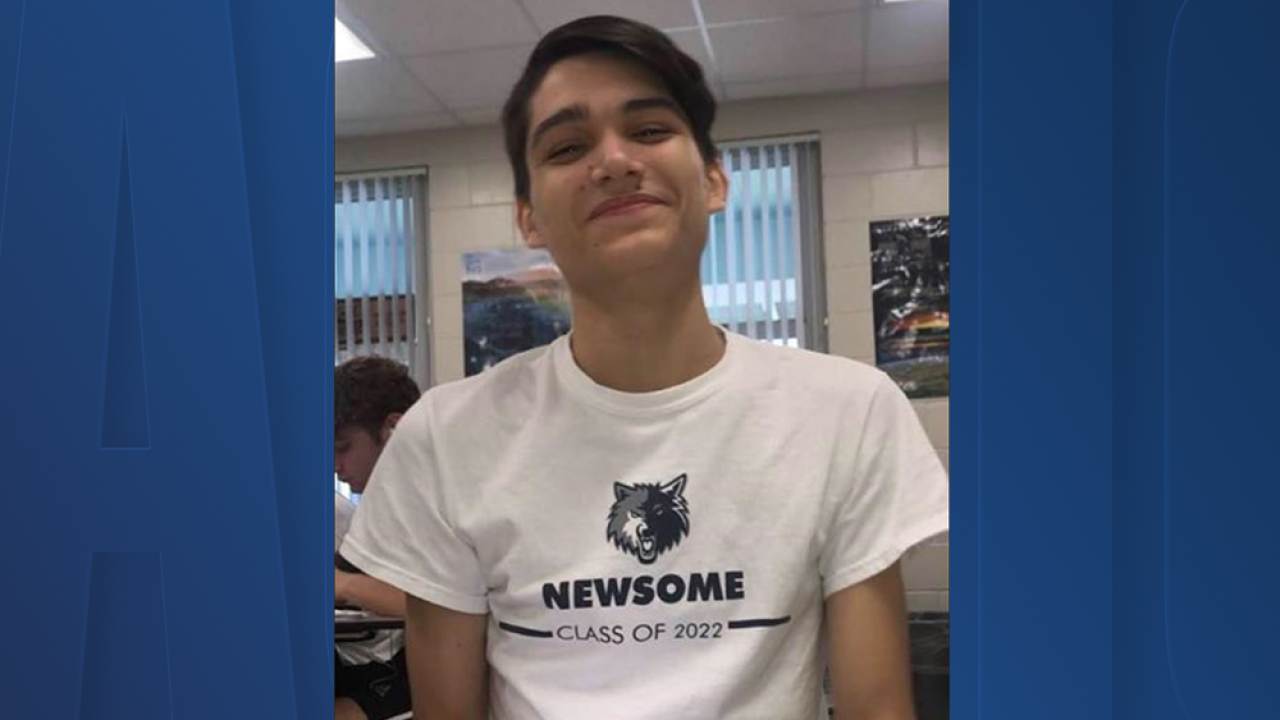 LITHIA, Fla. — Charges have been filed nearly three months after a 15-year-old was fatally shot inside the home of a Tampa police officer, the state attorney's office announced Friday afternoon.

In a press release, State Attorney Andrew Warren said the teen boy, 15, who shot and killed Bradley Hulett on Dec. 13 is being charged for manslaughter with a firearm, a first-degree felony.

On Monday afternoon, the state attorney's office announced the 15-year-old would be charged as an adult and would have his first appearance in court at 9 a.m. on Tuesday.

"As part of our ongoing commitment to transparency, we are now providing this extensive statement to share a summary of our findings with the public," Warren stated before providing details of what occurred the day Hulett was killed.

What happened inside the Tampa police officer's home?

On Dec. 13, four teen boys, whose ages range from 15 to 16, went to a home located on Bridgewalk Drive in Lithia, which is owned by one of the boy's father, who is a Tampa police officer.

While inside, the officer's son used a paperclip to unlock his father's master bedroom door because another boy was using the other bathroom in the house.

After using the bathroom, the boy left his father's bedroom but did not re-lock the door.

Shortly after, the boy and two of his friends went back into the father's bedroom. The press release stated it was to look for a plunger they needed for a clog in the other bathroom.

Warren said while in the master bedroom, the boys noticed a gun in a safety holster sitting on a small table. The gun, according to Warren, did not have a magazine in it but did have a single round in the chamber.

After noticing the gun, the officer's son "mistakenly believed the gun to be unloaded and engaged the safety release to remove it from the holster." He and his two friends then took it back into his bedroom, where Hulett was sitting at a desk playing video games.

While in the bedroom, one of the boys took the gun from the officer's son, "mistakenly believing the gun to be unloaded" and pulled the trigger, which fired a single round that struck Hulett in the back of the head.

Immediately, the three boys called 911 and attempted to provide medical assistance to Hulett.

On Tuesday, March 3, the arrest affidavit describing more details about the deadly shooting was released.

According to the affidavit, after the gun was taken out of the safety holster, one of the boys said, "Let's go scare Bradley."

After going back into the officer's son's bedroom, Bradley saw the gun and said, "Oh, that's real."

One of the boys told deputies as he entered the doorway of the bedroom, he saw the 15-year-old charged with manslaughter "holding the handgun and waving it around his right hand." He then heard him say, "What if it's loaded?" right before he heard a gunshot.

According to the affidavit, when deputies arrived at the Tampa police officer's home, the 15-year-old was holding a towel to Bradley's head and "made a spontaneous statement advising he pulled the trigger."

The first issue related to the actual killing of Hulett.

Warren stated that while there was no evidence that the boy who shot and killed Hulett intended to do so, the evidence did show it was a tragic accident. He added that, "The lack of intent or malice, however, does not foreclose that a crime occurred."

In Florida, an unintentional killing resulting from the reckless disregard for the safety of another person constitutes manslaughter.

Warren said, "In this matter, the shooter pointed the gun in the direction of the victim and pulled the trigger without knowing—and therefore under the law, without caring—whether it was loaded. This conduct sufficiently demonstrates a reckless disregard for human life. "

The second issue related to how the Tampa police officer stored his gun.

Florida law requires a person to store a loaded firearm “in a securely locked box or container or in a location which a reasonable person would believe to be secure or shall secure it with a trigger lock” when the person “knows or reasonably should know that a minor is likely to gain access to the firearm” without permission. Failing to safely store a gun in this manner, where a person under the age of 16 later obtains the gun and then possesses it in a public place or uses it in a threatening manner, constitutes a second-degree misdemeanor.

Warren said, "In situations like this where the gun was not stored in a locked container or secured with a trigger lock, the legal analysis addresses: (1) whether the gun owner knew or should have known that it was likely for a minor to access it and, if so, (2) whether a reasonable person would have believed it to be secure."

Warren said evidence showed that the officer told his son not to enter his master bedroom and while his door could be unlocked relatively easily "it was certainly possible and foreseeable that the son could obtain the gun, and the father’s belief that the gun was secure was arguably mistaken and ill-advised."

Under Florida law, however, that is insufficient to establish a violation of the safe storage law. Instead, the minor’s access must have been “likely”—not just possible or foreseeable—and the father’s belief that the gun was secure must have been unreasonable—not just mistaken or ill-advised.

"The fact that the father is a law enforcement officer with extensive firearm training does not—and cannot—affect the analysis under criminal law, although the law enforcement agency may separately determine compliance with its professional standards," Warren added. "Although this incident raises legitimate questions about the effectiveness of Florida’s gun storage laws, we are left to faithfully apply the law as currently written. In this situation, there is no legal basis to charge the father for failing to safely store his gun."

Teen turns himself in:

The Hillsborough County Sheriff's Office announced the 15-year-old charged with manslaughter with a firearm, along with his parents and attorney, turned himself into their office Friday afternoon.

After turning himself in, the teen was transported to the Juvenile Assessment Center (JAC).

On Monday afternoon, the state attorney's office announced the 15-year-old would be charged as an adult.

Family of Bradley Hulett speaks out:

Friday afternoon, after the state attorney's office announced the manslaughter with a firearm charge, Hulett's family spoke to the public.

"We haven't really been doing that well, so today is much different," Hulett's father, Brad Hulett, said. " There is a path now I think to closure for us and that helps. So I'm happy in that sense, but we are struggling. We are a tight family, we're a close family and we have had a very difficult time with this — Bradley was the glue for our family. He was very very important to us and to his siblings."

Hulett added, "I'm pleased with the charging decision for the young man that killed Bradley. At this point, we're pleased."

“We wouldn’t be here today if that gun was securely stored," said Hulett.

Florida's Safe Storage Law requires loaded guns to be stored in a locked box or container, secured with a trigger lock or "in a location which a reasonable person would believe to be secure."

There was no lock box or trigger lock in this case.

"This should never happen and if that weapon is truly secure like I secure my weapon in my home, this doesn’t happen," said Hulett. "December 14th comes and Bradley plays basketball."

"This kid was 15-years-old," said Swartz. "Unless he had his bedroom door padlocked, ok, those kinds of locks just aren’t the kind of security they’re talking about and he should not have left it loaded."

According to a spokesperson with TPD, the officer will be subject to an internal affairs investigation.

"Upon completion of our internal investigation, the outcome will be shared, first, with the Hulett family by Chief Dugan personally," said Eddy Durkin.

Family of 15-year-old boy killed in Fishhawk speaks out
Copyright 2021 Scripps Media, Inc. All rights reserved. This material may not be published, broadcast, rewritten, or redistributed.