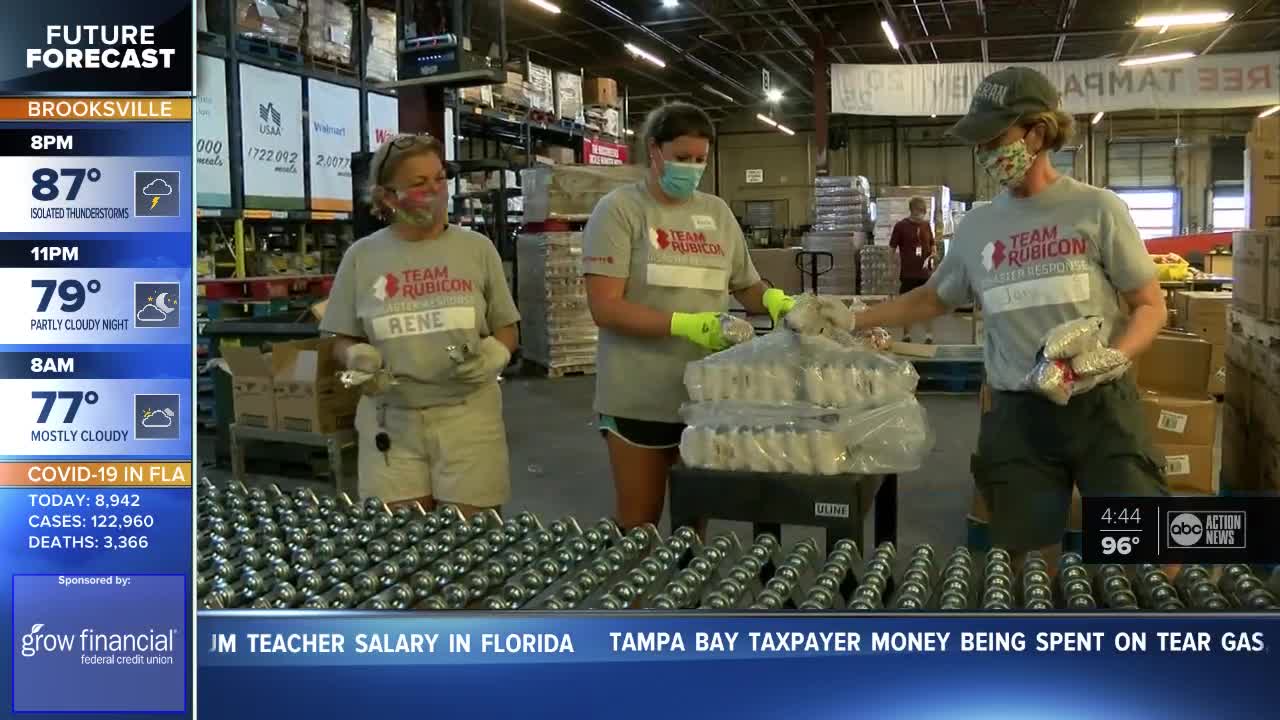 Team Rubicon, consisting of a group of military veterans, is volunteering their time to help pack food for Feeding Tampa Bay.

HILLSBOROUGH COUNTY, Fla. — Feeding Tampa Bay wouldn’t be able to provide a record number of meals during the pandemic if not for their dedicated volunteers. One group of military veterans giving back says it’s what they were born to do.

During their days in the military they wore different uniforms, from Army to Navy to Air Force and Marines, but during this mission they are all under the same branch.

“After we get out of the military we miss the camaraderie, we miss the hard work, and the sense of team, and so we get that back in Team Rubicon,” said Army veteran Jane Kordish.

The veteran based organization is used to being deployed following hurricanes to provide disaster relief. So when the pandemic hit these veterans jumped into action, packing up food, at the Feeding Tampa Bay warehouse.

“We are all very used to finding our space quickly and working toward getting our mission done,” said Air Force veteran Rene Chadwell.

These vets said sitting at home enjoying retirement never seemed like a good fit. It’s in their DNA to serve.

“It’s important for me to engage in the community and give back,” said Chadwell.

They said their military background just doesn’t drive their spirit but also their strategy. People need food. There isn’t time to waste.

“We’re able to get on the ground quickly and help each other and that’s a real strength that Team Rubicon has and it’s something that we all love about them,” said Kordish.

Not everyone on the team served their country. Team Rubicon also accepts civilians with open arms, like Ford Jones, who said it’s an honor to work alongside these heroes.

“Being around these people who have dedicated a good portion of their lives to our country is for me personally rewarding because I always love giving back and to be able to do it with folks who have made a much larger sacrifice has been great,” said Jones.