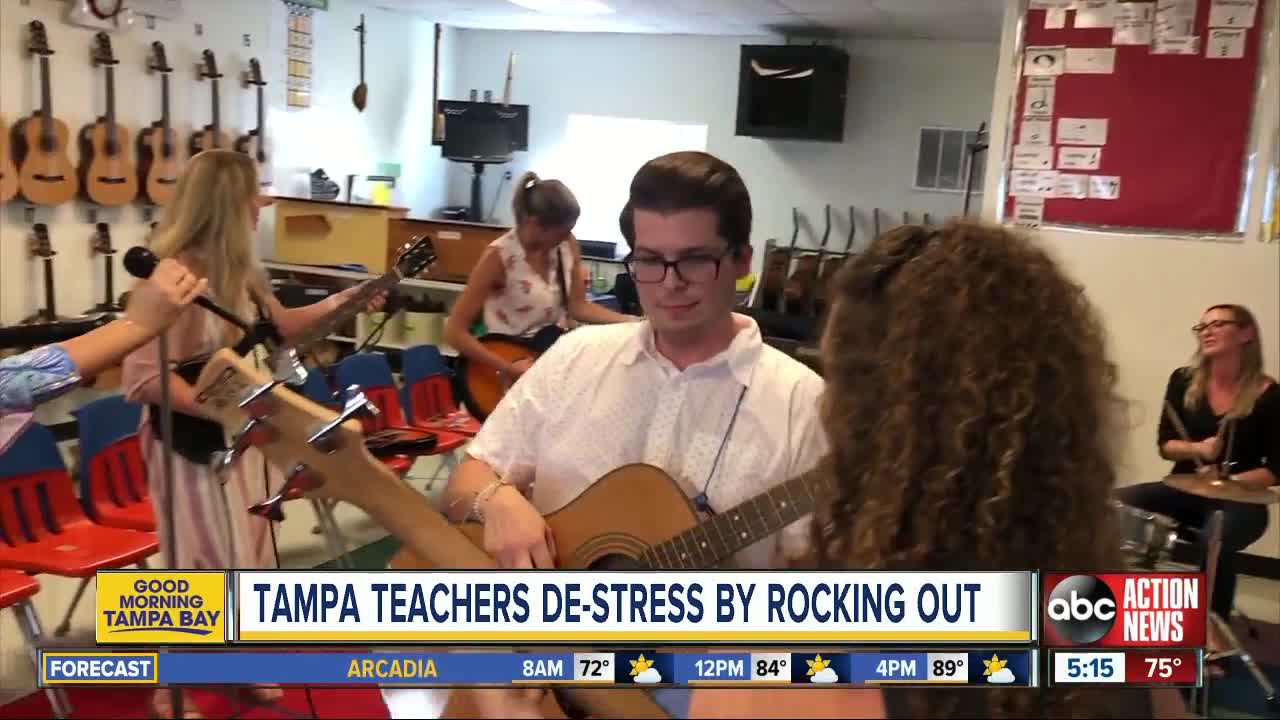 Teachers at Lanier Elementary in Tampa are managing job stress by jamming in an after-school rock band called Taking Back Thursday. 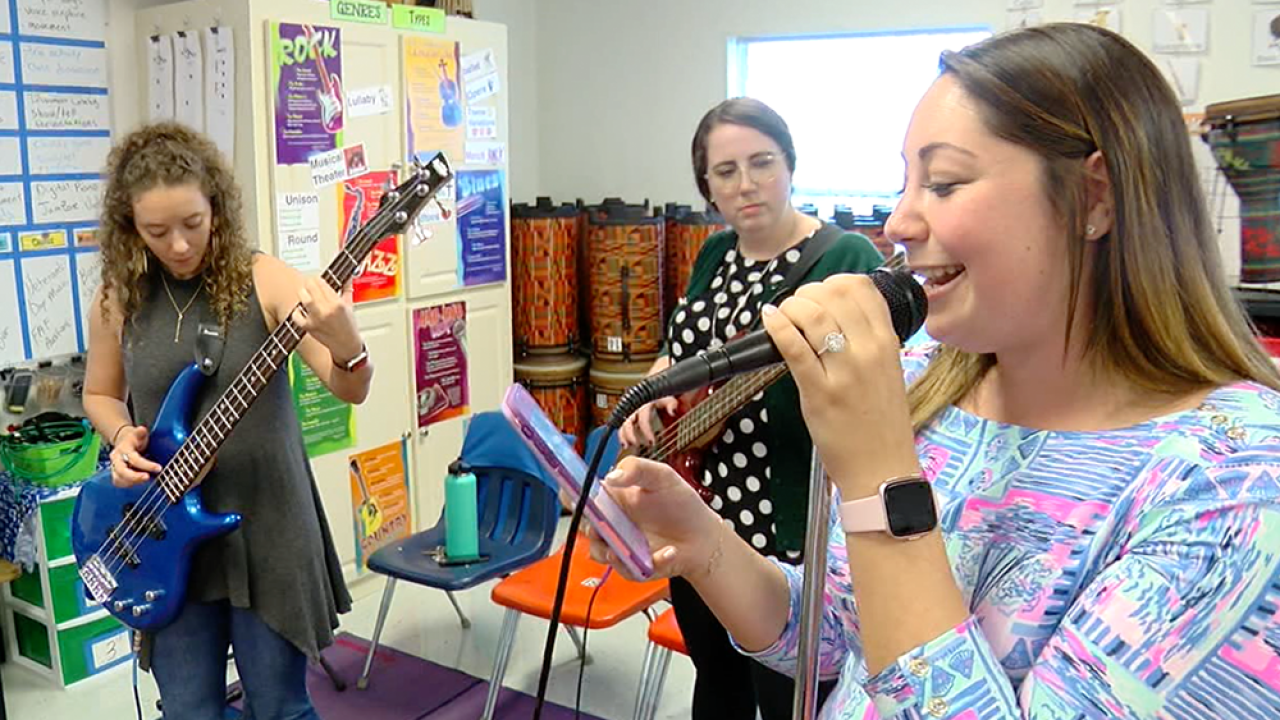 TAMPA, Fla. — Teachers at Lanier Elementary in Tampa are managing job stress by jamming in an after-school rock band called Taking Back Thursday.

Randi Chapkis does most of her singing in the car.

Alone, warbling along to the Black Eyed Peas and Taylor Swift.

Thursdays are a whole new thrill.

That’s when she joins a dozen of other teachers at Lanier Elementary in Tampa in an after-school rock band.

“This is the best stress reliever,” says Chapkis. “We take it out on the instruments!”

Recent studies show that teachers, along with EMTs and police officers, have the highest levels of job stress.

So Lanier music teacher Jonathan Casanas wanted to provide his colleagues a place to jam and relax, no matter what their musical ability.

“None of us has ever been in a band,” says Casanas. “I think I’m the only one with musical experience.”

No matter. The Thursday music club is a smash hit. They’re working on a few faves: the Black Eyed Peas “I Gotta Feeling,” Queen’s “We Will Rock You,” Taylor Swift’s “Shake It Off.”

“I wanted to create a space where everyone can be comfortable, express themselves, verbally and non-verbally,” says Casanas. “Just unwind and have a good time.”

At first they were just the Lanier Teachers Band.

But this is getting good.

So they came up with a name.