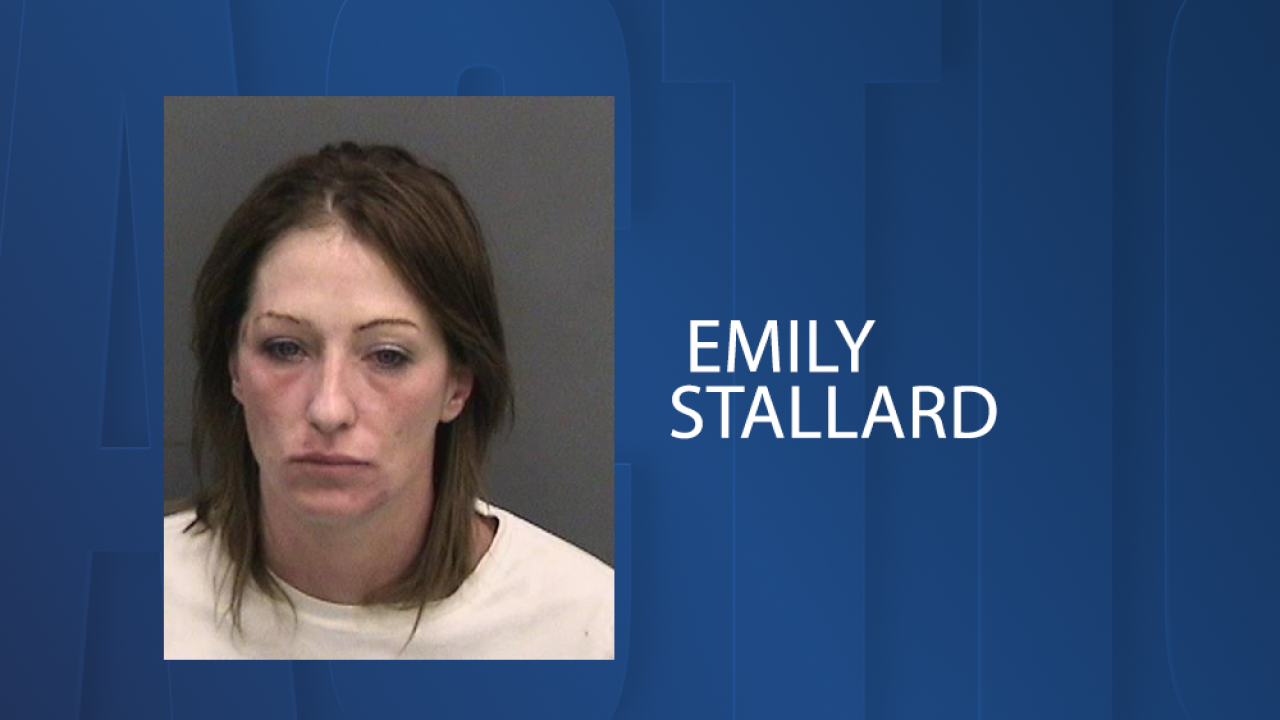 TAMPA, Fla. — Authorities in Tampa say they arrested a woman over the weekend who was trying to build a bomb inside a local Walmart.

Just after 6 p.m. on Saturday deputies responded to the store on Fletcher Avenue for reports of a woman trying to make a "firebomb" inside the store.

Emily Stallard, 37, was opening items like flammable material, projectiles and matches inside the store that she hadn't paid for, the sheriff's office says. A security guard saw her and immediately called 911.

Authorities say the guard and an off-duty FWC officer, who was in the store at the time, detained Stallard until deputies arrived.

“This woman had all the supplies she needed to cause mass destruction at her disposal. Had it not been for an observant off-duty law enforcement officer and a watchful security staff at Walmart, she may have followed through with her plans to cause an explosion inside the store," said Sheriff Chad Chronister.

The sheriff's office says Stallard had a child with her at the time. She is charged with attempted arson of a structure, fire bombing, contributing to the delinquency of a minor, child abuse and battery on a law enforcement officer.

"I am proud of the quick response by the officer and security personnel who stepped in and the thorough job performed by my deputies to investigate this matter and make an arrest. I can't stress enough: if you see something, say something. You don't have to tackle a bad guy to be a hero. One phone call to law enforcement when you spot something or someone suspicious can ultimately save lives."