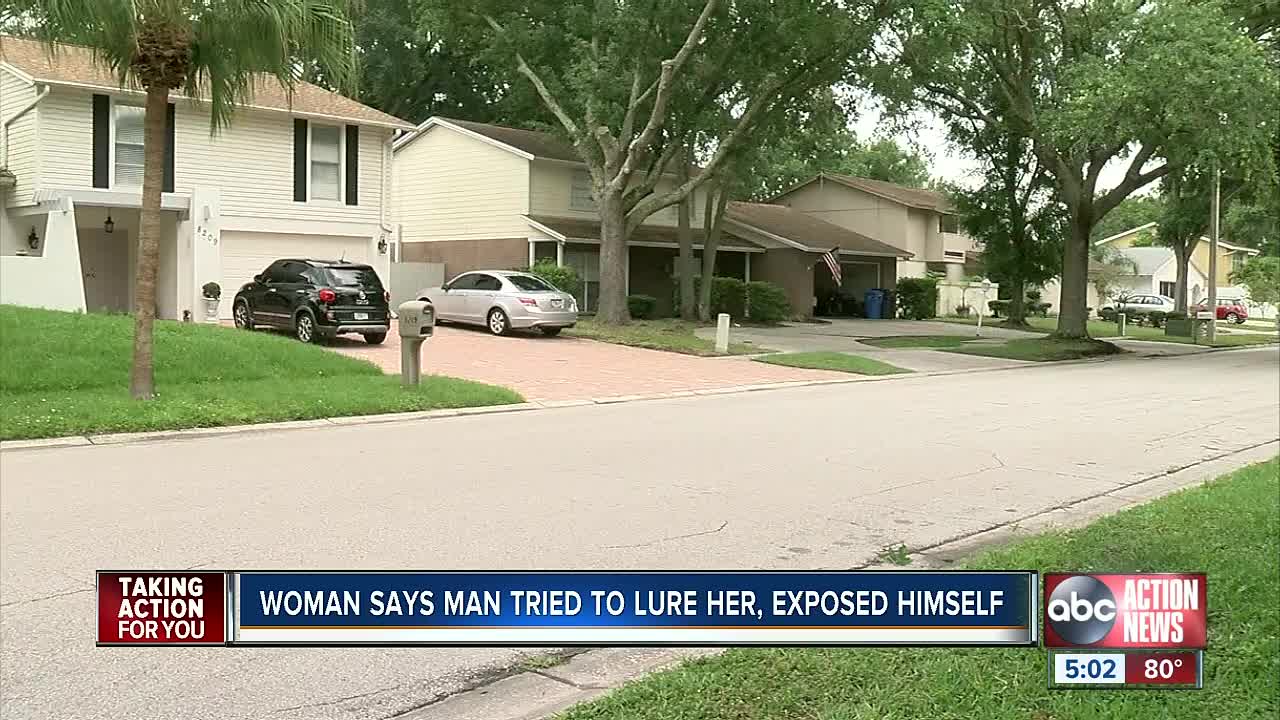 Many people in a Tampa neighborhood are on high alert after a young woman says a man tried to lure her to his car, then exposed himself to her. 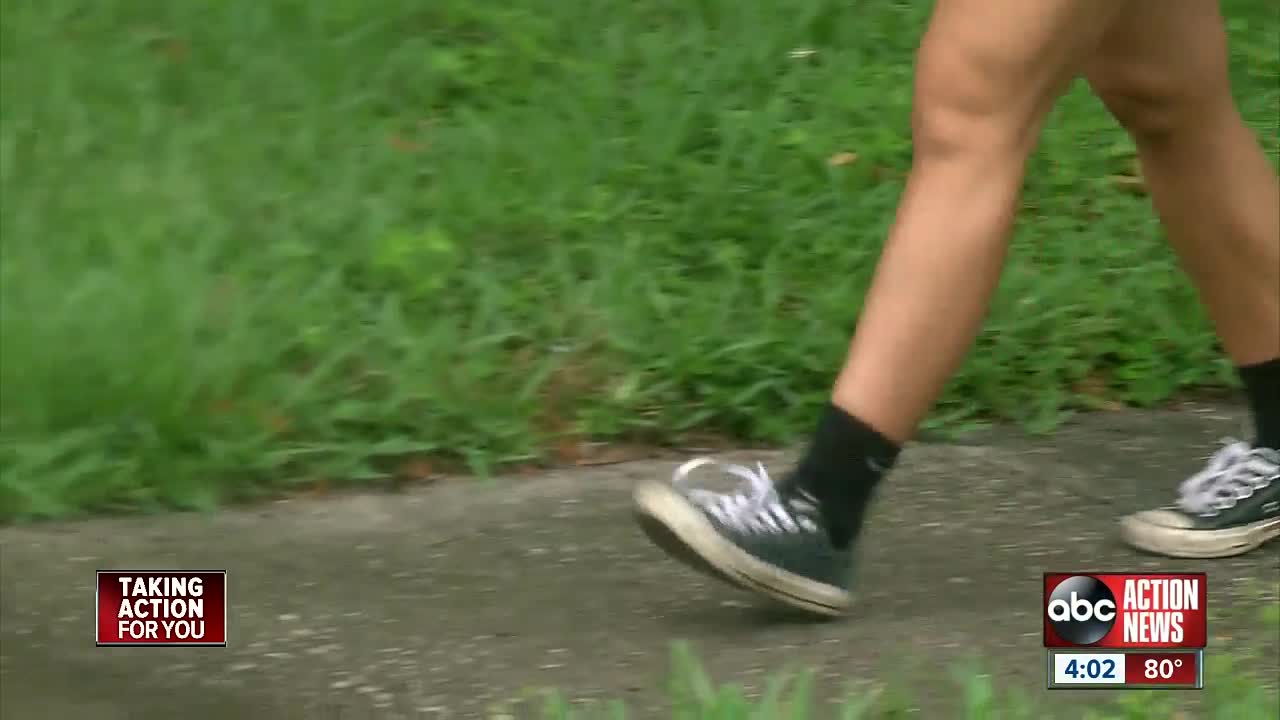 Many people in a Tampa neighborhood are on high alert after a young woman says a man tried to lure her to his car, then exposed himself to her.

"I was scared, and I don’t really get scared," said 22-year-old Adriana.

Adriana says she was rollerblading on Kirkwood Dr. in her Twelve Oaks neighborhood in Town-N-Country Saturday evening when a man in a car asked for directions.

"He tried to hold up his phone and first of all I could see clearly that there was no maps on there," said Adriana.

She says his eyes were very bloodshot so she kept a safe distance from the car.

"When I said no the second time he lifted up his hips above the window, exposed himself to me and then he drove off," said Adriana.

She says her only thought was to get away.

"I was just like, 'if he comes over here I don’t have my phone or any kind of weapon on me,'" said Adriana.

She says she’s glad it happened to her and not younger girls in the neighborhood who may not have known to stay away.

Now she wants to warn others to be on the lookout.

"You never think it’s going to happen to you until it does."

Adriana says the guy was a heavy-set, Hispanic man in his 30’s or 40’s, with a short black beard and driving a dark blue compact car.

The Hillsborough County Sheriff’s Office is asking anyone with information to contact them.