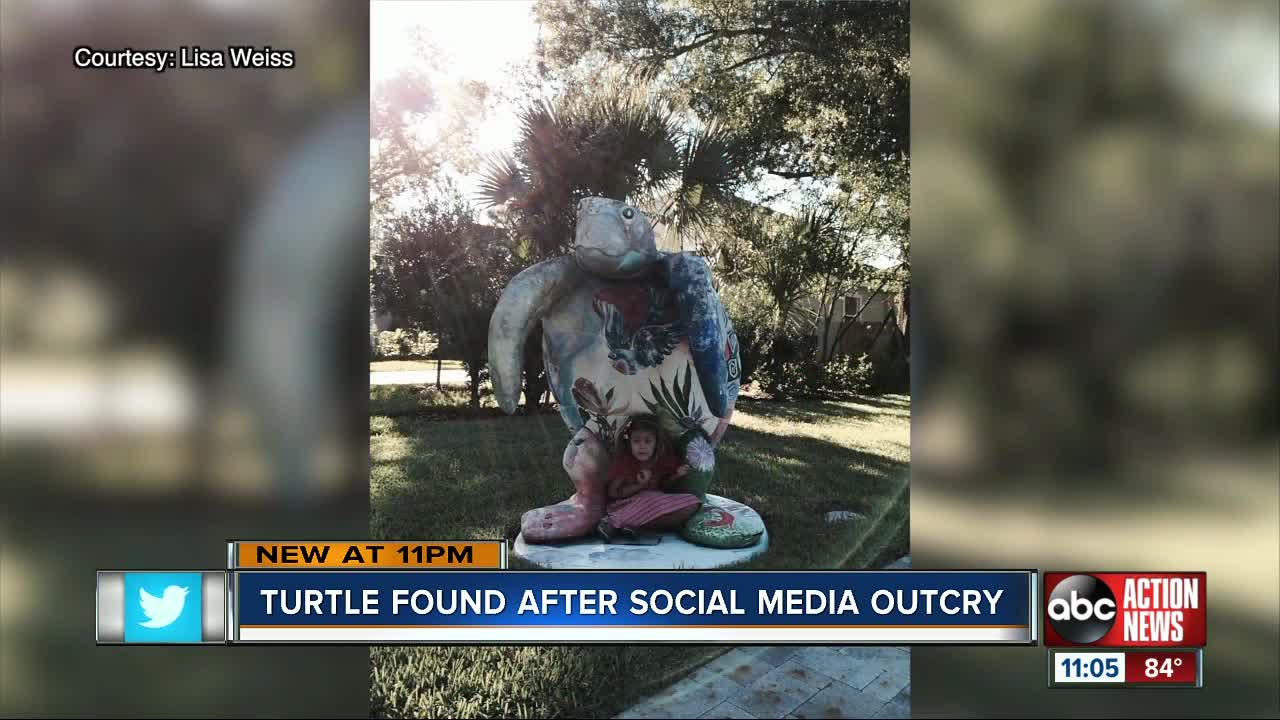 Tampa Police took a report for grand theft after a turtle statue was stolen from a Tampa home. The couple owned it for more than 15 years. 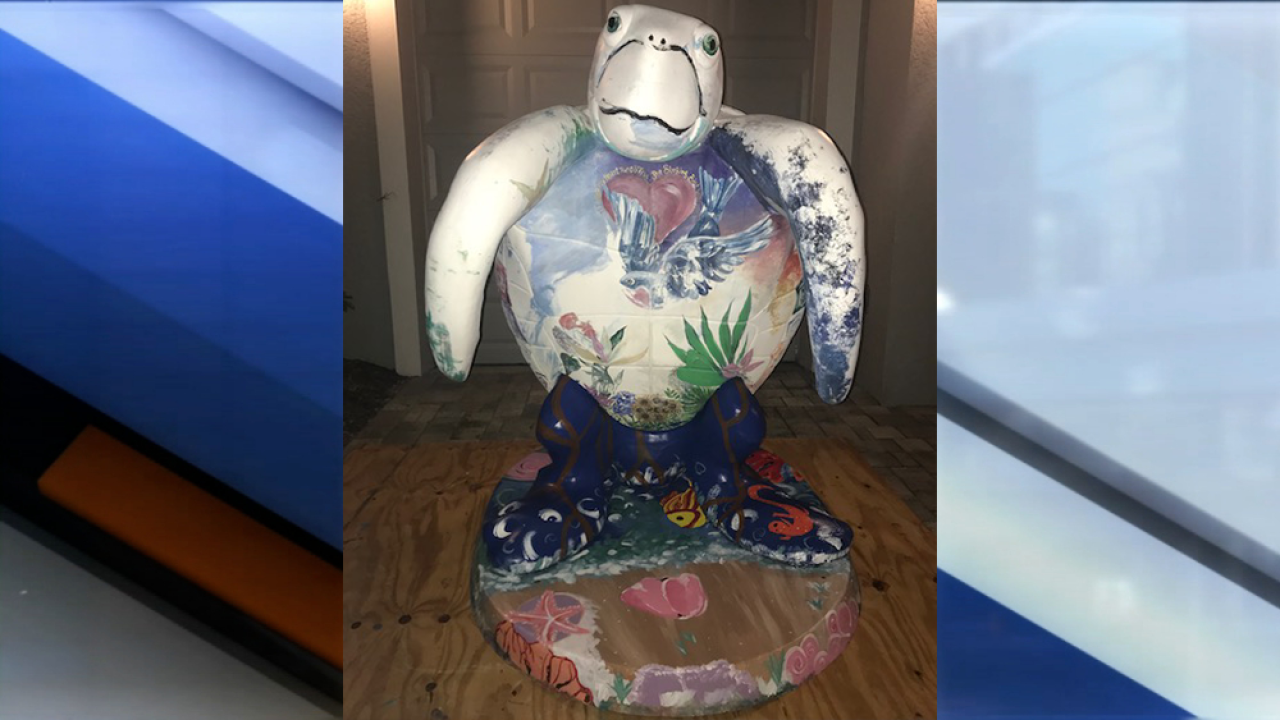 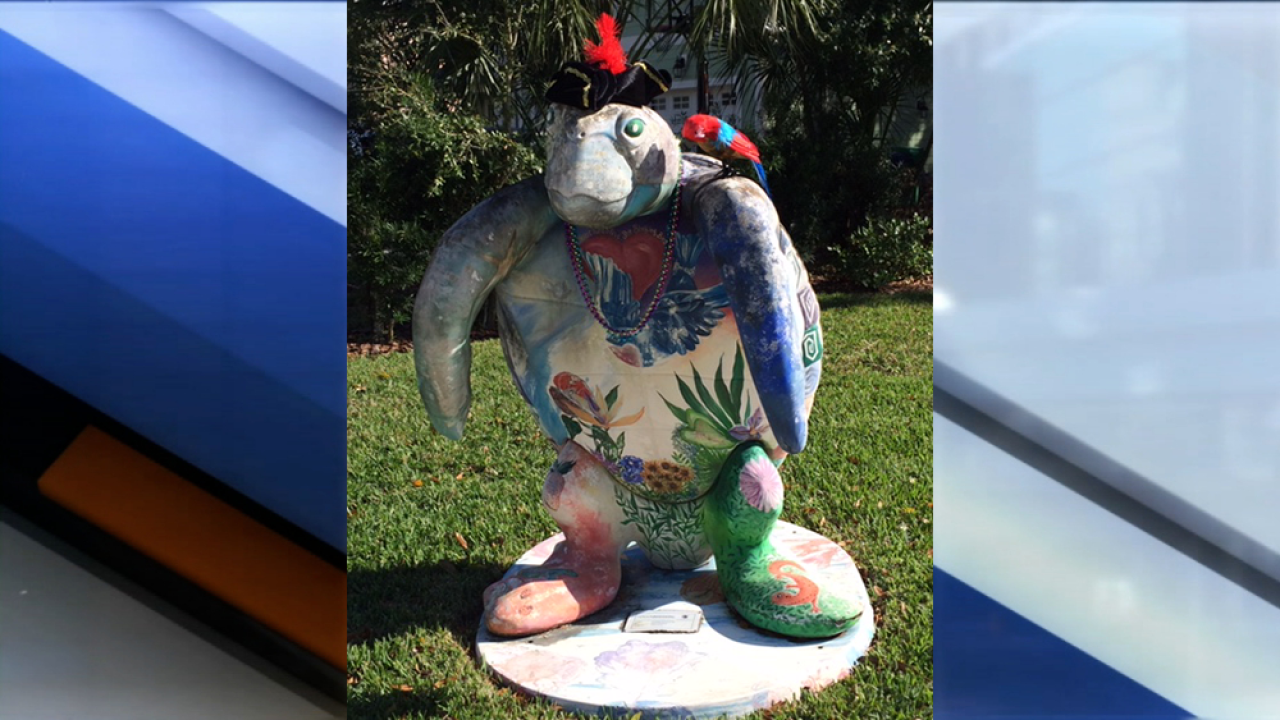 Tampa, Fla. -- A life-size fiberglass sea turtle statue is returned to a Tampa couple just hours after it was reported stolen.

"I'm so glad to have it back and so grateful," said Lisa Weiss.

Lisa Weiss called the Tampa Police Department on Wednesday morning after her husband saw the turtle was gone.

The fiberglass turtle was on a piece of plywood in the couple's front yard. It was in the process of being repainted.

"She had a whole lot of sun damage over the years and we had been looking for a year or more to have somebody repaint her," said Weiss.

Lisa's husband posted on social media saying, "Our Tampa neighbors knew our house as the turtle house. Unfortunately, it won't be any longer."

The post went on to say, "I am very disappointed and discouraged."

The couple had purchased the turtle at an auction for the Clearwater Marine Aquarium more than 15 years ago.

The turtle traveled with the couple as they moved from house to house.

"We carted her everywhere," said Weiss.

The couple would also dress the turtle up for different events and seasons.

"She dressed up for Gasparilla with the pirate's hat, a parrot on her shoulder and Gasparilla beads," added Weiss.

Nearly 10 hours after the theft was reported, the sea turtle statue was returned.

The couple's security camera's caught a woman ringing their doorbell right before the turtle disappeared.

Police got a lead with the help of the community. Weiss said the woman told her she thought the turtle was trash.

"Apparently, she's sort of a dumpster diver and maybe she really did make a mistake. I hope so. I hope it was that rather than stealing it and all that goes along with it," said Weiss.

The couple decided not to press charges.

"I just think it is easier to live when you can forgive rather than holding anger inside. I just didn't see anything good that would come out of pressing charges," said Weiss.