Tampa Police say they have arrested a man and a woman they say are involved in a fatal hit-and-run where a man sacrificed his own life to save his wife.

TAMPA, Fla. — Tampa Police say they have arrested a man and a woman they say are involved in a fatal hit-and-run where a man sacrificed his own life to save his wife.

On Wednesday, TPD arrested Tracy Evereth Wood, 31, and Miriam Marti-Benning, 43. Police say that Wood was behind the wheel of the vehicle involved in the fatal hit-and-run. Marti-Benning was allegedly the passenger in the vehicle at the time of the crash, according to TPD.

On Saturday, police say Wood was driving a vehicle along Hillsborough Avenue when the vehicle left the roadway, hit a sign, then an electrical box before plowing into 80-year-old Felix De la Uz.

Witnesses say De la Uz was walking with his wife, 69-year-old Narda Ruiz, when he pushed her out of the way of the oncoming vehicle before he was hit. De la Uz sacrificed his life for his wife.

Investigators say the vehicle came to a stop 500 feet down the road, that's when Wood and Marti-Benning allegedly fled on foot. The pair was seen on surveillance video from a local smoke shop as they were leaving the scene.

Police say that next, Marti-Benning called a friend to pick up both her and Wood and drive them out of the area. Marti-Benning also acquired money so that they could stay in a hotel that night and then they fled to Pasco County where they camped out in the woods.

Wood and Marti-Benning were found in a wooded area near I-75 and Wesley Chapel Boulevard
in Pasco County just off State Road 54. 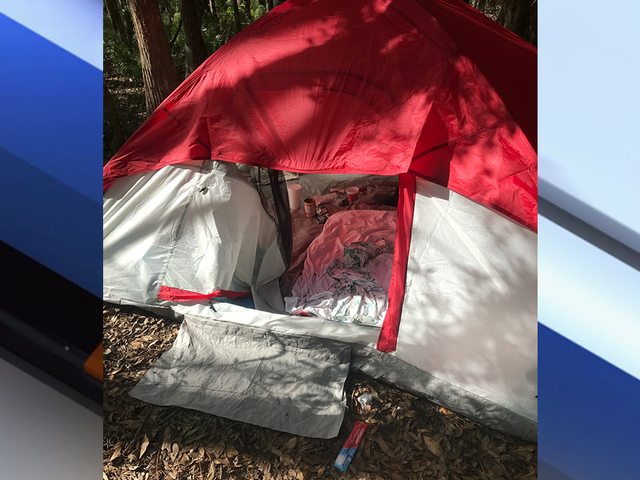 Post-Miranda, Marti-Benning told police that she was told that they killed someone and she still continued to assist the driver in evading law enforcement.

DHSMV records show that Wood has never been issued a driver's license. Police say that Marti-Benning was in possession of the listed vehicle and allowed Wood to drive.

Wood has been charged with Hit and Run, Failure to Remain at a Crash Involving Death, one count of Moving Traffic Violation, and Driving Without a License Causing Death/Serious Injury with a Vehicle.

Marti-Benning was arrested on the charge of Hit and Run, Failure to Remain at a Crash Involving Death with the enhancement of Principal in the First Degree and Aiding and Abetting the Commission of a Crime; a felony.

The pair was arrested on Wednesday and booked into the Hillsborough County Jail. 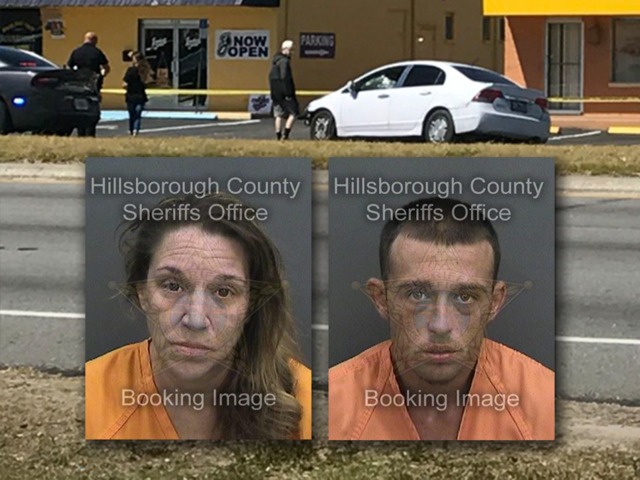