Tampa International employee rescues kitten in more ways than one 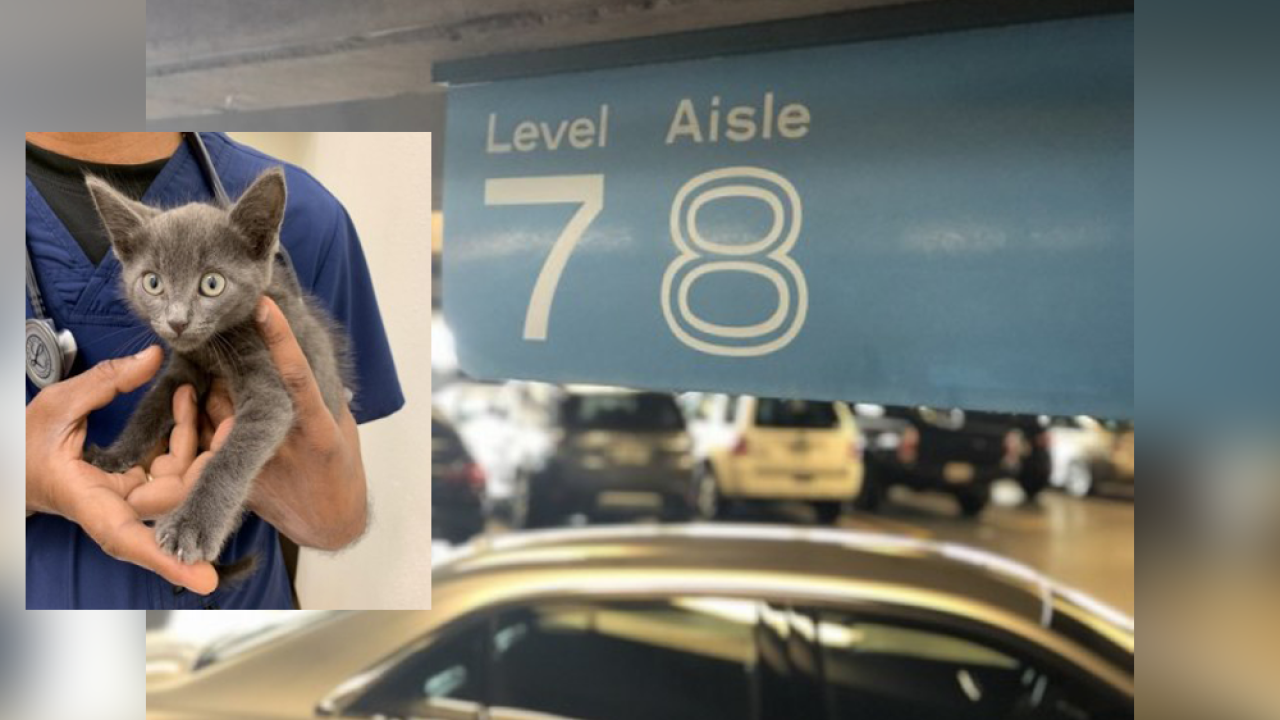 TAMPA, Fla. — An employee at Tampa International Airport sprang into action Thursday when someone reported hearing a kitten in distress.

Colin Murphy and Jiomarie Santiago are Guest Services Supervisors at the airport. When a guest came to them and said she heard what sounded like a yowling kitten on the seventh floor of the short term parking garage they didn't waste a second, according to the airport.

RECOMMENDED: Pitbull wags tail through recovery after being dragged by truck in Hernando County

Murphy and Santiago followed the woman and found a Hyundai sedan with cat sounds coming from it. The car, which was parked there for at least a day, already had one note on it about the sounds.

The two employees used a flashlight and saw the kitten hanging out inside the car's undercarriage, but they couldn't reach it. It wasn't stuck, but it wasn't coming out.

They tried luring it out, but it didn't work and they weren't sure what to do next.

Then, a little bit later, they got a call from the car's owner. She found the notes and looked for the kitten, but didn't see it so she started her car. After backing out of the spot, she heard a distinct cat noise and stopped.

Murphy and Santiago, again, rushed to the garage and had the woman open the hood. Sitting on top of the engine they found the scared kitten.

They took it back to guest services with them and gave it food and water. Murphy took the kitten to a vet, who said it was healthy and four to five weeks old.

Murphy named it Archie and, even though he was already a cat-dad, he couldn't part with his new friend and took him home.

The airport says Archie is safe and sound with his new family.