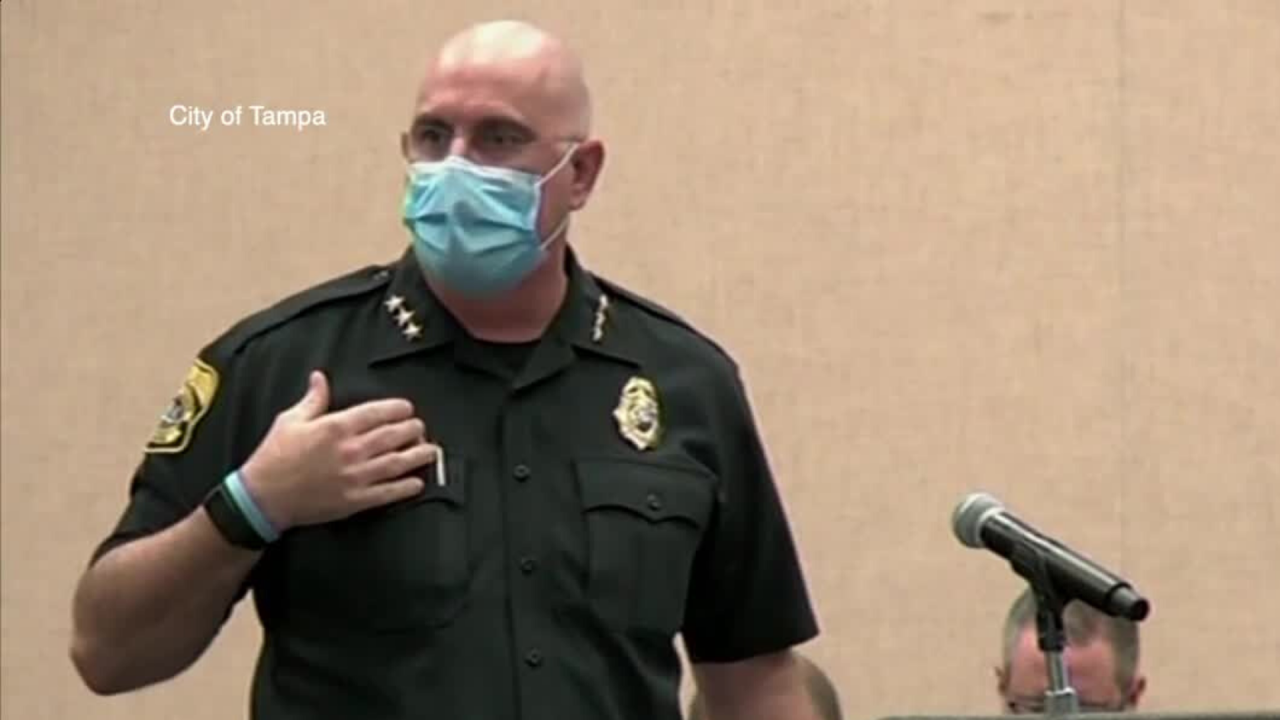 TAMPA, Fla. — The Citizen Review Board met Tuesday evening for the first time since protests across Tampa started in the wake of the killing of George Floyd.

The board is a panel of appointed citizens that review completed disciplinary cases from Tampa Police and can give recommendations. It was created in 2015. Some local leaders have called for the board to have more authority. Tuesday, the board broke from the agenda to listen to nearly four hours of public comment.

“The ones that need to do reform and be at the helm of the reform is not the mayor, not the police chief, not even you guys, it’s us,” said Jeremiah Nichols.

“The demands of the people must be met that’s it. People aren’t playing games anymore. This is not about reform. The police budget for body cameras is 2.6 million just for body cameras,” said Tori Brown.

Speakers recounted their experiences in recent protests, describing the police’s response. They spoke about racial inequality. They called for re-allocating and re-directing funds. They criticized the mayor and police chief, called for police accountability and passionately demanded change.

“I was very proud of the people that came forward to allow their voices to be heard. That’s the reason we exist as a review board. We’ve existed for about five years, this is the first time we’ve had this type of crowd. Unfortunately, it takes something in the community to mobilize us but that’s happened historically so I’m happy that they are using this momentum to bring about pressure for positive change,” said board member Rev. Bartholomew Banks.

Banks said they can bring concerns raised to the city administration’s attention and ask for actions to be taken.

Collins reminded people that the CRB has a complaint form.

“They are angry, they are concerned and rightfully so whether they direct their anger correctly or appropriately it doesn’t really matter, they need to express themselves and they have a right to protest we encourage their protest and we have a right to listen to them and sit down and figure out how we can work together to make the city of Tampa and this whole country much much better,” she said.

Many speakers directed their comments directly at Tampa Police Chief Brian Dugan. The chief took the podium, often interrupted by the crowd. He said they’re working on policy changes and that they've created a citizen’s advisory group that will include open dialogue.

“We will sit down and we will listen. It’s obvious law enforcement, police department we need to change the way we are policing but we have to do it through an open constructive dialogue and if you just want to criticize then you can’t be part of the change. It’s a two-way process,” Dugan said.

The board meets again in July.