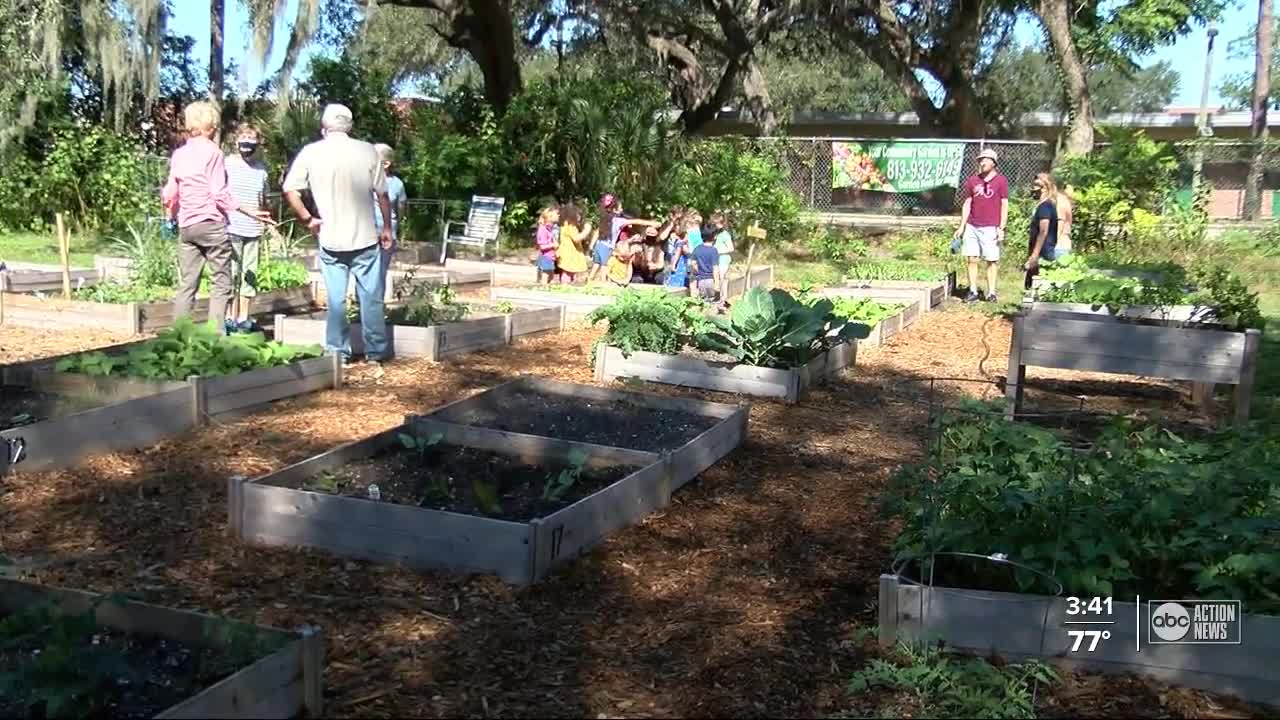 Forrest Hills Presbyterian Church has created a community garden for people throughout the neighborhood to gather safely. 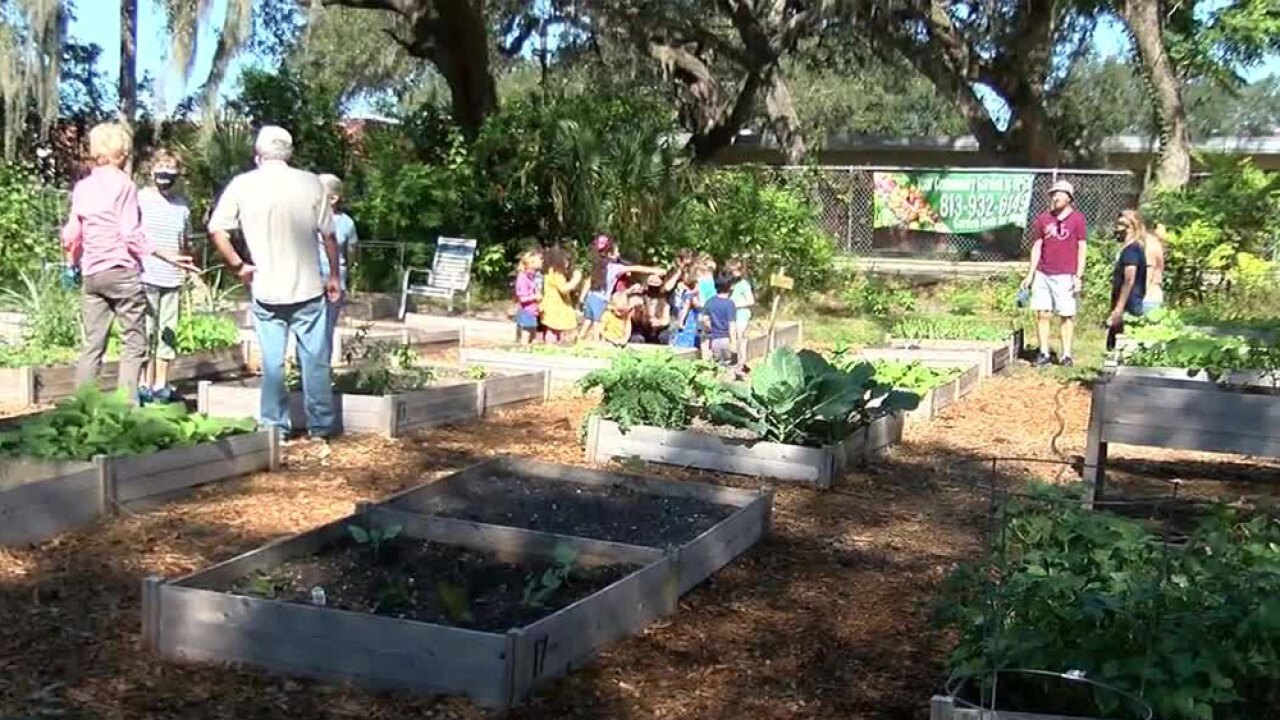 TAMPA, Fla. — A Tampa church has created a community garden where people can gather while remaining at a safe distance during the pandemic.

Forest Hills Presbyterian Church didn’t want the garden to be members only, they wanted the entire community to take part.

“I started working from home about eight months ago and I wasn’t commuting every day, a lot of things we were doing during the week shut down,” said Tim pehlke.

Pehlke was in need of a healthy hobby. The community garden provided the perfect outlet.

“So it was an opportunity to get out and do something productive, meet some new people, and really enjoy the nature around us,” said Pehlke.

Pastor Claudia Henderson said when times are tough it's the church’s responsibility to uplift their neighbors.

“It used to be that the church was the center of the community, it’s where people gathered, and we’ve gotten away from that in the last couple decades, so we thought that this would be another way that we could bring people together,” said Henderson.

So the church is renting out flower boxes, $25 a piece for six months. The church provides all the soil, water and tools. It’s up to the gardener to plant whatever seeds they choose.

“You learn what will grow at a certain time of the year, what kind of soil or fertilizer you need,” said Linda Swiger.

Swiger is in charge of the garden. She said it’s amazing how therapeutic growing hot peppers, tomatoes or squash can be.

“I have told my husband that if I didn’t have this he wouldn’t of been able to live with me because I would have been miserable, I’m a high-energy person,” said Swiger.

“Our grandchild Owen, who is nine years old, so this works out in terms of his science projects, in terms of language development, language arts but also gives him a sense of community,” said Josue Cruz.

Cruz said so much of his own social interaction this year has been over a computer so it’s nice to stick your hands in the dirt and remember what it’s like to be part of something bigger.

“We’ve made a lot of excuses for just staying home and staying away from people and many of those excuses are justified but this is an opportunity to do it in a safe environment, respectful for what we are going through,” said Cruz.