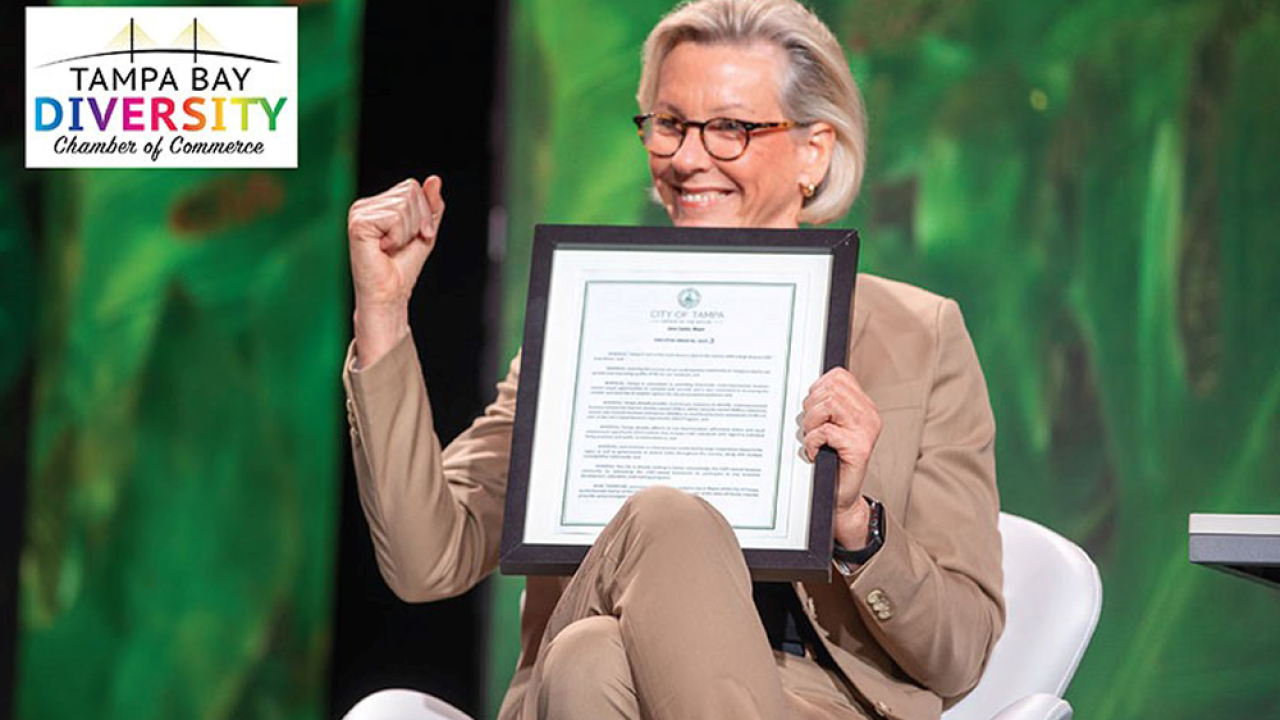 Castor, who is Tampa's first openly LGBT mayor, made the announcement at the National LGBT Chamber of Commerce International Business and Leadership Conference — the largest LGBT event in the world.

NGLCC is, "the business voice of the LGBT community," according to a press release. It is the nation's only organization dedicated to expanding economic opportunities for the LGBT business community.

The executive order creates a small business category specifically for the LGBT community. The aim of the order is to provide fair and equal access to contracting opportunities and economic development programs that drive innovation, create jobs, and promote economic growth throughout the region.

"Was honored to announce my Executive Order at the @NGLCC International Business & Leadership Conference to make Tampa the 2nd city in Florida to recognize LGBT-owned businesses," Castor wrote on Twitter.

Was honored to announce my Executive Order at the @NGLCC International Business & Leadership Conference to make Tampa the 2nd city in Florida to recognize LGBT-owned businesses. #NGLCC19 pic.twitter.com/ohKSV5xj5E

The order requires the purchasing and contract administration departments to revise procurement policies and practices to specifically recognize and identify certified LGBT-owned businesses.

The order also directs the city to recognize the NGLCC as the third-party certifying organization for any LGBT business enterprises. NGLCC will provide independent scholarship programs, mentorship and leadership training, networking opportunities and other business development tools.

The city already recognizes minority, women and small-business enterprises in its procurement processes. These classifications do not offer special treatment during city contract bidding, but the city does track such classified businesses to ensure inclusivity in its business dealings.

“Mayor Castor has declared Tampa as “open for business” with all diverse communities, and has affirmed that ‘if you can buy it, a certified LGBT-owned business can supply it.’ We are excited to see LGBTBEs in every field from construction to catering and everything in between help grow the economy of Tampa and beyond," said NGLCC Co-Founder & President Justin Nelson.