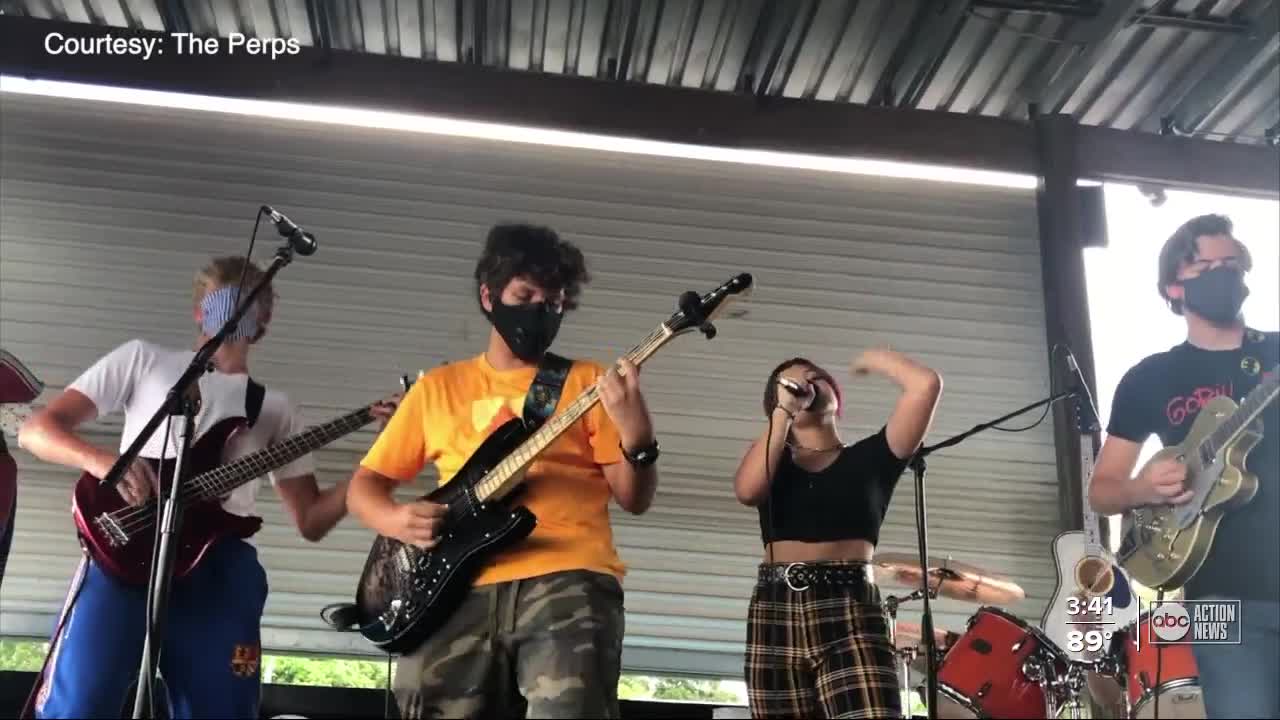 Jim Chambers Music Box teaches young musicians not just how to play but also how to be in a band. 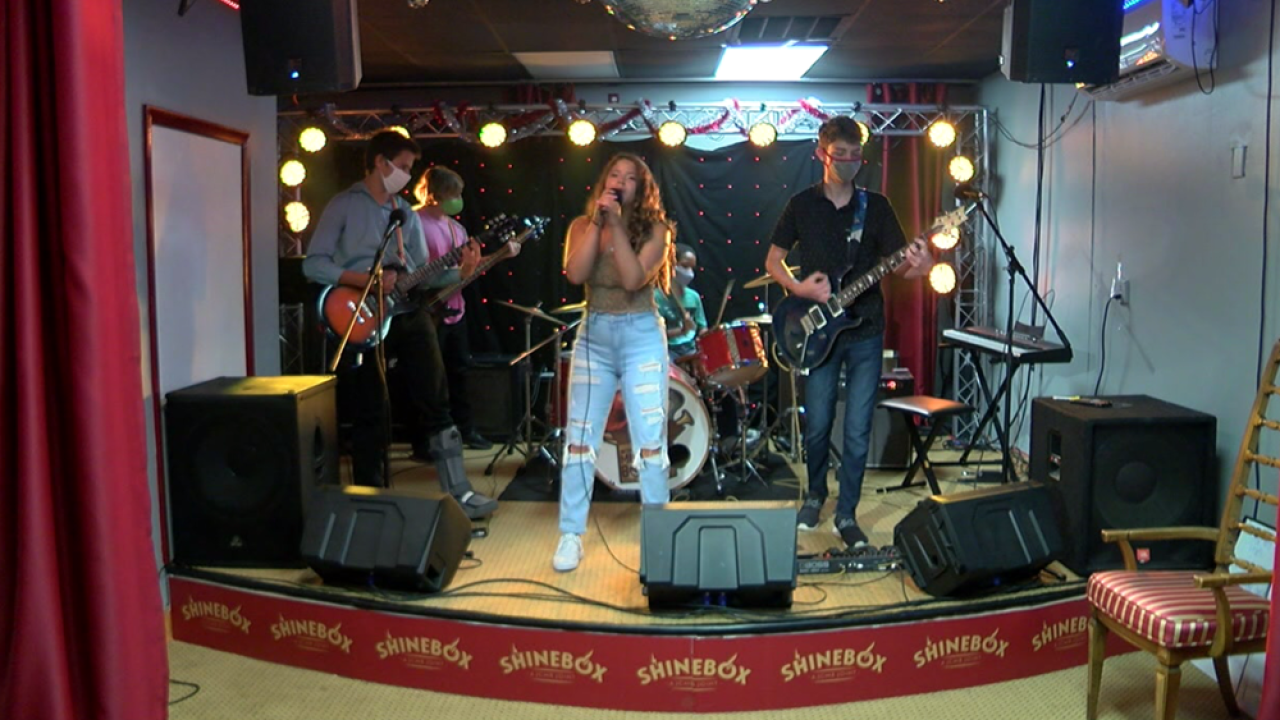 TAMPA,Fla. — During a time when children find themselves more isolated than usual, there is a music teacher in Tampa that’s building confidence by not just teaching them instruments but putting them in a band.

“It’s nerve-racking at first but it’s really fun to be up there dancing, singing,” said 13-year-old Ella Herron, lead singer of the band The Last Nerv.

If you haven’t heard of them, it’s probably because none of the members are old enough to drive.

For the past seven years, Jim Chambers Music Box has been an incubator for the next generation of Tampa musicians.

“We have at least 100 students that will play a part in the Tampa music scene for the next 25 years,” said Chambers.

Chambers knows a little something about creating a band. As an executive producer, he helped Maroon 5 win the Grammy for New Artist of the Year back in 2005.

“Often parents come to me directly and ask, ‘how do I get my son or daughter out of their shell, we can’t find the right avenue,’” said Chambers.

“I think its been huge, it gives them this creative outlook, where they feel super confident. They can just come in here and jam with everybody,” said Schabes, who has two children who attend the Music Box.

“I still shake sometimes, I’m not totally comfortable, but I’ve gotten used to it, you kind of have high expectations,” said Schabes, guitarist for The Last Nerv.

After about 6 months of private lessons, Chambers tries to place his students into bands.

The most promising bands go on to perform live in concert.

“We don’t play churches, we don’t play gymnasiums. We go to the real clubs on Saturday nights in front of real people,” said Chambers.

“I learned that you have to be comfortable with your audience and people on stage with you and the audience will match your energy if you give them all your energy,” said 13-year-old Ashlyn Palacios, lead singer of The Perps.

Chambers, who already has three, can never count out another Grammy in the future.

“Ultimately it would be amazing if we could have a band graduate to be signed to a record label,” said Chambers.

For more information, go to jcmusicbox.com.