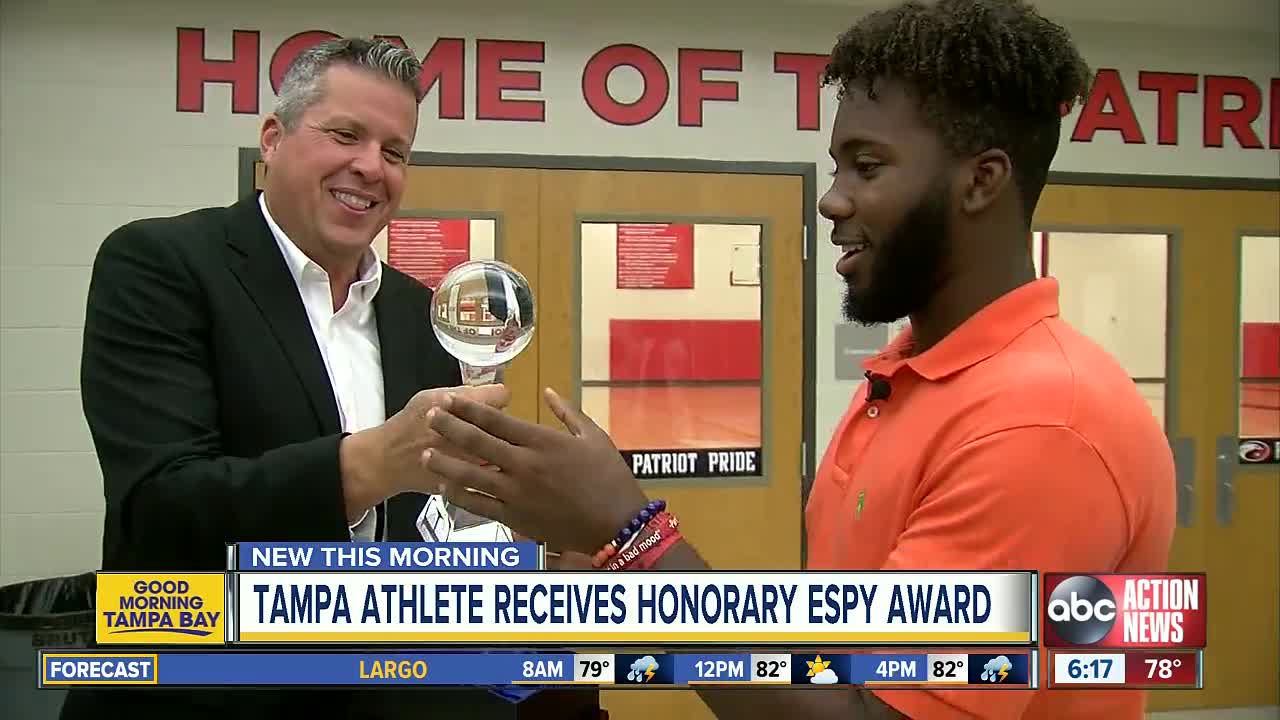 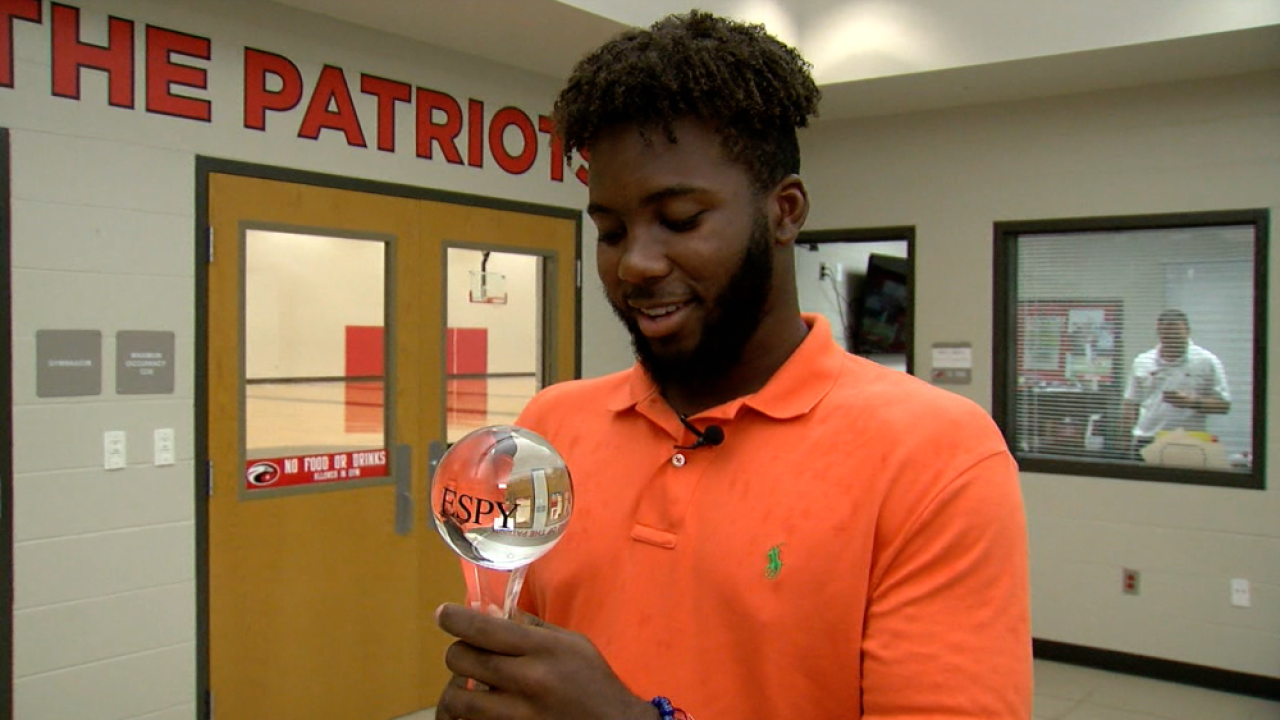 The tireless University of Florida freshman says the latest addition to his trophy case has special meaning.

“All my favorite athletes have won this, and now I have one, too,” says Jackson.

ESPN and ABC Action News chose N’Jhari as the recipient of an honorary ESPY Award, the annual given to athletes who excel on and off the field.

N’Jhari, a star on Carrollwood’s football and lacrosse teams, was moved by the gesture.

“Is this even real?” said Jackson when presented with the ESPY.

It is very real.

“You can be a great athlete, but if you don’t have the good morals as well, it cancels everything,” says Jackson.