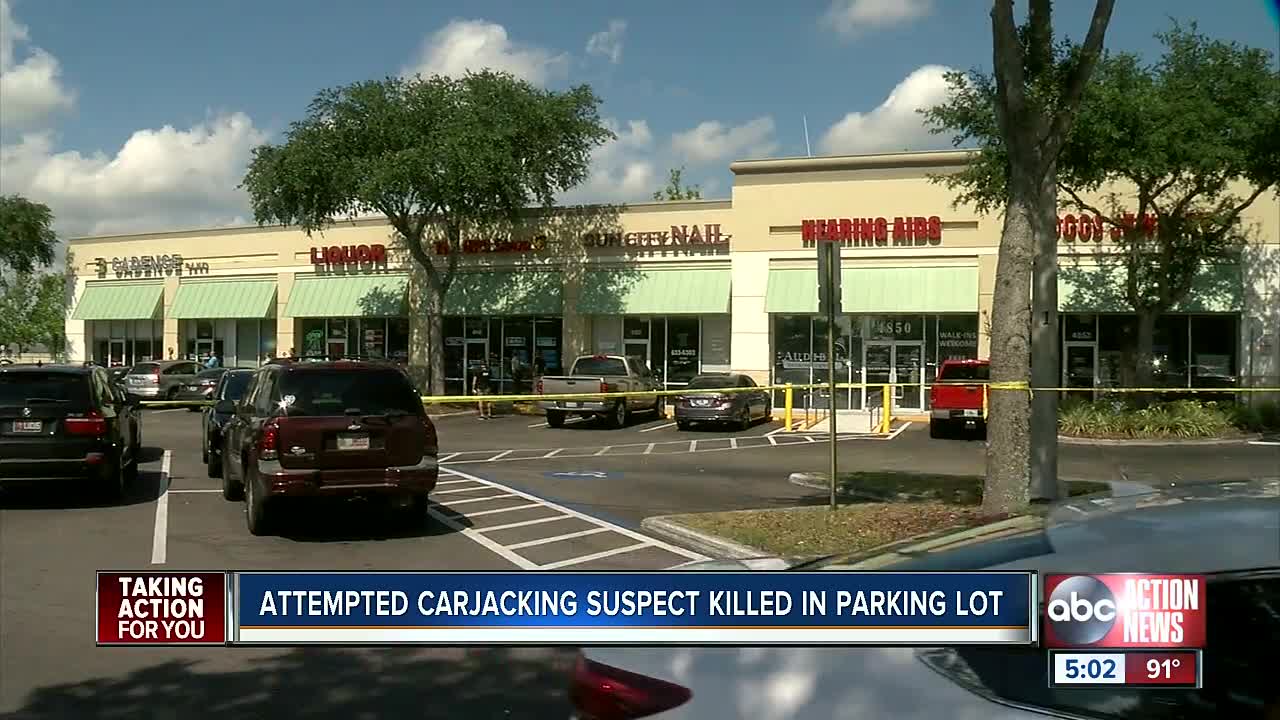 A suspect was shot and killed after multiple attempted carjackings in Hillsborough County. 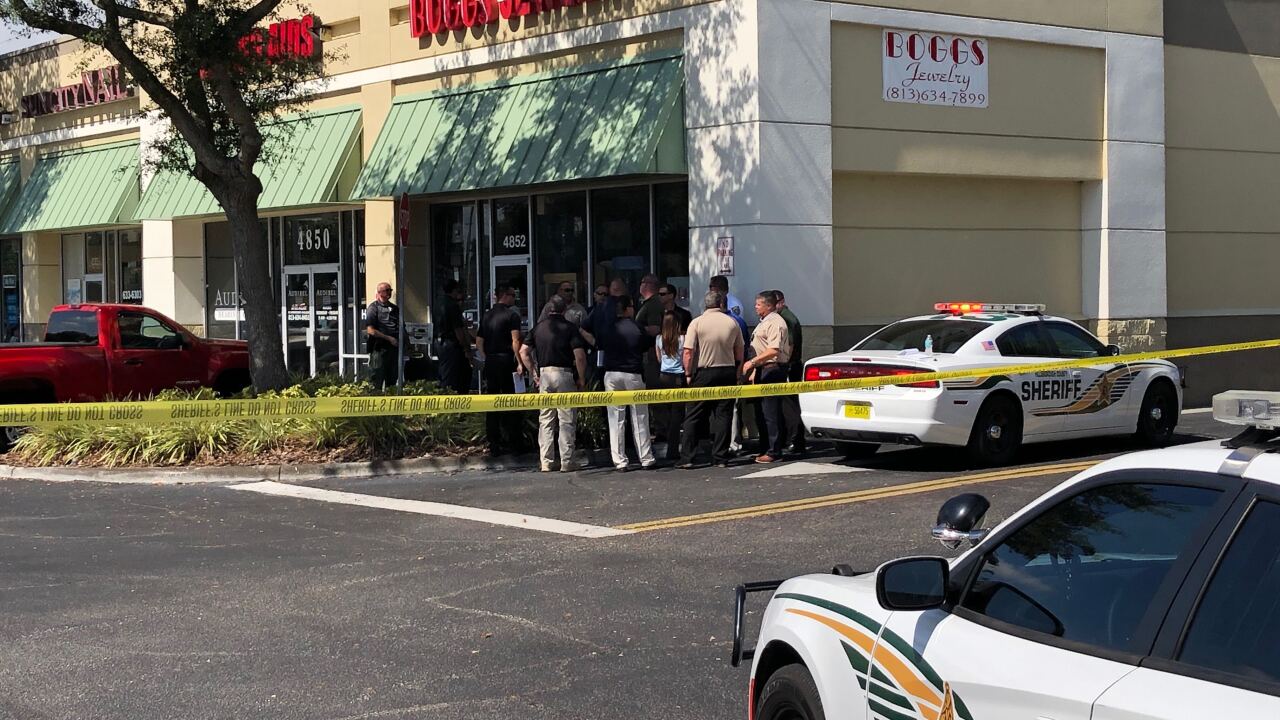 According to deputies, the incident happened around 9:10 a.m. on Tuesday in the parking lot of the Publix located at 4854 Sun City Blvd.

During a press conference, Hillsborough County Sheriff Chad Chronister said the suspect, later identified as 32-year-old Eric Jackson, was walking around with a semi-automatic handgun as he attempted to carjack multiple victims. After realizing the vehicles were locked, Jackson then tried to enter the businesses in the shopping plaza.

"A couple of them (the employees) even grabbed the door and were trying to secure the door," Sheriff Chronister said. "I have to note that at one point, as he was trying to carjack the cars, one of the Coke delivery individuals even positioned his truck between the suspect and potential victims."

As Jackson walked around, an employee told their supervisor that he might want to check on his vehicle. After going outside to check, he was confronted by Jackson. Deputies said the supervisor fired his legally-owned firearm in self defense, hitting Jackson in the upper body.

Jackson was transported to South Bay Hospital, where he was pronounced dead.

Employees say the store manager of Audible Hearing Center who pulled the trigger is having trouble dealing with what happened.

“For this to happen he had to be in fear of his life. He’s traumatized. It’s a shame for everyone involved. I can’t imagine taking someone's life. You have to live with that forever,” said Audible Hearing Center store employee Mike Wheeler.

“All I heard was boom, boom, boom. A bunch of shots,” said Debra Smith, who was taking her morning walk in the plaza.

“He might have saved someone else’s life. A guy breaking into cars that’s carrying a gun,” said Wheeler.

At this time no charges are filed.

"There is an active investigation and we’re working with law enforcement officials. We’re very thankful that our customers were not injured during this incident.” —Publix

“It was scary. It was very scary. That’s why I think we should keep our gun laws the way they are because it was a civilian that killed him,” said Smith.