They collected items they wanted future generations to know about and sealed them in a time capsule. It was part of a project led by then teacher Jeff Eakins and former school principal Joe Green.

Thursday afternoon, they gathered back at the school to see Green and Eakins, now the superintendent of Hillsborough County Schools, crack open the cement enclosure beneath a stairwell.

"That responsibility to share what you know with others that’s where that time capsule comes into play. The time capsule is going to be our way to share with those boys and girls 25 years from now," said Eakins, in a video of the 1991 ceremony.

The tape was one item pulled from the capsule.

"Very difficult to put into words how I feel because Cypress Creek was kind of my home for several years," said Green.

They also found old construction photos, a Vietnam veteran donated American flag that flew overseas and during the construction phase, a letter to the current principal, class photos and newspapers.

There were also letters from students, describing what they wanted to be when they grew up. Some wrote teachers, police officers, members of the military and one, the principal of the school. 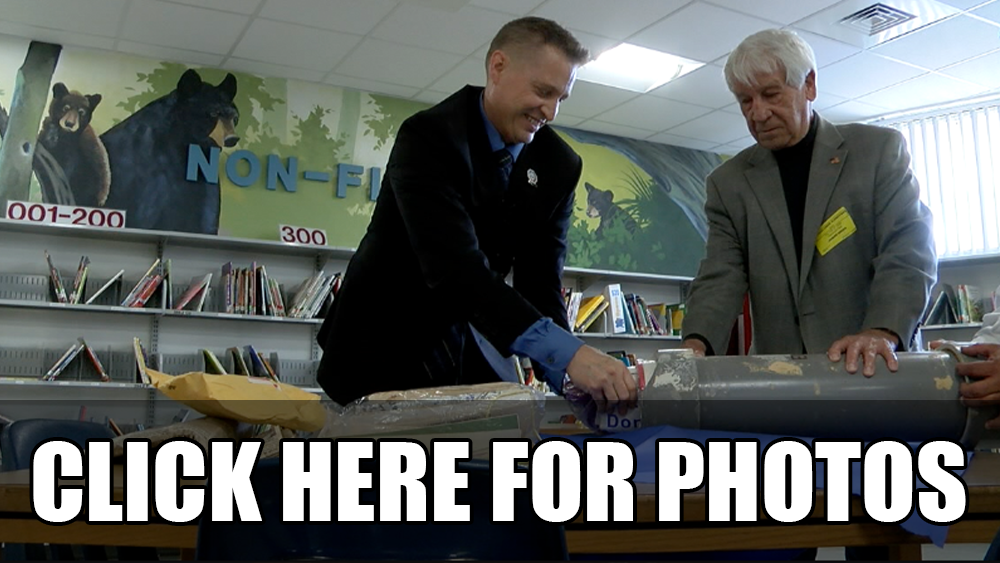 "He'll actually be a principal with a limousine," Eakins said.

The memories came flooding back.

"A lots of emotions just looking at all that old stuff," said former student Stacy Graves, who now teaches elsewhere in the district.

Her daughter now attends the schools.

"I think what I mostly think is really cool and is they let the kids put their own little writings in there," Martinez's daughter, Alinea, said.

Alinea said when she grows up she wants to help save animals and help the poor.

While some things have changed over time, Eakins said some are still the same.

"I think is one of the things you pick up through a ll of this the same type of love and care that happened 29 years ago at Cypress Creek is still happening today," he said.