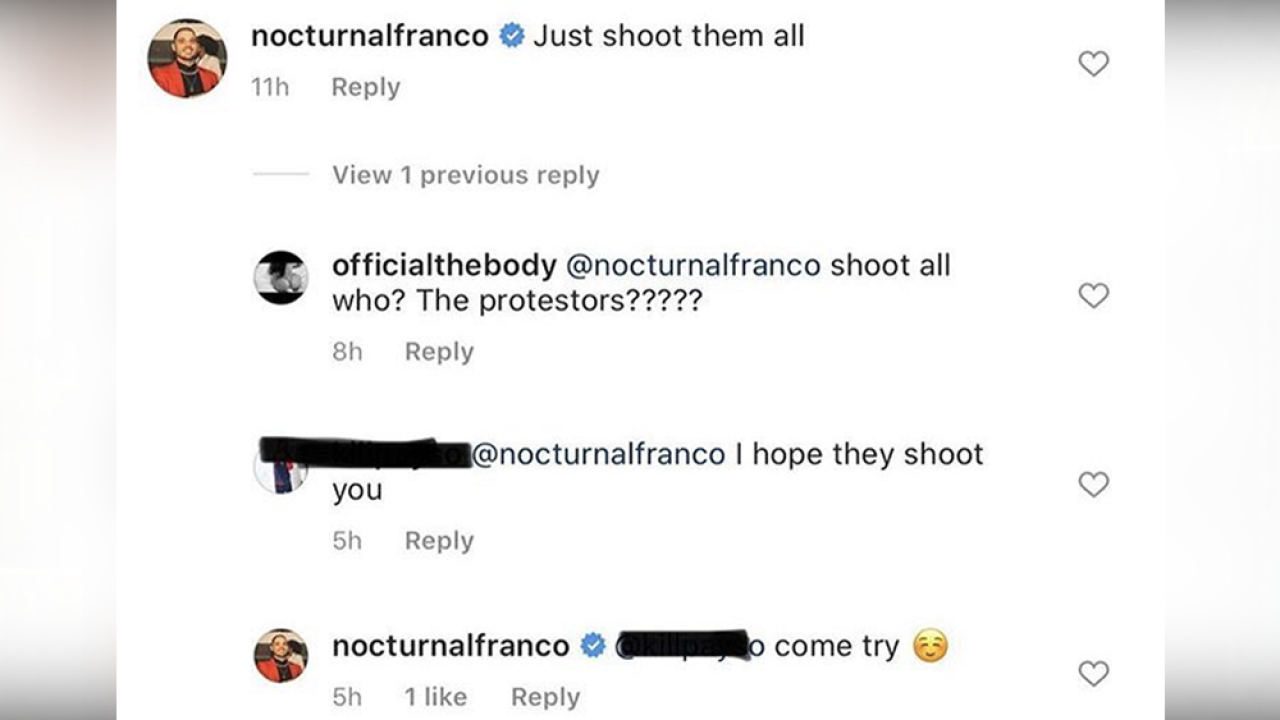 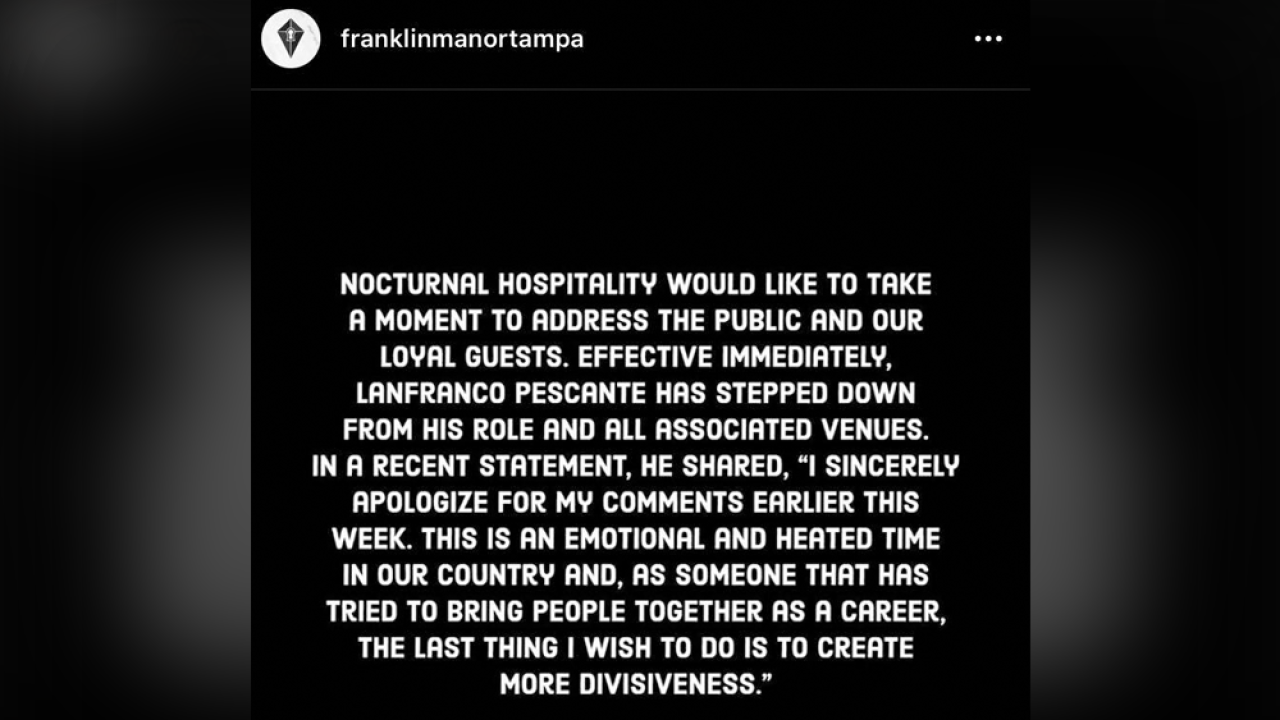 TAMPA, Fla. — Tampa Police Chief Brian Dugan says the State Attorney's Office as well as the FBI are working together regarding the comments made from former Franklin Manor co-owner Lanfranco Pescante on Tuesday.

On Monday, Instagram user @officialthebody posted about Pescante leaving the comment "just shoot them all" on one of her posts. Pescante resigned from his position with Nocturnal Hospitality after receiving backlash for the comments he posted.

"The comments yesterday, the Tampa Police Department did investigate," Chief Dugan said. "We have consulted closely with the State Attorney's Office and are now working with the FBI."

Immediately after Pescante posted his comment, users demanded everyone to not support the popular downtown Tampa restaurant-bar, along with the other restaurants he operates.

"I gave this man over 11 HOURS to explain himself or remove the comment. He didn’t. He continued to comment on it." —@officialthebody

On Wednesday, Chief Dugan expressed what this means for a police officer who may not agree with what Pescante had to say.

"You can imagine the emotions for a police officer who had to stand there and protect that property when they don't even agree with what that clown said, but that's what cops do," Chief Dugan said.

He said, as officers, they have to set political and personal opinions aside.

"Unfortunately, sometimes we are caught in the middle and [officers] have to do our jobs," he said.

Pescante's comments come nearly a week after the death of George Floyd in Minneapolis police custody.