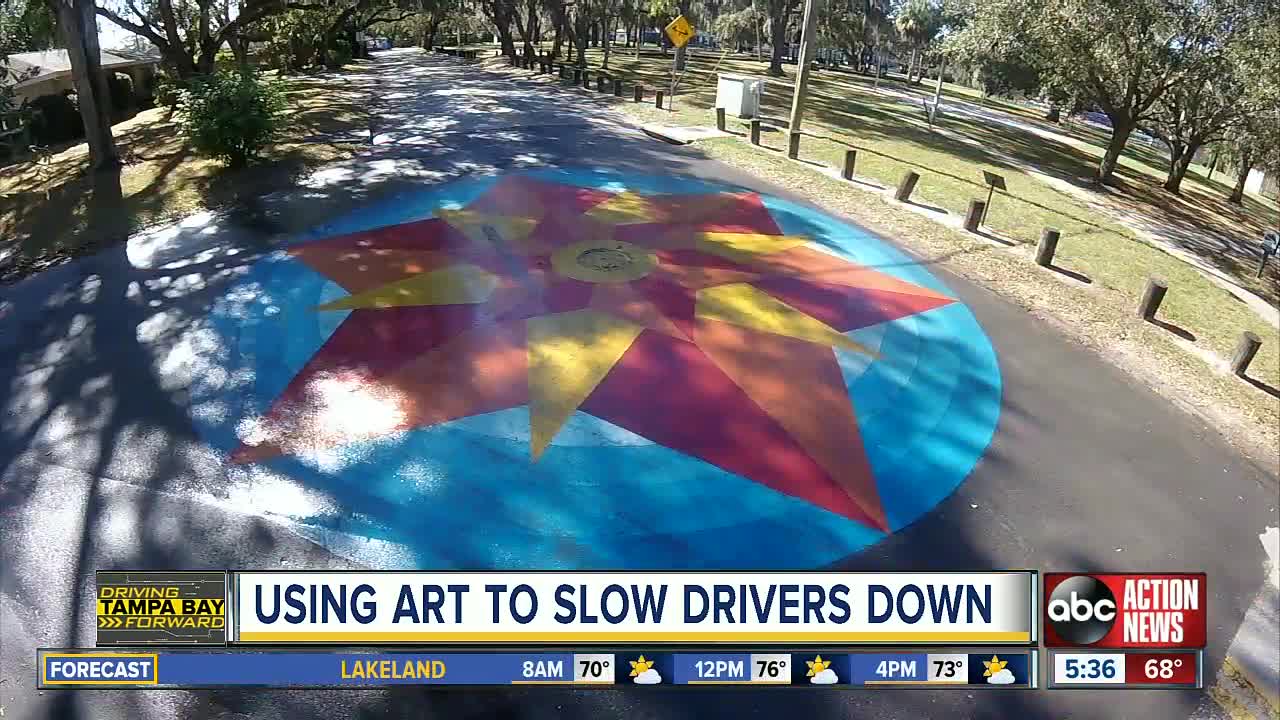 South Tampa neighbors are working together to beautify their neighborhood, and slow drivers down. 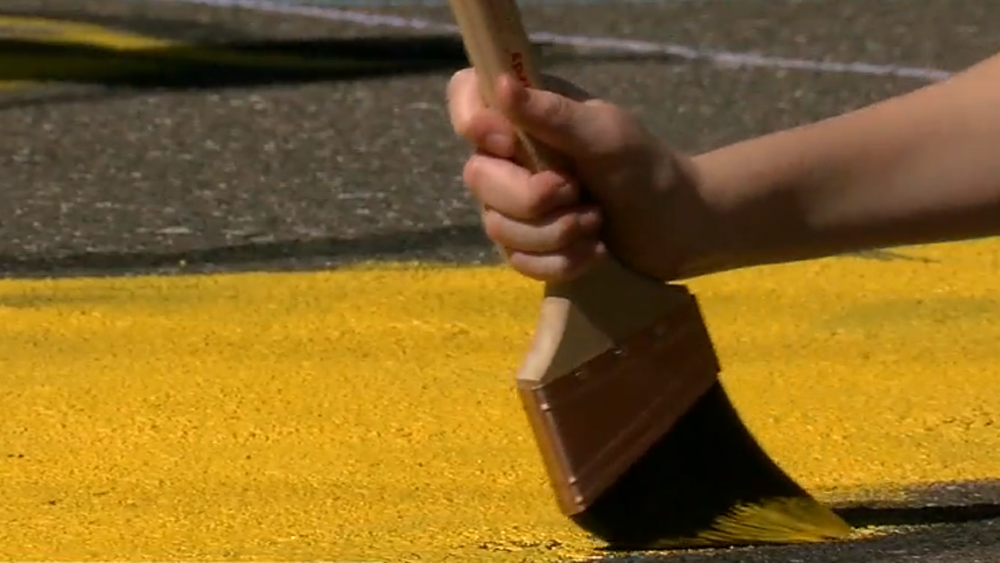 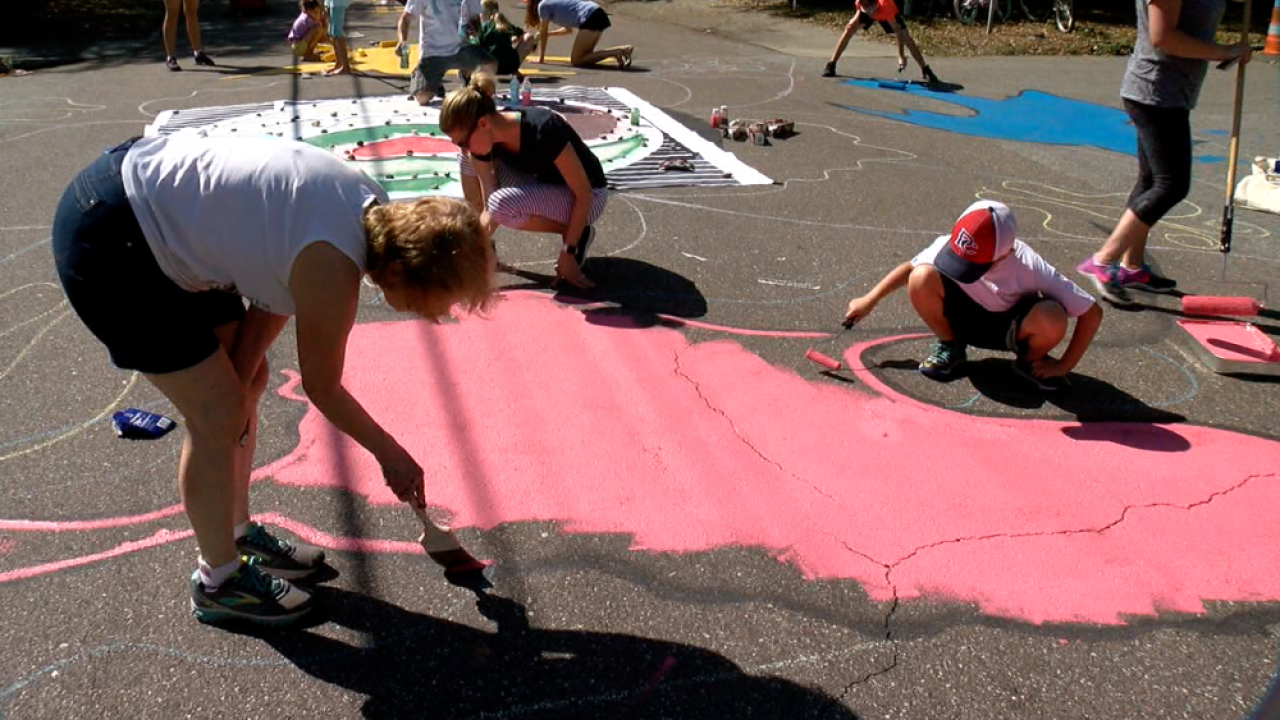 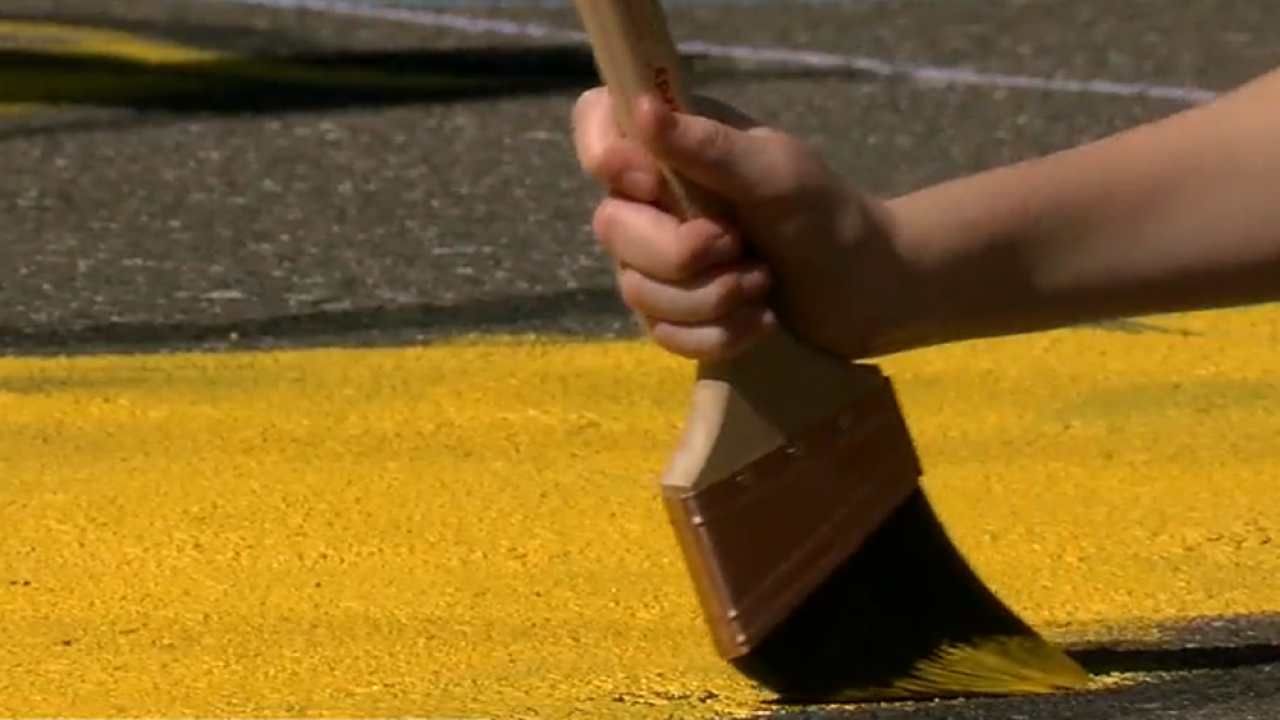 TAMPA, Fla. — Parents in south Tampa who say a walk to a nearby park is very dangerous for their kids are hoping this creative fix will slow drivers down.

"A lot of people cut through this street to go from Bay to Bay to Publix," said Kim Degance.

Degance is with the neighborhood association.

The intersection is not a four-way stop and has no speed humps or a crosswalk. The neighborhood has tried to get those things put in, but it's either impossible or will take too much time.

So now, they're hoping paint will slow drivers down.

"While we are trained as drivers to speed through blacktop, seeing paint in the road is generally a signal that there's something is going on and you have to slow down to find out what it is," said Emily Hinsdale.

Hinsdale is with the Sidewalk Stompers group, which worked with the neighborhood association to secure funding to for Tampa's Paint the Intersection program. It allows communities to paint murals in an intersection as a way to beautify the neighborhood, and slow drivers down. This started in Seminole Heights back in 2017.

According to Florida Highway Patrol, more than 170 people died on Hillsborough County roads in 2018. Fifty-two were pedestrians and ten were riding bikes.

Tampa officials say speeding complaints have decreased in Seminole Heights, thanks to the mural. The people living near Corona Park are hoping to have the same result.

"This is a great street to do this on to slow the traffic down," said Hinsdale.

The project costs less than $5,000. The country gave the neighborhood association a grant for pay for some of the cost.