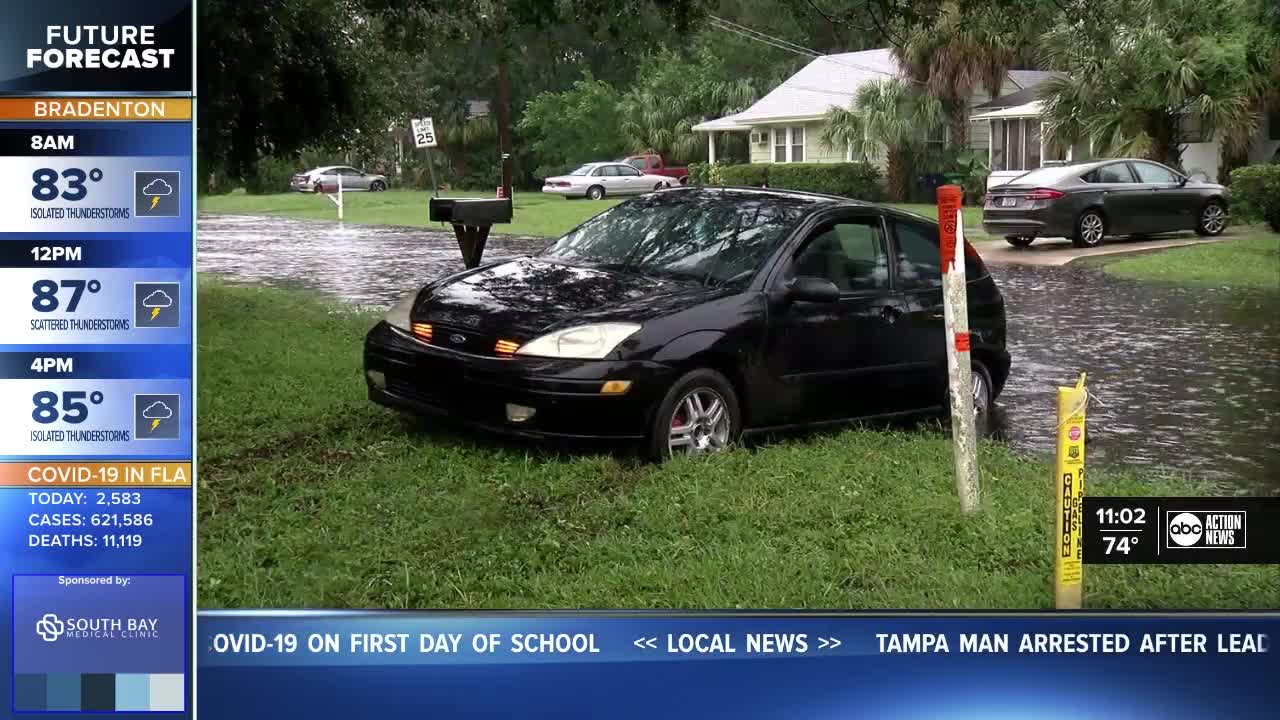 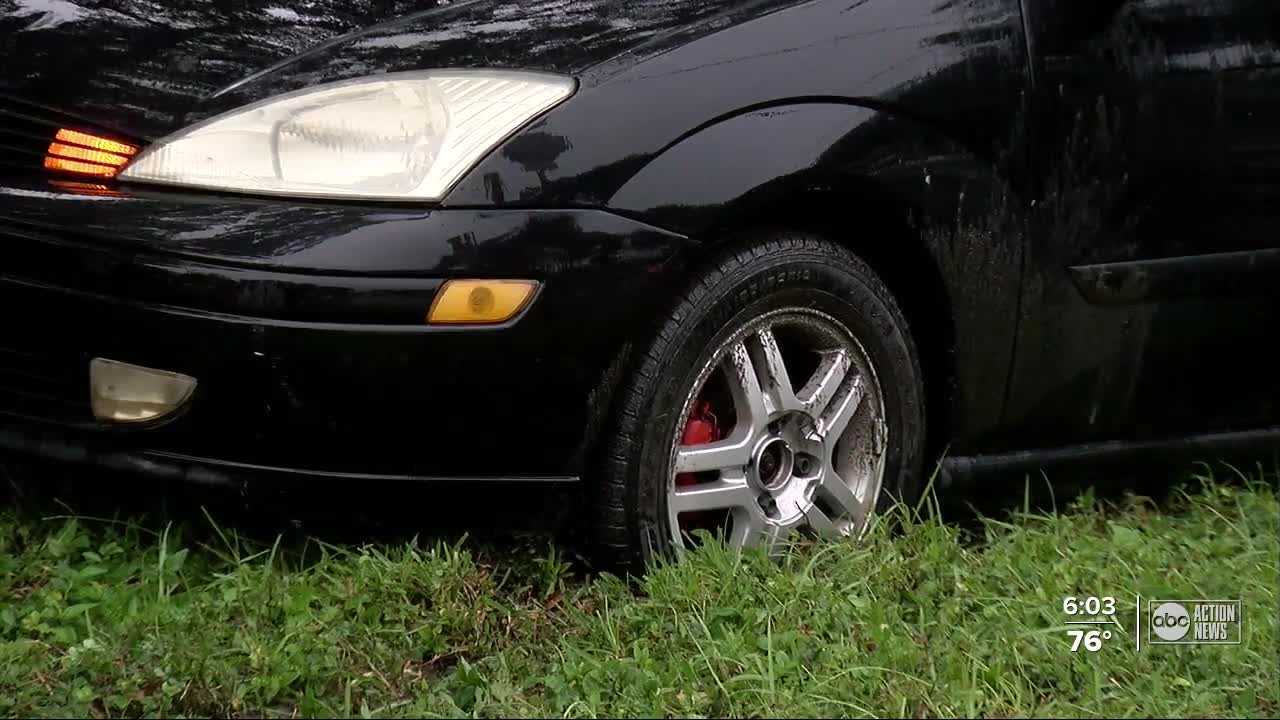 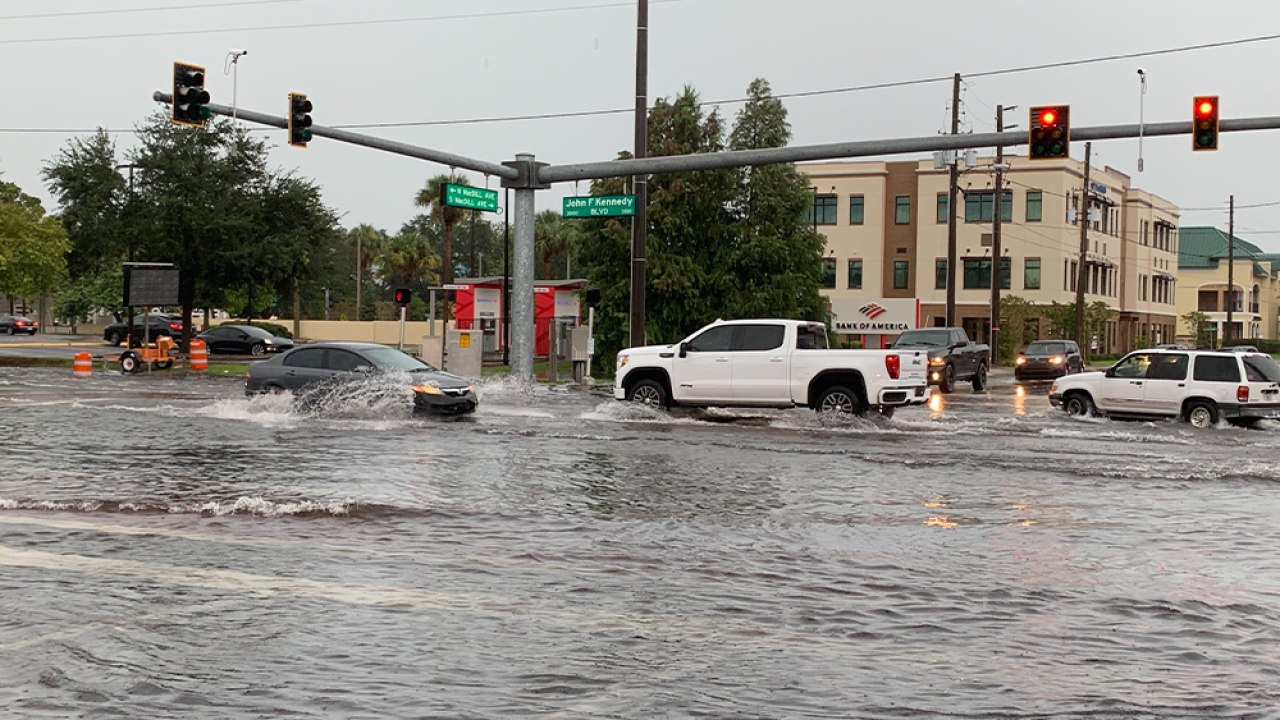 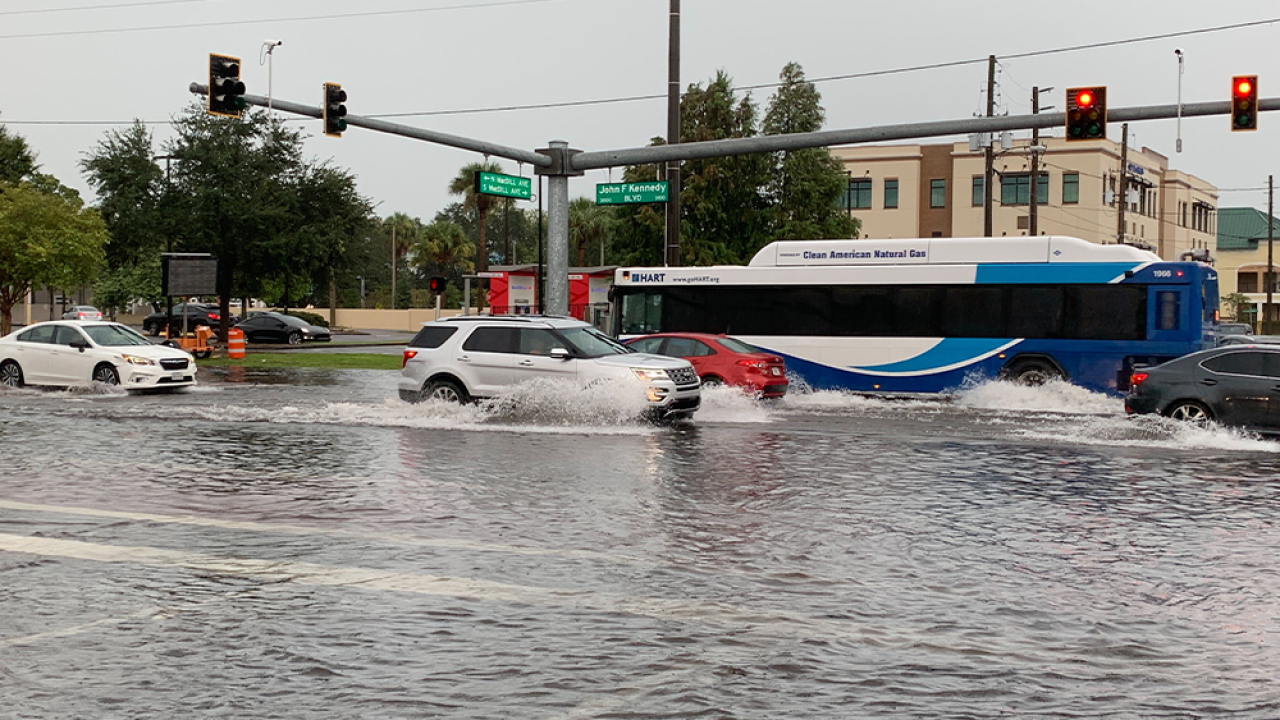 TAMPA, Fla. — Some Tampa areas experienced flooding due to showers and storms in the Tampa Bay area Sunday.

On Sunday afternoon, drivers along Kennedy Boulevard pulled off on the side of the road due to floods. Several drivers even abandoned their cars for a bit and walked home.

While there were cars stuck in the water on Kennedy, much of the flooding happened on the side streets back in the neighborhoods.

Multiple cars were stuck near the corner of Kennedy Boulevard and Habana Avenue. Drivers just sat while they waited for tow trucks or for the water to drain.

"I thought it was only gonna be a couple of inches, so I thought, 'yes, I could make it,' but really it's like a couple of feet, so definitely couldn't make it in my little tiny car," said Angelique Bernier.

For drivers in South Tampa, these flooding issues surrounding Kennedy Boulevard are nothing new. A warehouse owner on Rome Avenue said he is fed up with the drainage issues in South Tampa and wants the city to do something about it.

"Every time we have heavy rain, this whole street floods. I've had 8 inches of standing water in my warehouse, cars come up the road, they push waves, it batters my door, this is the second door I've had to have repaired, and it's just a real bad drainage issue, and my understanding is the city’s aware of it, and they’ve chosen to do nothing.”" said Charles McKeon.

We are working to find out whether or not the city does have plans to fix the drainage issues surrounding Kennedy Boulevard.

The water finally receded on Kennedy allowing traffic to move at a normal pace.