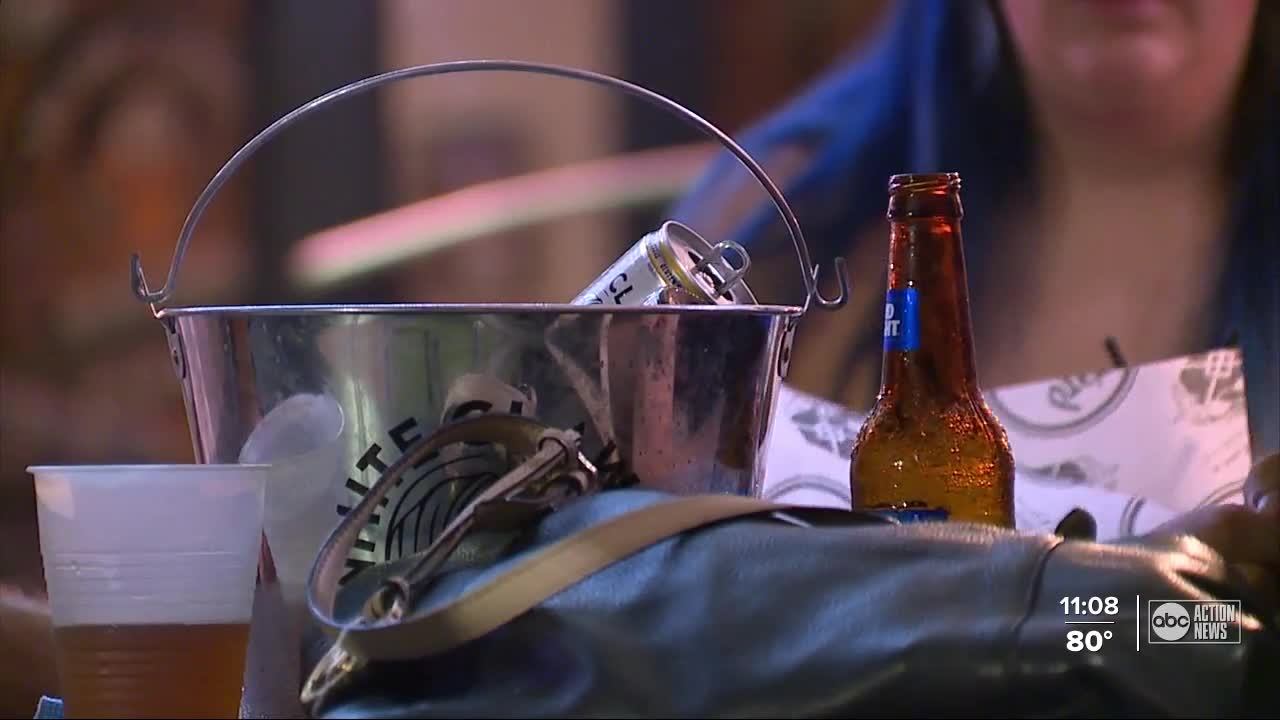 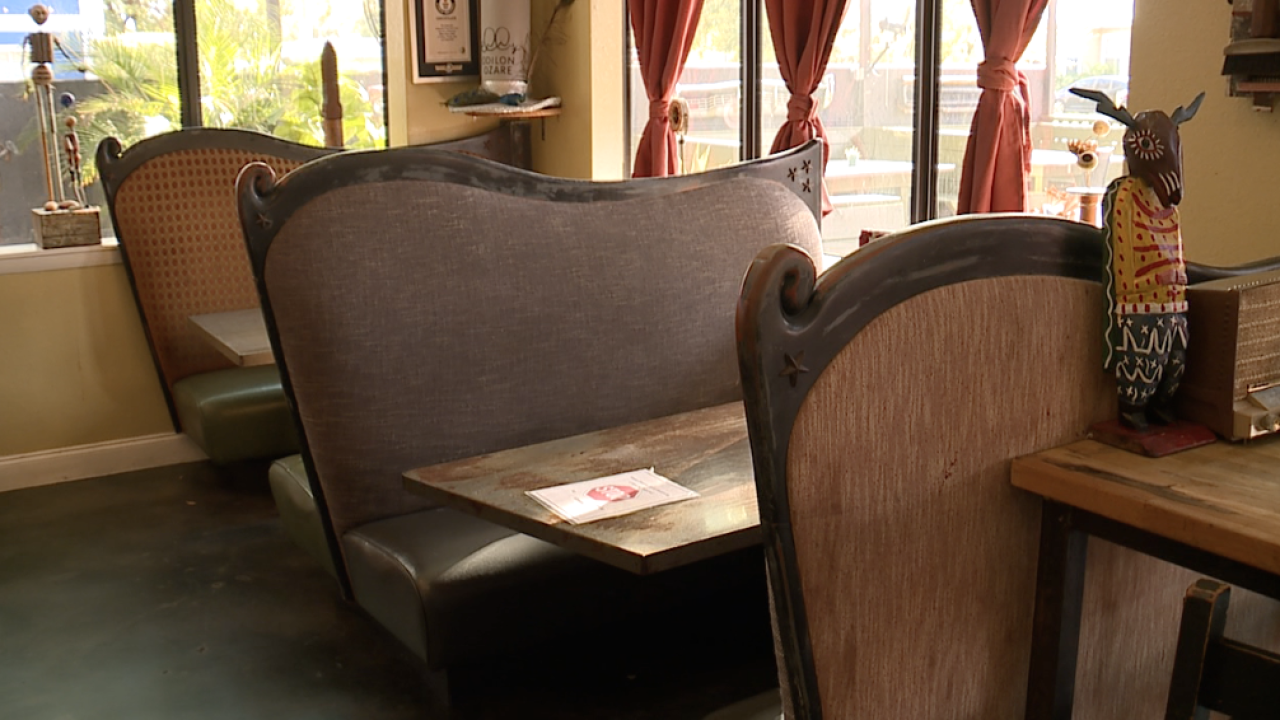 TAMPA, Fla. — While restaurants and bars have the green light from the state to seat full capacity in Florida, some Tampa businesses are keeping their reopening to a slower pace.

“We were definitely a little scared on how we were to proceed without any sort of clear plan laid out for us. It just kind of dropped out of the sky and everyone had to act fast,” said Melissa Deming, the owner of Ella’s Americana Folk Art Cafe in Seminole Heights.

Demings said rather than open at 100 percent capacity, the restaurant will stick to 50 percent.

“We have worked so hard this year just to get to the place we are in right now. It’s been a struggle to survive and we were scared for something to jeopardize those efforts,” she said.

Other efforts include distancing tables, sanitizing and wearing masks.

Tampa Mayor Jane Castor said people still need to wear masks indoors. Under the state order, individuals cannot be fined. However, she said businesses can still be fined, though the city has focused on education in its enforcement.

“We can’t keep struggling to make forward progress only to be knocked back. We have so many things that are going on in our community,” said Castor. “We have the Super Bowl that’s coming. We’re gonna win the Stanley Cup, we’re gonna win the World Series. We want to get back up on our feet, be a safe location where conventions can come back, tours can come back, people can get back to normal but it’s just gonna take that much longer if we keep getting knocked backwards.”

The state allows local jurisdictions to limit restaurant capacity to less than 100 percent, though no less than 50 percent, provided an emergency order quantifies the economic impact of each limitation on those restaurants and explains why it's necessary for public health.

In Tampa, the mayor said restaurants and bars can open at 100 percent capacity.

While she said she believes restaurants can distance, the mayor expressed concerns about bars.

“I feel for the bar owners and the employees. I certainly understand the significance and the impact, the economic impact of the position that I’m taking but I have also fought to have CARES funding used to supplement the bars so they wouldn’t have to open up. I just don’t see a good way, a good safe process for opening up bars right now that doesn’t lead to a spike in COVID19 cases like it did the first round,” Castor said.

According to the Florida Department of Business and Professional Regulation, “…Prior state restrictions on bars, nightclubs and other entertainment businesses are effectively lifted by the superseding of these previous executive orders.”

The Tampa Police Department said they’ll continue to educate business owners and patrons on the benefits of wearing masks.

Meanwhile, Pinellas County says its face-covering ordinance remains in effect, as well as rules that patrons must be seated to be served a drink.

The Columbia Restaurant Group, which owns restaurants throughout the Tampa Bay region, said while it’s adding a few more tables and chairs, it’s holding off on opening at 100 percent capacity.

“We’re gonna wait and see what happens. It’s important for us to watch the results and but safety, health and the customers and our staff is really, really important to us,” said the group’s chief marketing officer, Michael Kilgore.