The Hillsborough County Sheriff's Office is investigating a shooting that may have occurred at the intersection of Sheldon Road and Waters Avenue in Town 'N' Country Friday morning.

HILLSBOROUGH COUNTY, Fla. — The Hillsborough County Sheriff's Office is seeking to identify two people who they believe may have witnessed a drive-by shooting in Town 'N' Country Friday morning.

Deputies say that around 2:30 a.m., a 44-year-old victim was shot in the upper torso while in a vehicle near the intersection of Sheldon Road and Waters Avenue West. Deputies say the victim was in the front passenger seat of his friends' truck when an unidentified vehicle drove by them and fired multiple rounds.

The victim is in stable condition at a local hospital, according to HCSO.

HCSO Detectives are looking to identify two individuals featured in the following photos to determine what information they may know in relation to this matter. 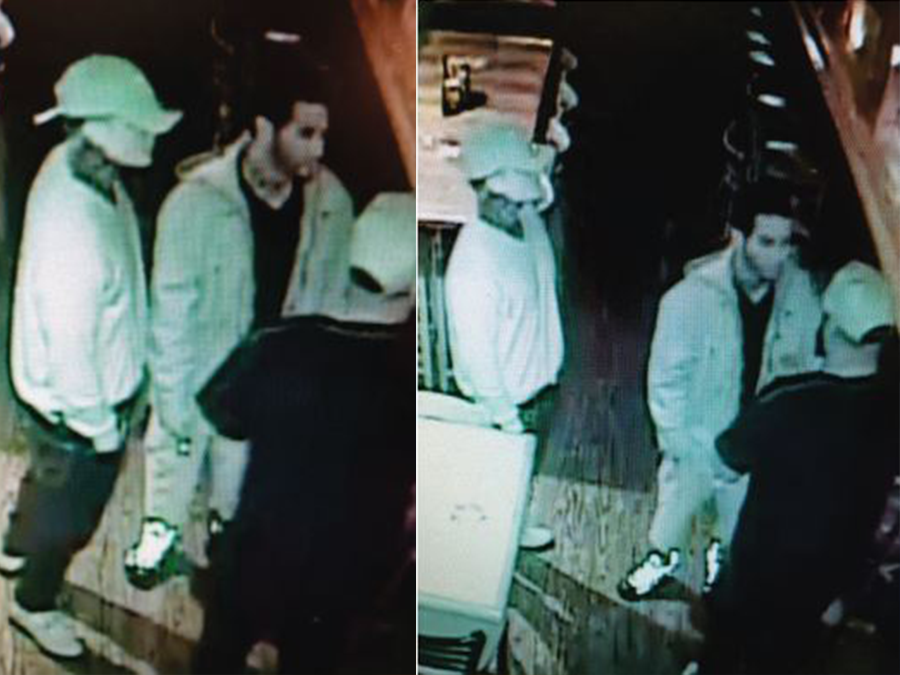 The two subjects are described as:

1: A Hispanic male in his early 20's with multiple tattoos on his neck. He was last seen wearing a long sleeve shirt, baseball hat, dark colored pants and white shoes.

2: A Hispanic male in his early 20's with short black hair and beard. He also had multiple tattoos on his neck. He was last seen wearing a white jacket, dark colored shirt and light colored pants.

Deputies say that earlier in the evening, the victim and the two subjects were involved in an altercation while at Dagwood's Sports Tavern on Sheldon Road.

Anyone with any information in reference to this incident is asked to call the Hillsborough County Sheriff's Office at 813-247-8200. You may also send an anonymous tip from a smartphone using HCSOSheriff app available on both android and apple products. To be eligible for a cash reward, call Crime Stoppers at 1-800-873-TIPS.