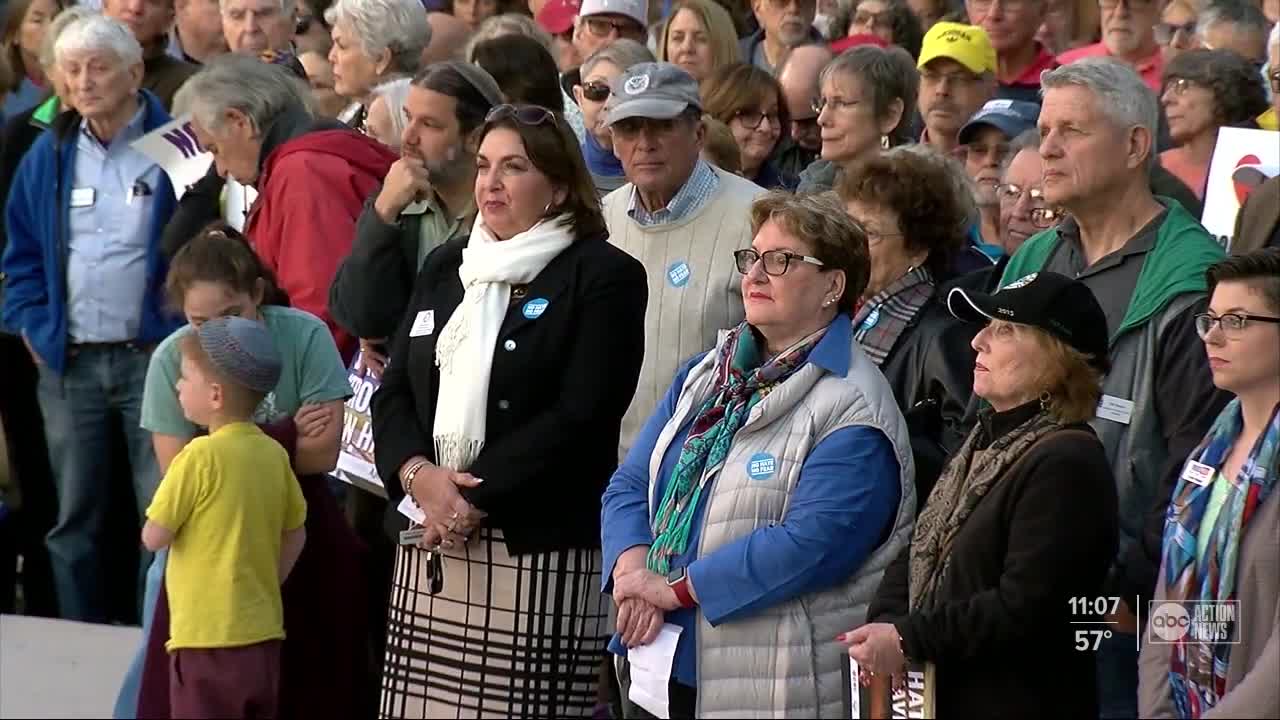 AJC West Coast Florida and the Jewish Federation of Sarasota-Manatee held a rally in Sarasota on Wednesday night. Hundreds gathered at J.D. Hamel Park to stand up against anti-Semitism. 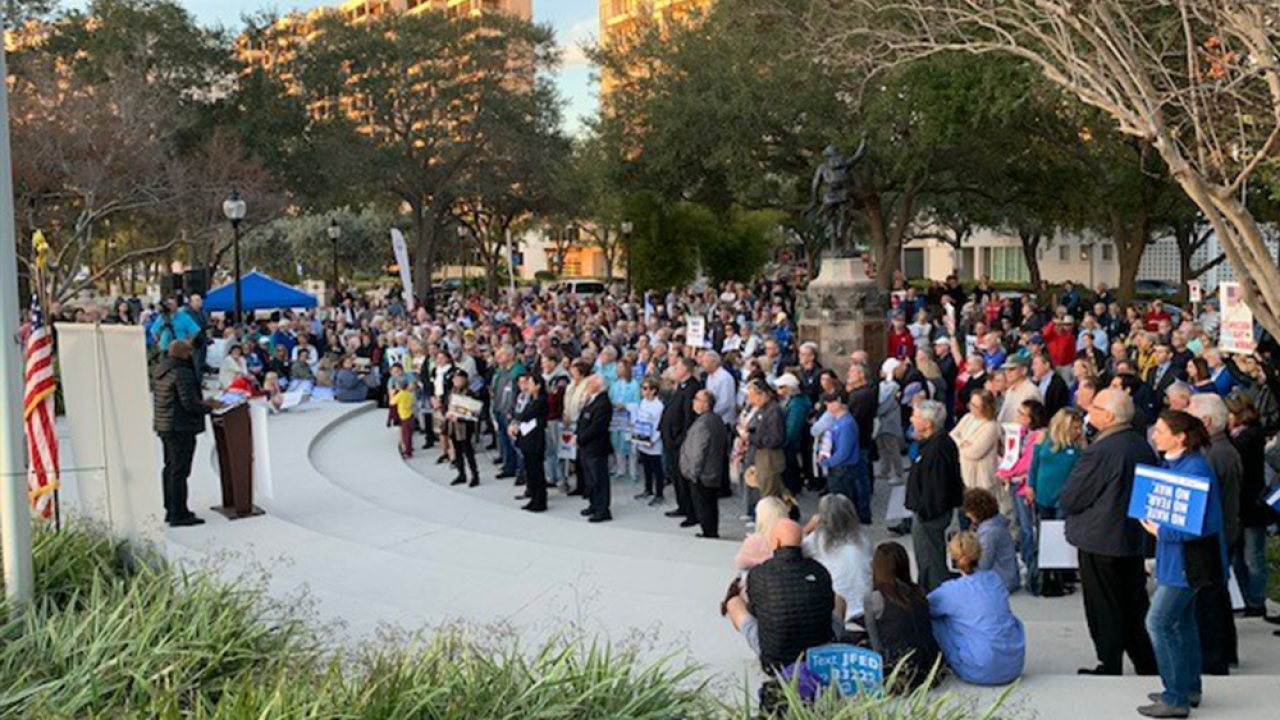 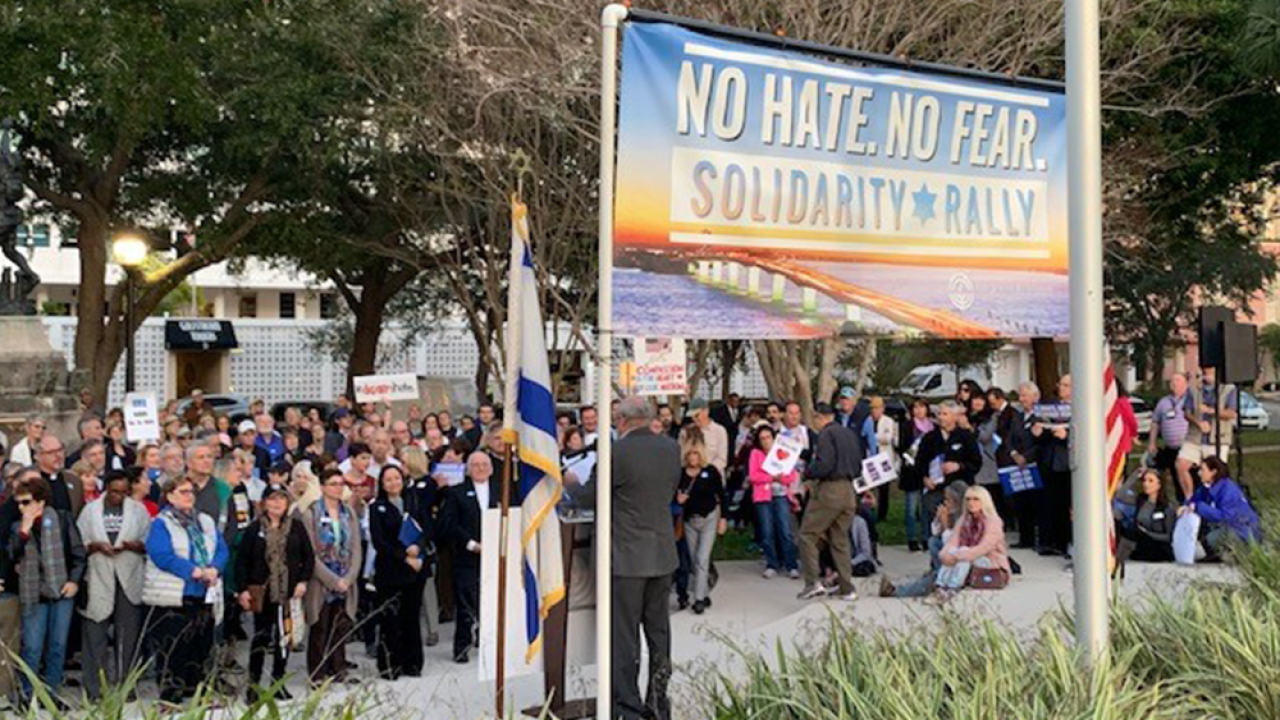 TAMPA, Fla. -- Hundreds gathered in Sarasota for a solidarity rally after anti-Semitic attacks in other states.

AJC West Coast Florida and the Jewish Federation of Sarasota-Manatee encouraged people in attendance to stand in solidarity against hate and support the rights of all people.

The rally was held after anti-Semitic attacks in New York. The most recent attack occurred inside a rabbi's home in a suburb of New York City. A man wielding a machete stabbed at least five people who had gathered for Hanukkah celebrations.

"With the events of the last few weeks in New York and New Jersey, basically enough is enough and I think it was time for our community to come together," said Howard Tevlowitz.

Howard Tevlowitz, the CEO of the Jewish Federation of Sarasota-Manatee, estimates there are about 30,000 people in the Jewish community in Sarasota and Manatee counties.

"We doubled our population in the last 18 years," said Tevlowitz.

Tevlowitz said he is working to increase security at local synagogues.

"We're going to be hiring a security director for the entire Jewish community within the next two months and we’re meeting with all the synagogues and organizations that actually have buildings," he said.

"I was not raised Jewish. I’ve been attending a synagogue in Sarasota for awhile and made a lot of friends," said Hickman.

"Pray and love each other regardless of what we look like or what we believe," she added.