Rescuers save four birds from strange cases of entanglement 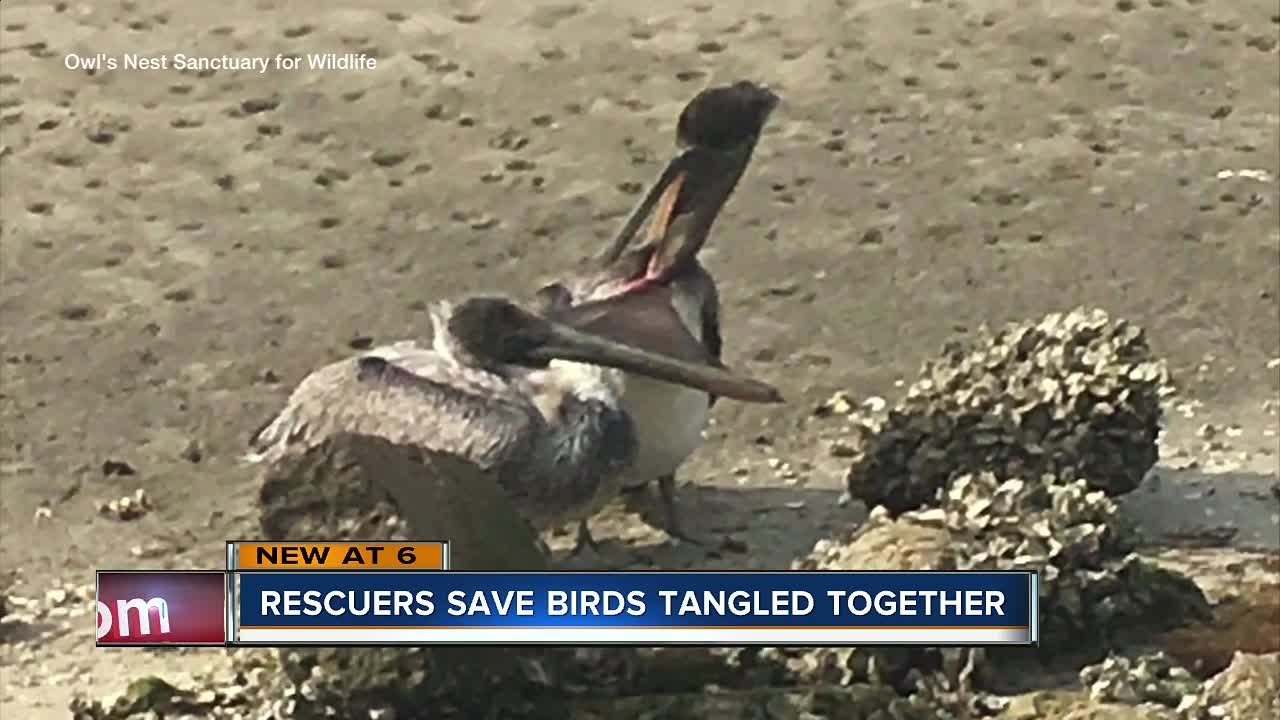 Some very strange cases of birds getting entangled together shocked rescuers recently when they discovered the cause. 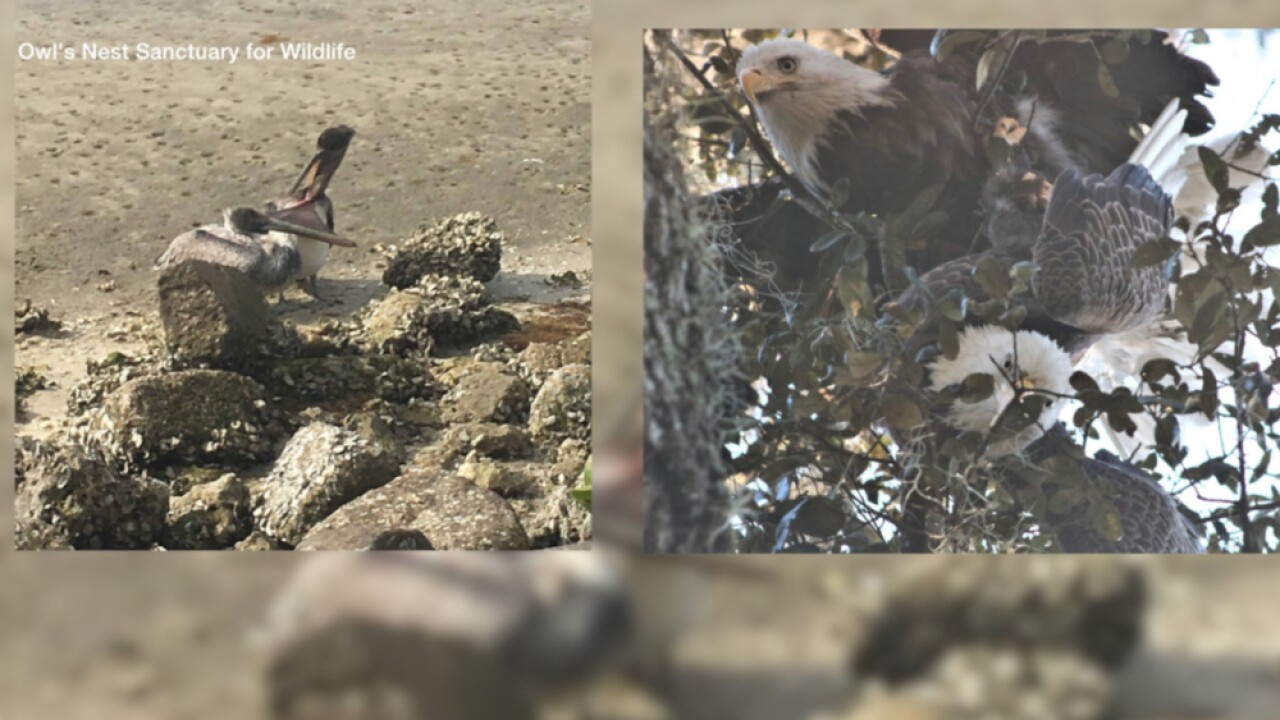 TAMPA, Fla. — Some very strange cases of birds getting entangled together shocked rescuers recently when they discovered the cause.

When wildlife rescuers were called to a scene where two pelicans were entangled together, they grabbed their equipment to cut away fishing line and hooks —the normal cause of entanglement. But they were shocked to find no fishing equipment on the birds.

Somehow a young pelican had gotten its head stuck through a hole in an adult pelican's pouch which was then wrapped around the young pelican’s neck.

"We have seen many pouch injuries over the years from pelicans, that was one of the worst ones we’ve seen," said Dr. Pete Black, Busch Gardens' senior veterinarian.

Dr. Black says it could’ve happened from fighting over food. The young pelican was able to be treated at the scene. The other was brought to Busch Gardens' Animal Care Center.

"It took over 200 stitches to put that bird back together but we were able to get that pouch completely closed," said Black.

And that wasn’t the only strange entanglement Busch Gardens veterinarians treated recently.

This week two eagles became entangled together in a tree after falling from the sky when fighting over territory.

"In this case where they were locked up and hit a tree that adds extra injuries to the whole scenario," said Black.

The injured eagle was treated by vets and is expected to make a complete recovery. Both of the strange cases were likely caused by fighting, but thanks to people contacting wildlife rescuers, all of the birds were saved.

"When you're ever faced with a scenario where you find something that might be in trouble, contact a local rehab and they can help you out," said Black.