Protest calls for the removal of Christopher Columbus statue in Tampa

Protest heated up when TPD showed up 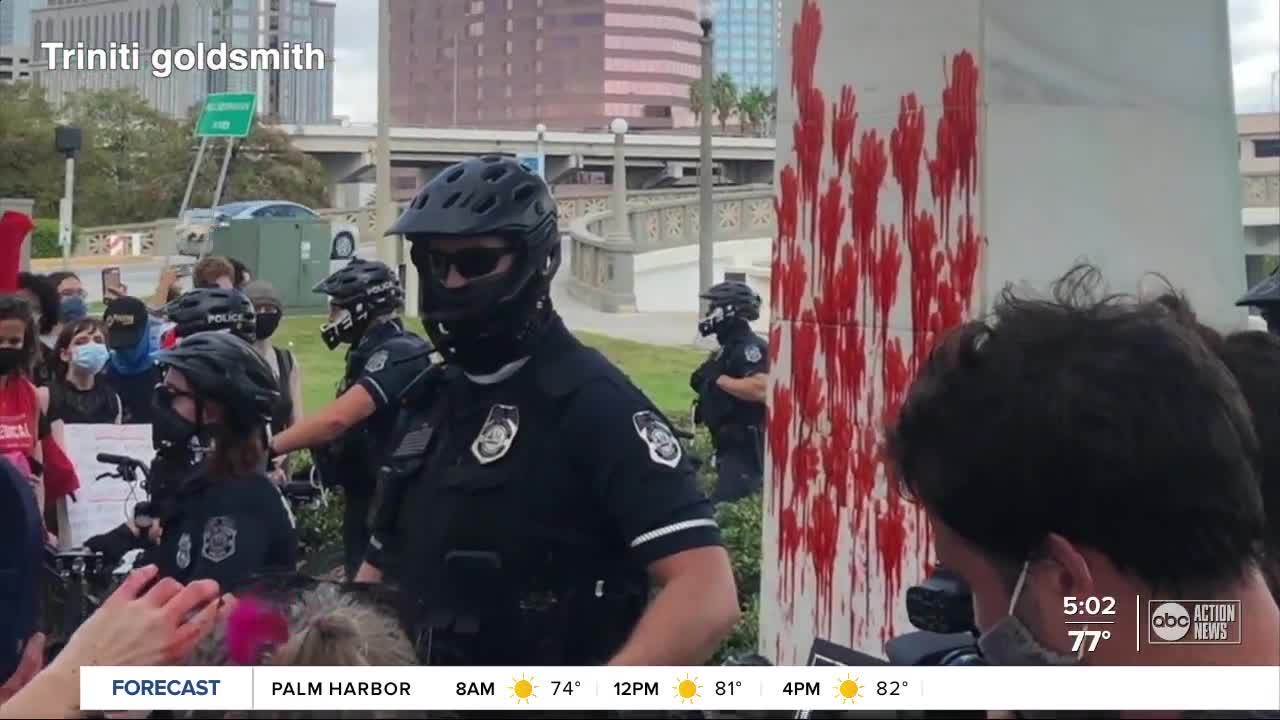 A Christopher Columbus protest got a little tense when Tampa police showed up on Sunday. Story: https://wfts.tv/33PsyVd 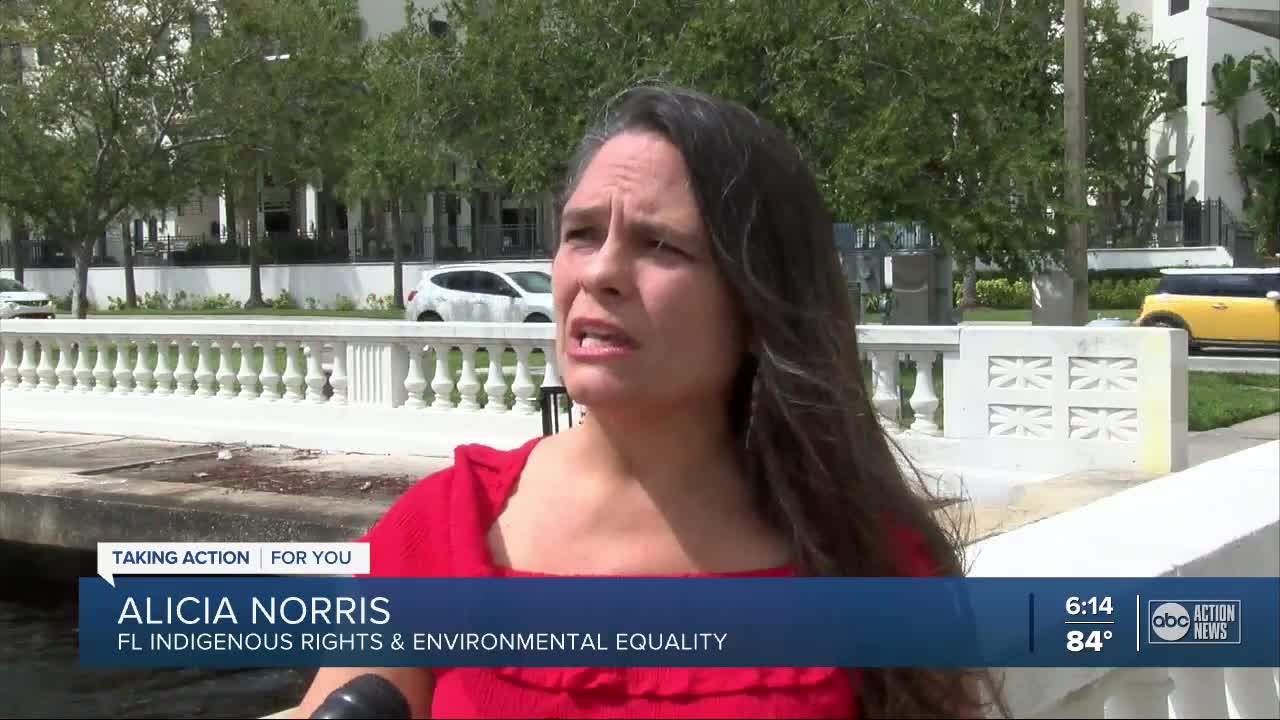 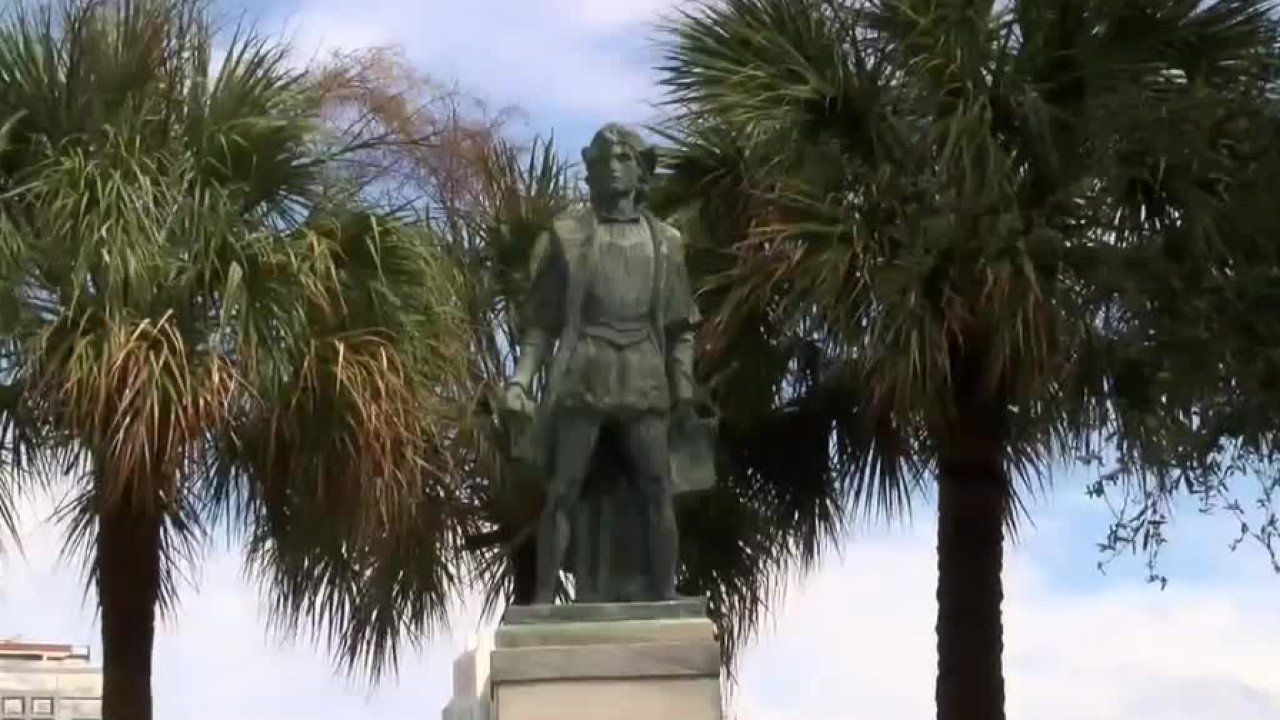 TAMPA, Fla. — A Christopher Columbus protest got a little tense when Tampa police showed up on Sunday.

“They said they are here to protect the statue,” said Alicia Norris.

Norris is a member of the Florida Indigenous Rights and Environmental Equality organization. They hold protests every year, especially around Columbus Day.

“We’re out here today to bring awareness and education to the honoring of somebody who brought genocide to this continent,” said Norris.

Nearly 100 people attended Sunday’s protest. It started with a march down Bayshore Blvd. to Columbus Park. There were a few speakers, ritual dance and toward the end, they left their hand prints on the base of the statue with washable paint.

Norris said they were breaking up and preparing to leave when several bike police officers showed up.

Some of the protesters started shouting at the officers explaining to them what they were doing and why they were protesting the statue, but no one got physical.

Norris, nor the other protesters know why the officers showed up, but they believe someone living near by called 911.

“Someone had to call,” said Triniti Goldsmith, a protestor. “We were peaceful, and the paint washes off.”

“FIREE” held a similar protest in St. Pete last year. The police weren’t called, but the statue was removed a few days later.

Norris is hoping Tampa leaders will do the same. They also want the name of the park to be changed.

This is part of a national movement calling for the removal of statues and memorials that are considered offensive and racist.

FIREE is pushing Florida leaders to change Columbus Day to Indigenous People Day as other states have done.

“What’s happening is people are starting to see their voices can matter,” said Norris.